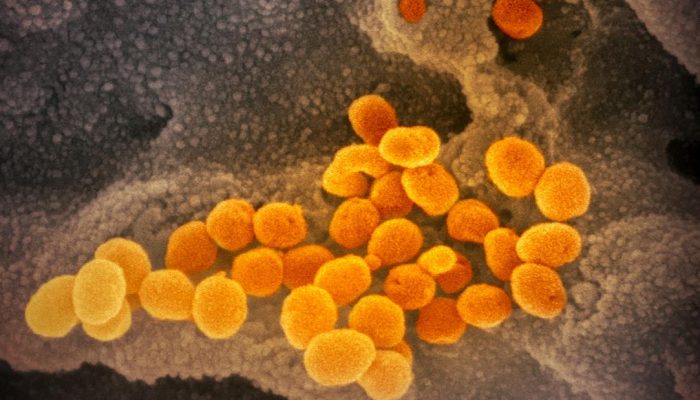 
The treatment is monoclonal antibody therapy, and the antibodies come from people who have recovered from the novel coronavirus. Researchers then take the blood, select the most potent antibodies, and make them into a drug.

One company, Regeneron Pharmaceuticals, hopes to have a treatment available to patients as early as the end of the summer.

“I think monoclonal antibody therapy has enormous promise as the next big thing for Covid-19,” said Dr. Peter Hotez, a vaccine specialist at Baylor University School of Medicine who is not involved in the research.

Monoclonal antibody therapy is a modern take on convalescent plasma, where someone who has recovered from coronavirus donates blood to someone who is currently ill.

Even if convalescent plasma is effective — it’s still being studied — it has two shortcomings.

First, one person can only give so much blood. Second, the donor might not have enough strong antibodies for the blood donation to be effective.

To develop a monoclonal antibody treatment, researchers cull through thousands of antibodies to find the best ones, and then clone them potentially in unlimited amounts.

“One of the things about the search is it’s a little bit like finding a needle in a haystack. We’re all searching for the magical antibody that’s a silver bullet,” said Dr. James Crowe, who’s leading the Covid-19 monoclonal antibody effort at Vanderbilt University Medical Center.

Regeneron is hoping to start clinical trials for an antibody treatment for coronavirus in humans as soon as next month, and if everything goes right, perhaps have a treatment ready for widespread distribution by the end of the summer.

“We generated thousands of [antibodies] and then selected the most powerful and potent ones to grow up into an antibody cocktail,” said company president Dr. George Yancopoulos.

Like any treatment under development, it might not pan out. But if it does, it could treat coronavirus and possibly also prevent infection for a period of time.

A vaccine would likely offer longer lasting immunity, but that would likely take longer to develop, with the earliest estimates set at January.

“I think antibodies will be finished first, and will be the bridge toward longer immunity, which will be conferred by vaccines,” said Crowe, director of the Vanderbilt Vaccine Center at Vanderbilt University Medical Center.

In mid-January, researchers at the Rockefeller University in New York City heard from the National Institutes of Health: Get to work because we hope to have coronavirus antibodies cloned by the spring.

The city — and in particular one synagogue — had been hit hard by a coronavirus outbreak.

“I’m Jewish, and I’m Orthodox, and I know people at Young Israel. I have friends in New Rochelle. Our kids went to school together, so I could go into the community and make my case,” said Horowitz, executive director of strategic operations in the immunology laboratory at Rockefeller.

In all, more than 100 people donated blood for the study, many of them from the New Rochelle community. Some of their stories will be told in an upcoming documentary, “Rebel Blood The Race to Cure Covid-19.”

The lead scientist in Rockefeller’s monoclonal antibody effort compares it to battle, noting that convalescent plasma has been used for more than a century.

“If you’re thinking about a war, and you’re fighting a war with a drug that came out of the early part of the 20thcentury, the monoclonal antibody is like a guided nuclear warhead in comparison,” said Dr. Michel Nussenzweig, a professor at Rockefeller.

Research by several US teams

Regeneron anticipates starting clinical trials next month and hopes to provide “hundreds of thousands of doses” to patients by the end of the summer, Yancopoulos said.

“We’re using the same exact technology now to come up with a specific tailored approach against Covid-19,” Yancopoulos said.

Other companies gave a longer timeline. For example, Crowe, the doctor at Vanderbilt, said he anticipates it will be around the first quarter of next year before his team might have a Covid monoclonal antibody treatment ready to distribute.

He said it’s a good sign that several teams are working on monoclonal antibodies.

“I think the more groups we have working on it, all the better, and the more shots on goal we have for getting an effective prevention or treatment,” he said.