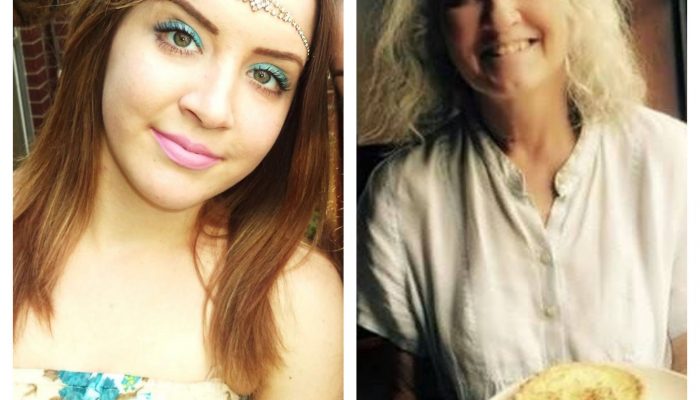 Sherry Lloyd has not slept well for more than a week since her daughter stopped calling from prison.

About seven months into a five-year sentence, Margot Lloyd had entered her third trimester of pregnancy. Every day, sometimes twice a day, she relayed her fears and anxiety about the growing COVID-19 pandemic over phone calls with her mother.

Then, April 13, the calls stopped. After two days of silence, Sherry learned Margot’s prison in Dickinson was on lockdown. One of guard’s tested positive – the first known case in her unit, which houses pregnant women in their third trimester. Sherry’s anxiety spiked.

“I’m terrified,” said Sherry, who lives in Northwest Harris County. “Not just for her but for all the pregnant inmates, especially knowing they’re more prone to respiratory infections.”

Inmates can still communicate by mail during a lockdown, but Sherry remains in the dark. She doesn’t know whether Margot received the letter she sent last week. The mother also said she hasn’t been given clear answers from prison officials about her daughter’s well-being.

Sherry’s angst illustrates the fear that families face when they cannot regularly talk to their loved ones in a locked down prison facility impacted by the pandemic. For Sherry and her husband, the anxiety extends to their unborn grandchild.

The Centers for Disease Control and Prevention says pregnant women experience changes in their body that can increase their risk of infections. They also have a higher chance of severe illness when infected with viruses from the same family as COVID-19, as well as other viral respiratory infections, according to the agency.

It’s unlikely that a mother will transmit the virus to the baby during pregnancy, the agency said, but a newborn is still vulnerable to person-to-person spread.

Margot is confined to the Carole Young Medical Facility, roughly 40 miles southeast of Houston. Currently she is among 21 pregnant inmates in the facility, which provides daily access to Hospital Galveston and health clinics. The other roughly 400 inmates include women who need routine medical attention.

Now 28, Margot was convicted in 2019 of aggravated assault against a public servant in Harris County. Once her pregnancy passed 32 weeks, she was transferred from the Plane State Jail in Dayton to the Young Unit. The facility offers prenatal care, and most inmates give birth at Hospital Galveston. Margot’s due date is May 11.

“She made some stupid mistakes, and she’s paying for it,” said Sherry’s husband, Lee Lloyd, who is battling stage 4 colorectal cancer. “She doesn’t need to pay for it by getting the coronavirus on top of that.”

At first, the pandemic hadn’t revealed itself at the Young Unit, even as other prisons began reporting positive cases. In conversations with her mother, Margot felt she was too close to other inmates in her dorm. She worried they could be asymptomatic carriers of the virus. Guards moving in and out of the prison also fed her apprehension.

Then Margot and her mother stumbled upon a news story that alarmed them. Earlier this month, doctors in Fort Worth performed an emergency C-section on a federal prisoner who was suspected to have COVID-19, according to media reports. The woman ended up on a ventilator in critical condition, but the baby was doing well.

About a week later, a guard in the Young Unit tested positive, prompting a medical lockdown at the facility. Margot can’t leave her dorm, where she lives with roughly 70 other prisoners, Sherry said.

TDCJ spokesman Jeremy Desel said pregnant inmates are abiding by the same quarantine standards as the other prisoners in the general population. Inmates exposed to the virus are confined to one part of the unit. Those who show symptoms or test positive are further isolated from the other prisoners and they receive regular medical checks.

By Tuesday, all 15 tests among inmates at the Young Unit had come back negative. No other guards at the unit have tested positive.

Sherry routinely checks the COVID-19 data on the TDCJ website, waiting for the Young Unit’s first inmate to test positive. Meanwhile, she’s emailed prison executives and state officials for more details on protections for pregnant inmates. The lack of responses compounds her struggle, she said.

“To literally not have the power to do anything is frustrating and depressing and makes me feel incredibly sad because I cannot help my daughter,” she said. “I think about how it must make her feel to have no power whatsoever over her life, and that is hard for me to deal with.”