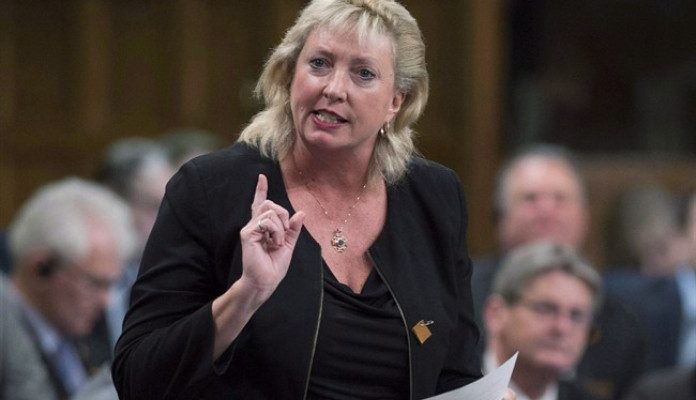 Sarnia-Lambton MP Marilyn Gladu is arguing that her comments were “taken out of context” after direct quotes and audio show her promoting a controversial and unproven treatment for COVID-19 and calling for people to get back to work.

Gladu tweeted that her “comments were taken out of context and do not accurately represent the full plan needed,” adding that Canadians “have questions about how the [government] is preparing for future waves of this pandemic and whether or not they will fast track new medications.”

My comments were taken out of context and do not accurately represent the full plan needed. We are in an unprecedented health crisis right now and Canadians rely on advice from health experts that is based on evidence and research./1 https://t.co/yzhOyjWq9l

In an interview conducted by Melanie Irwin of Blackburn News on April 14 and published the following day, Gladu specifically refers to the treatment of “hydroxychloroquine, with azithromycin and zinc sulphate” as having a “nearly 100 per cent recovery rate” in patients with COVID-19.

Numerous studies are underway in Canada to test the efficacy of hydroxychloroquine — which had been touted by U.S. President Donald Trump as potentially “something really incredible” — including one out of Western University in London, Ont., where researchers stressed that researchers don’t yet know “whether it’s safe or effective, and it should not be routinely recommended.”

In the interview with Blackburn News, Gladu also said seniors and people with underlying health issues need to self-isolate and protect themselves but “for the rest of the public, we need to get back to work and we need to implement cures that have been proven and are being done with our partners and our friends in the U.S.”

Global News has reached out to Gladu for additional comment but her office says she “will not be commenting on this matter any further.”

While seniors face a heightened risk when it comes to COVID-19, youth are not immune from becoming seriously ill or even dying as a result of the virus.

The World Health Organization emergencies chief Dr. Mike Ryan said on March 29 that as much as 10 per cent to 15 per cent of people under 50 had a moderate to severe infection. In France, more than half of the first 300 people admitted to intensive care units were under 60. Italy reported that a quarter of its cases as of March 29 were among people ages 19 to 50. In Spain, a third are under age 44. In the U.S., the Centers for Disease Control and Prevention’s first snapshot of cases found 29 per cent were aged 20 to 44.

Gladu went on to lament the impacts a strategy to flatten the curve have had on the economy, suggesting strict measures were disproportionate.

She also said that “for most of the population this is not a concern.”

“At some point the economy will be irreparably damaged and that’s a result even worse than what we’re seeing.”

While the economy has undoubtedly been severely impacted by the pandemic, experts stress that loosening restrictions would result in even more deaths.

“It will be challenging to try to keep people’s livelihoods safe, and the restrictions are a strain for sure,” Dr. Lynora Saxinger, a physician specializing in infectious diseases at the University of Alberta, told Global News on April 10.

“But you can’t even worry about a livelihood if you don’t have a life.”

At that time, Saxinger also noted that if a large number of young people get sick in a short period of time and health-care resources are unable to cope, there is a higher risk of death from COVID-19, not to mention other diseases since “unchecked transmission increases deaths of all causes” because there aren’t enough resources to care for medical episodes like heart attacks, given that people could spend weeks on ventilators.

— With files from The Associated Press and Global News’ Phil Heidenreich.