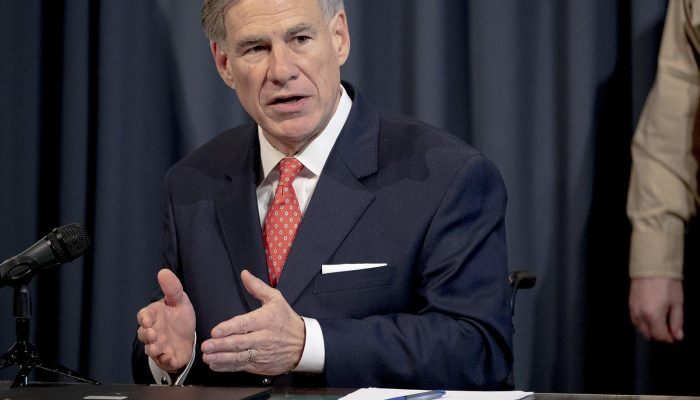 One day after Gov. Greg Abbott saw a glimmer of hope in recent COVID-19 trends, a new round of numbers brought a sobering dash of reality Tuesday.

Abbott did warn that his optimism came with “a whole bunch of red flags attached,” including a suspicion that COVID-19 testing and reporting tend to decline over the weekend.

The 31 deaths reported were an all-time high for a single day, while the number of known infections rose by 718, dwarfing Monday’s increase of 422 cases (which had been the lowest one-day increase since late March).

In addition, a jump of 233 COVID-19 patients hospitalized across the state ended a streak that had seen hospital numbers decline for three consecutive days.

The updated numbers, provided by the Department of State Health Services on Tuesday afternoon, listed 318 deaths, 1,409 hospitalizations and 14,624 known cases of COVID-19 in the state.

Abbott’s office did not respond to a request for comment on the new numbers Tuesday.

Abbott is preparing this week to unveil an executive order and initiative aimed at boosting a state economy devastated by coronavirus-related business closings.

The effort will be guided by a team that will work with medical professionals to reopen closed businesses, beginning with those that will have “zero impact on the spread of COVID-19,” followed by expanded reopenings, Abbott said during a Monday news conference.

The process, Abbott emphasized, will be slow and will depend on reducing and containing the spread of the coronavirus to “make sure the state is a safe place for all Texans.”

“We want to expand those that will be able to open as we continue to show we are capable of containing the spread of the coronavirus in Texas,” he said.

Abbott also said increased testing would have to be an essential part of identifying and reducing infections across the state.

The Texas Public Health Coalition of more than 30 organizations focused on health — including the Texas Medical Association and Texas Nurses Association — endorsed Abbott’s gradual approach, noting that a science-based response is important because the ultimate course of the virus “is far from certain.”

“It is important to remember very few of Texas’ 29 million residents have immunity to COVID-19, and most remain susceptible to infection,” said Dr. John Carlo, chairman of the coalition. “Resuming economic activity too quickly could reestablish conditions that ignite rapid viral spread.”

To return to work and school safely, the coalition recommends an immediate increase in testing for the coronavirus, improved efforts to identify those who had contact with an infected individual, and a documented decline in new COVID-19 cases.

“By following public health recommendations so far, state and local elected officials have already saved lives. Any decisions to relax current restrictions and reopen the economy should continue to be guided by sound public health science and made with the state’s top public health experts at the table,” Carlo said Tuesday.

“The question is not whether Texans must assume risks during this time; rather, the question is: which is the greater risk? We believe that a decline in public health due to a lack of ordinary health care and the risk of Great Depression-like financial destruction require us to change our current response,” the letter said.