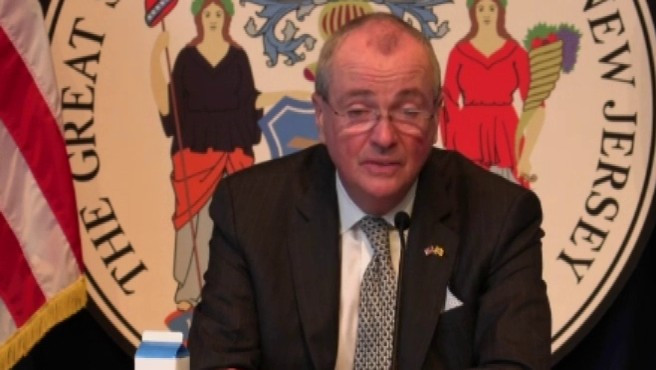 
What to KnowOn Tuesday, New Jersey’s death toll from the novel coronavirus jumped to 8,244, the second-most deaths of any U.S. state.More than half of the COVID-19-related deaths have occurred in long-term care facilities like nursing homes.Hospital cases from the new coronavirus have, however, been declining in recent weeks, Gov. Phil Murphy said.

New Jersey has hit a grim milestone in its fight against the new coronavirus as the death toll on Tuesday surpassed 8,000 with nursing homes particularly hard hit by the deadly COVID-19 virus.

Deaths from coronavirus-related complications climbed Tuesday to at least 8,244 – more than half the deaths (4,151) have happened at long-term care facilities – since the start of the coronavirus pandemic.

The increase of 334 more deaths came after Gov. Phil Murphy said that lower numbers revealed by the state’s department of health on Monday were likely due to reporting issues from over the weekend.

The focus at Tuesday’s news conference was on the spread of the deadly coronavirus in nursing homes.

“We know the long-term care issue has been among our biggest challenges – if not the biggest,” Murphy said.

We’ve lost too many lives of long-term care facilities residents to COVID-19. pic.twitter.com/TdSRsfBSTL

New Jersey Attorney General Gurbir Grewal said the impact of COVID-19 on some nursing homes was a like a “500-year flood.” He said that his office has yet to file any criminal charges, but that doesn’t mean the actions of the homes were proper as they dealt with the fallout of the deadly virus.

The investigation stemmed from a request from Murphy after news broke last month of a “makeshift morgue” at the state’s largest facility in Andover, New Jersey.

Grewal asked anyone with knowledge of long-term care misconduct to file a report online.

More than 500 of New Jersey’s nursing homes have had at least one COVID-19 case.

The northern part of New Jersey has been hardest hit by the virus, but the southern part has seen an increase of cases recently. The state has reported the second-most cases of the novel coronavirus with more than 130,000 positive tests reported as of Tuesday.

Murphy said Tuesday that overall cases could still be under reported due to a lag in reporting from the past several days.

Hospitalizations from COVID-19 remained around 5,300 as of late Monday night. That is down about 3,000 patients from just three weeks earlier, the Democratic governor said while noting an overall decline in hospital cases outside of the southern part of the state where hospitalizations have flattened out after a steady increase.

Ventilator use in New Jersey hospitals has also been declining.

Guidance on Billions in Federal Help

Murphy said that New Jersey on Monday received new guidance from U.S. Treasury Secretary Steven Mnuchin about how the state can use its $2.4-billion share of the federal CARES Act.

“We’ve received greater flexibility in how we can use this money – which means more of it will stay here in New Jersey,” Murphy said.

Under federal guidelines issued last month, the money has to be linked to coronavirus-related expenses but cannot be used, for example, to make up for lost tax revenue to keep general government services running, according to the Associated Press.

“I wish New Jersey had a low impact … and was hit not the second-most in the country, but the second-least,” said Steve Sweeney, the Democratic state Senate president in New Jersey. “We’d give the money to somebody else.”

Murphy called on Congress to pass bipartisan legislation to help states like his as they look to recover from the virus and the economic impact.

“We need Congress to step up, in a big way, to provide direct relief to the states,” the governor said.

Sens. Bill Cassidy, a Louisiana Republican, and Robert Menendez, a New Jersey Democrat, are proposing $500 billion more for state and local governments. Under their plan, the first one-third of the money would be allocated based on population, the second on the number of coronavirus cases and the third on the toll it’s taken on government budgets.

Nonessential businesses, large and small, in New Jersey remained closed as Murphy continued to push for social distancing as the best tool to slow the spread of the deadly virus. On Monday, Murphy closed schools to in-person learning for the remainder of the academic year.

Avalon and Stone Harbor announced that starting Friday people will be allowed back on the beach for running, walking, fishing and surfing as long as they are following social distancing rules. It is unclear when other Jersey Shore towns may look to ease restrictions.

Murphy said that for those looking toward Memorial Day Weekend, the unofficial start to summer along the Jersey Shore, that there is “no magic wand” to stop the spread of the disease.

The coronavirus causes only mild symptoms in many, but it can cause serious illness or death for some, particularly older adults and those with certain pre-existing health conditions.

About the Author: Dan Stamm