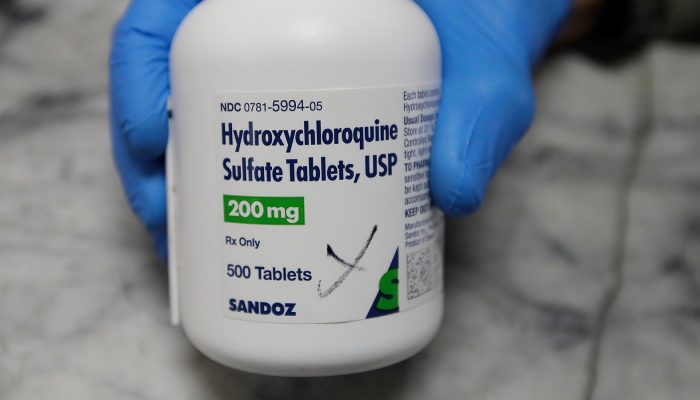 The federal agency led by Dr. Anthony Fauci issued guidelines on Tuesday that stated there is no proven drug for treating coronavirus patients, a finding that essentially reinforces Dr. Fauci’s dissent from President Trump’s repeated promotion of certain drugs without evidence to support their use.

The report echoed what frustrated doctors already know: Not enough is known about the highly infectious virus or how to combat it.

Months into the pandemic, a panel of experts convened by the research center Dr. Fauci leads, the National Institute of Allergy and Infectious Diseases, concluded that whenever possible, drug therapy should be given as part of a clinical trial, so that data can be collected to determine whether treatments work.

At the White House briefing, Mr. Trump said he had not seen the panel’s guidelines. Dr. Fauci, who often attends the briefings, was not there on Tuesday.

Dr. Fauci has repeatedly pushed back at the president’s enthusiasm over the malaria drugs hydroxychloroquine and chloroquine, sometimes disagreeing in public with Mr. Trump.

For weeks Dr. Fauci has stressed the lack of scientific evidence to back up any potential treatment, and this new document, which includes the expertise of more than a dozen federal agencies and professional groups, underscores his reasoning.

In a separate interview before the guidelines were released, Dr. Fauci said there were many clinical trials underway. “Right now, it is premature to say if something is going to be a home run or not,” he said. “Right now there are no early indications of a home run anywhere. There’s nothing that has been dramatic at all.”

Clinical trials are monitored by safety boards that can stop a trial early if a treatment shows a powerful effect. So far, none of the trials have been halted, Dr. Fauci said.

Experts have collected insufficient data to recommend either for or against the use of any antiviral drug or medication that affects the immune system in patients with Covid-19 who have mild, moderate, severe or critical illness, according to the guidelines.

The decision by the National Institutes of Health panel not to recommend either for or against a treatment included the antiviral remdesivir, which is being studied in several trials in the United States and around the world. Data is also lacking about the use of so-called convalescent plasma donated by coronavirus survivors to provide antibodies that might help patients fight the disease.

But the expert panel did specifically advise against several treatments unless they were given in clinical trials. One was the combination of the malaria drug hydroxychloroquine plus the antibiotic azithromycin, which Mr. Trump has repeatedly promoted despite the lack of evidence that they work.

Those drugs should be used only in clinical trials “because of the potential for toxicities,” the experts said.

The panel also had cautionary advice about hydroxychloroquine and the closely related drug chloroquine, even when given without azithromycin, saying that patients receiving them should be monitored for adverse effects, particularly an abnormality in heart rhythm called prolonged QTc interval.

A study of the records of 368 Veterans Affairs patients, posted on Tuesday but not yet peer-reviewed, found that hydroxychloroquine, with or without azithromycin, did not help patients avoid the need for ventilators. And hydroxychloroquine alone was associated with an increased risk of death.

But the study was not a controlled trial, and patients who received the drugs were sicker to begin with. The authors wrote, “These findings highlight the importance of awaiting the results of ongoing prospective, randomized, controlled studies before widespread adoption of these drugs.”

At Tuesday’s White House briefing, Dr. Stephen Hahn, the commissioner of the Food and Drug Administration, described the study as small and retrospective, adding, “what F.D.A. will require is data from randomized clinical trials.”

Even so, he said, “This is something a doctor would need to consider in the decision to write a prescription for hydroxychloroquine.”

The N.I.H. panel also said that combined H.I.V. drugs lopinavir and ritonavir (sold as Kaletra), and other drugs known as H.I.V. protease inhibitors, should not be given outside of clinical trials, because trial data so far has shown no benefit and some unfavorable effects.

Drugs known as interferons should also not be used outside trials, the group advising the infectious disease institute said, because they did not help patients with the other coronavirus diseases SARS and MERS. The same advice applies to a class of drugs called janus kinase inhibitors (the drug baricitinib is one example) because they broadly suppress the immune system.

The guidelines also contain detailed advice for health care providers about the care of infected children and pregnant women, and the use of oxygen, ventilators and steroid drugs in very sick patients.

All the advice will be updated as new data emerges.