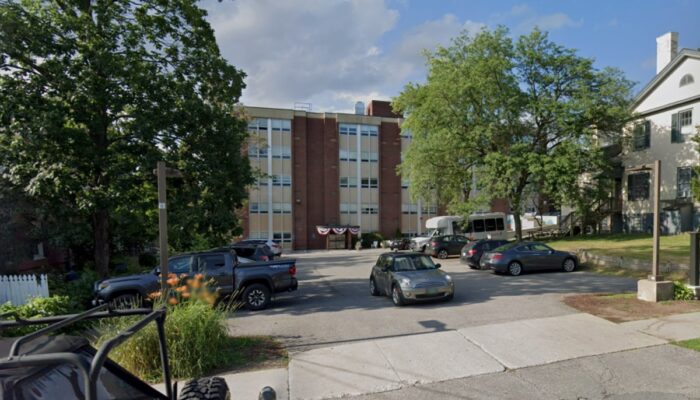 
One in six Covid-19 deaths in Vermont have come from a single nursing home, owned by a troubled for-profit chain, Genesis HealthCare.

The novel coronavirus began to spread like wildfire in Burlington Health and Rehab in March, leading to 12 deaths in the first wave of the virus. The pandemic arrived just a few weeks after the state’s attorney general, T.J. Donovan, a Democrat, had settled an investigation into the facility for “allegations of neglect that resulted in serious injury to three residents and the death of a fourth.” The nursing home has about 90 residents.

Federal nursing home staffing records reveal that registered nurse staffing in the facility failed to meet minimum levels even after the settlement, suggesting that the settlement failed to protect nursing home residents. Lobbyists for the chain have donated to Donovan’s reelection campaign, as they have for Vermont Gov. Phil Scott, a Republican, whose administration collaborated with Donovan on the settlement.

The Covid-19 outbreaks in these facilities showcase not just the failed national approach to nursing home oversight, but a cozy relationship between state regulators and nursing homes. As another wave of Covid-19 hits the state, a massive outbreak has occurred at another Genesis facility in Rutland, Vermont, with 41 cases. Seven more cases have appeared at another Genesis facility in Berlin, Vermont.

Nationwide, over 100,000 residents of nursing homes and other long-term care facilities have died from Covid-19, accounting for 40 percent of the total. The new wave of nursing home Covid-19 cases is not unique to Vermont; many other states are again seeing significant outbreaks at their nursing homes.

Holly Barrett-Willard’s 95-year-old aunt, Elizabeth LaBombard, died of Covid-19 at Burlington Health and Rehab in March. Typically, LaBombard would speak to family members three to four times a day, Barrett-Willard said. But soon after the no-visitation lockdown began in early March, Barrett-Willard said, “We got a phone call at 7 p.m. from a New York number, and [a hospital worker] said that there was a man that tested positive for Covid on my aunt’s floor. She said that the man was isolated, they did all the proper procedures.”

But then, Barrett-Willard said, they were incommunicado with her aunt for several days after which Burlington Health and Rehab called and said that her aunt had developed a fever of 103 degrees. The family asked the facility to send LaBombard to the hospital. “The nursing home told us, ‘No, we’re not taking her in or out. The hospital’s on lockdown,’” said Barrett-Willard. “But I know somebody that’s high up at UVM Medical Center. The hospital was not on lockdown.”

As LaBombard was dying of Covid-19 inside the home, Barrett-Willard demanded to be let in, and the nursing home allowed her to. “I got up there and she had foam in her mouth. There was feces all over the trash can. When I got into the elevator, there were staff members who didn’t have masks or gloves on. I was mortified, you wouldn’t believe it. Residents were walking around and their doors were open,” said Barrett-Willard. (At the time, the Centers for Disease Control and Prevention did not require nursing home staff to wear masks.) Staff informed her that they had attempted to give her aunt morphine orally, but that was impossible as she was not effectively digesting. “My aunt died a painful death,” said Barrett-Willard.

Genesis told The Intercept said there was never a shortage of PPE inside the facility, and said that residents wandering the facility was likely due to dementia.

Barrett-Willard’s account of the situation inside the facility squares with the views of state and federal inspectors: Burlington Health and Rehab is tied for 20th in the entire nation in homes with “most serious deficiencies,” according to data collected by ProPublica. The investigation into the facility, and subsequent settlement, was prompted by a nursing home resident being improperly fed a grape and dying and another resident being improperly discharged and getting sepsis. Genesis was fined over $740,000.

Charlene Harrington, professor emeritus of social behavioral sciences at the University of California, San Francisco School of Nursing, looks for registered nurse staffing as a key indicator in nursing home quality, because RNs have the training and expertise to develop and implement an infection control plan. A widely circulated study from the Center for Medicare and Medicaid Services in 2001 found that “Strong evidence supports the relationship between increases in nurse staffing ratios and avoidance of critical quality of care problems.”

Harrington found Burlington Health and Rehab’s staffing in the second quarter of 2020 — 0.6 registered nurse hours by patient day — to be inadequate. (Nursing homes, which report their staffing information to the Centers for Medicare and Medicaid Services, did not have to report their data in the first quarter of 2020.) “RNs should be at least 0.75 [hours per patient day], so that means they are not at the minimum recommended levels,” Harrington said.

Before the settlement, RN staffing was at 0.5 hours per patient day, so the settlement with the attorney general appears to have barely moved the needle. “I wish that the AGs would terminate the licenses of such poor performing facilities. Clearly the penalties didn’t have an impact on their quality of care either,” said Harrington. “The monitor was not effective if they had 12 deaths.”

Genesis contests the federal RN staffing data, saying that their overall staffing exceeds the minimum, and pointed to the fact that the Vermont Department of Health “never found any deficiencies throughout the entire outbreak.”

The attorney general, Donovan, is ambitious, and at 46, young by Vermont political standards. He comes from a politically powerful family: His mother is a 10-term state representative, his uncle was a state senator, and his grandfather was a federal judge. Donovan has been floated as a possible successor to either Sen. Patrick Leahy or Bernie Sanders. Donovan attracted scrutiny earlier this year by helping to steer a donation of 250 Chromebooks by Comcast to the school district of a political ally, Molly Gray, who is now the state’s lieutenant governor-elect. Donovan is currently in litigation with Comcast’s trade association, the New England Cable and Telecommunications Association, over net neutrality. That trade association’s head, a Comcast executive, was Donovan’s point of contact for the donation.

Donovan’s office told The Intercept that “The settlement between the Attorney General’s Office and Genesis Health & Rehab early this year was the result of incidents related to inadequate staff training and orientation, the use of visiting or third-party contractors, and the failure to adequately document and monitor the delivery of resident care services,” and said that “During the relevant time period, the Attorney General’s Office did not receive any reports of inadequate staffing levels.” Scott did not respond to a request for comment.

Advocates say that low staffing levels should have been part of any plan to improve care at the facilities.

“It’s really baffling that the settlement did not include some type of staffing requirements,” said Brian Lee, the executive director of Families for Better Care, a nonprofit advocating for tighter regulation of nursing homes. “Has [Donovan] arrested anybody? Has he prosecuted anybody? Has anybody gone to jail? No. The settlement should have included a requirement for RN staffing. They were short-staffed prior to the incidents and short-staffed after. It’s pretty negligent on the AG’s office to not include that,” said Lee. “The quality of nursing homes is dependent on staffing.”

Genesis’s CEO, George Hager, earned $2.2 million in 2019. Thomas DeRosa, then CEO of Welltower, which owns a substantial portion of Genesis’s real estate and debt, made $13.1 million.

Genesis is currently seeking to divest its Vermont nursing homes. In 2017, Genesis paid $54 million to settle False Claims Act allegations with the federal government. It has announced that it will have limited ability to meet its obligations going forward, signaling a potential bankruptcy or restructuring. Nursing home finances are notoriously opaque, with significant amounts of revenue typically going to onerous lease payments to real estate companies that are loose affiliates of the nursing home.

About the Author: The Intercept