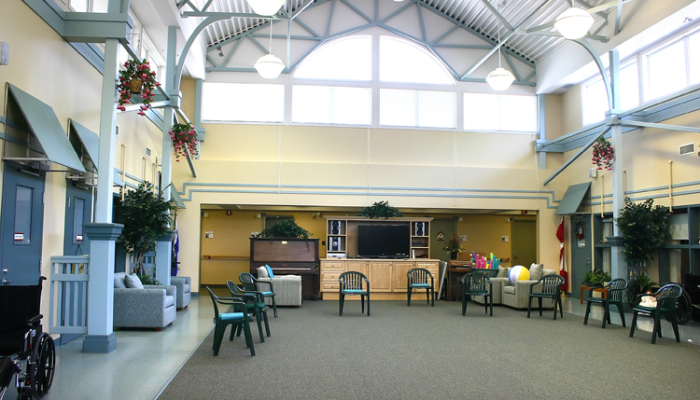 TORONTO — Residents of Ontario long-term care homes described the devastating impact of the prolonged isolation brought on by the second wave of the COVID-19 pandemic as they testified before an independent commission earlier this month.

A group of residents spoke to the Long-Term Care COVID-19 Commission through video conference on Jan. 13, laying out the intense loneliness and deteriorating mental health experienced by them and their peers.

Some characterized the conditions, which they said have kept them with minimal human contact for weeks or months at a time, as “inhumane.”

One resident identified as Maria S. said the home she lives in had no COVID-19 cases until November, but then the virus “spread like wildfire.”

The facility is separated into eight sections, each housing 25 people, and two of those sections had no cases at all, she said. Still, the entire facility was closed off and everyone had to isolate for at least eight weeks, she said.

“You weren’t able to talk to anybody, to see anyone… Through Christmas and New Year’s, we sat in our rooms,” with only one essential worker allowed, she told the commission.

“It is inhumane to leave people in their rooms without any contact with anyone for that long a period of time,” she said. “So it has been a long haul of loneliness and no interaction except with your staff, and again, that is limited interaction.”

Another resident, identified as Ann D., said she feels like she is “in jail,” and has noticed a change in her fellow residents as well.

“You can see the life is just draining out of their faces,” she said.

Others described the cumulative harm of the pandemic over the last year, comparing themselves to animals locked up in cages.

A resident identified as Robert K. said he lost 20 pounds after the “mental and physical isolation” robbed him of his appetite.

Unable to see his wife due to “draconian” rules, and no longer able to read or write due to an eye condition, Robert said he is “very limited in recreational activities,” particularly when volunteers aren’t allowed in homes.

“I feel like my brain is in a straight jacket,” he said. “I feel like I want to break out, and I don’t know how.”

Their testimony came after another group of residents appeared before the commission in the fall, urging the government to address the issue of isolation before the second wave of the pandemic took hold.

The COVID-19 pandemic has carved a deadly path through Ontario’s long-term care system, killing more than 3,250 residents and 10 staff members since the start of the global health crisis.

The commission, led by Superior Court Associate Chief Justice Frank Marrocco, was convened to investigate how the virus spread in the system, and issue recommendations aimed at preventing similar outcomes in the future.

It has heard that shortages in staff and personal protective equipment, as well as other factors, contributed to the outbreaks.

Currently, 251 of the province’s 626 long-term care homes are reporting an outbreak of COVID-19.

Last year, the province loosened visitation rules a few months into the pandemic, but the commission has heard many homes continued with a lockdown.

A directive issued earlier this month states that long-term care homes in regions designated as green or yellow under the province’s pandemic management plan can allow caregivers and support workers who have had a negative PCR COVID-19 test in the past two weeks and attest to not testing positive later, or who have a negative antigen test the day of their visit.

Homes in those regions can also admit visitors provided they meet the same criteria.

Caregivers can visit facilities in regions deemed orange, red or grey zones if they have had a negative PCR test in the previous week, or a negative antigen test that day. But no visitors are otherwise allowed in homes in those regions.

The province has rolled out vaccinations in long-term care homes, vowing to administer a first dose in all facilities by mid-February.

The commission’s hearings aren’t open to the public but transcripts are posted online, typically in the days that follow.

It is expected to submit its final report to the provincial government on April 30.