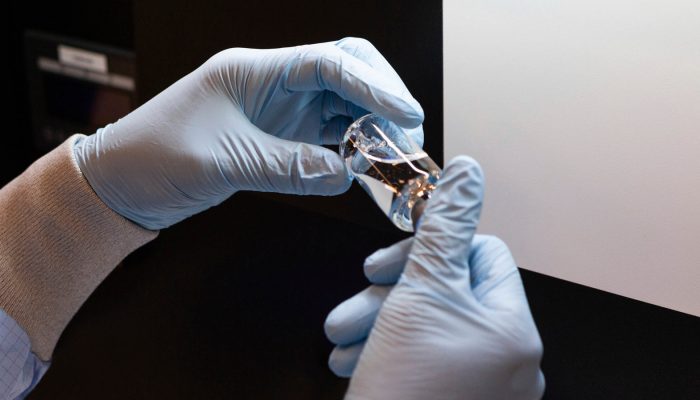 Diana Brainard is nowhere near close to celebrating.

Dr. Brainard is the head of antiviral clinical research at Gilead Sciences, the Bay Area biotech giant whose drug portfolio includes the antiviral medicine remdesivir. On Thursday, Stat, the superb medical-news website, reported some of the leaked results of a pair of Phase 3 clinical trials of the drug at the University of Chicago. Of 113 patients with severe cases of Covid-19 who were treated with daily infusions of remdesivir, most were discharged from the hospital in under a week, and only two died.

That sounds like fantastically good news, but Dr. Brainard has caveats and cautions. The Chicago story, she told me in a phone interview this week, is still anecdotal. The trial did not include a control group. Hard data, once it comes, can be hard to interpret. “We have to assess whether the drug is working without having a clear picture of what is typical with this disease,” she says.

But whether remdesivir turns out to be effective or not — and it’s always wise to curb one’s enthusiasm about supposed miracle cures — the remarkable thing is that it’s available at all. It began life in 2009 as a potential treatment for hepatitis C, but didn’t work as hoped. It got a second chance during an Ebola outbreak in Congo. It showed limited effects but proved safe to use on people.

Lab tests, however, suggested it might have potent effects against coronaviruses such as those that cause SARS and MERS. As it became clear that Covid-19 was also caused by a coronavirus, remdesivir was one of the few potentially helpful drugs ready to be in clinical trials. Gilead began distributing it on a compassionate-use basis on Jan. 25.

“By March we were getting hundreds of requests a day,” Dr. Brainard says. “We needed to pivot to a different kind of system — expanded access. Instead of providing the drug to each patient individually, you provide it to individual physicians and they administer it as they see fit.”

It was around that time that I first started paying attention to this story, thanks to a reader with a severely sick young relative who couldn’t obtain remdesivir. The relative has since come off a ventilator and is staging a painful recovery, but his family felt Gilead had been capricious in the ways it made the drug available.

Dr. Brainard is aware of the agony such families face: “The majority of us are infectious-disease physicians, and we know what it’s like to treat a critically ill patient deteriorating before our eyes.” Especially now, Gilead and its biotech peers have to walk a fine line between offering hope and inflating expectations, and moving with all possible speed as well as utmost caution. A manufacturing glitch can become a corporate disaster. A small delay can mean tragedy for an untold number of families.

“Facts and science are hard masters, and we can’t build the factory until we know the medicine,” Kevin Sharer, the former C.E.O. of biotech giant Amgen, told me Friday. “Ultimately there’s an element of chance we cannot control.”

The next step is to inspect the data from Chicago and other concurrent studies of remdesivir now involving 6,000 participants with severe symptoms. If the results hold up — the if always has to be stressed — the Food and Drug Administration and other regulatory agencies would have to provide approval. That could take a full year, barring an expedited process. Then production of the drug would need to ramp up quickly, no small thing as remdesivir requires complex manufacturing techniques.

Given the stakes involved, it seems perverse not to root for Gilead’s success. Just as there are no atheists in foxholes, there should be no big-pharma haters in pandemics. Last year, Elizabeth Warren wrote that “giant drug companies only care about one thing: raking in profits on the backs of patients.” I wonder if the Massachusetts senator would have the nerve to say that to Dr. Brainard and every other private-sector scientist laboring to find cures under the intense strain of this global emergency.

It’s also worth asking what this story says about the notion that the pandemic somehow proves Bernie Sanders right. Medicare For All, achieved through wrenching changes at ruinous expense, might provide “coverage” for every American, including the millions of newly unemployed.

But that’s of little help without effective diagnostic tests, therapies and vaccines, which typically emerge from profit-seeking companies operating in fiercely competitive and well-regulated marketplaces. Whatever the fate of remdesivir or any other drug, one lesson from this pandemic is how dependent we are for our survival on an innovative and robust pharmaceutical industry. Maybe we should do more as a country to cultivate it than tear it down.

In the meantime, we’re left to wait. “Nobody is drinking any champagne, it’s premature to celebrate, nobody wants to jinx anything,” Dr. Brainard says of the mood among her colleagues. Skepticism is always a sound scientific attitude. For the rest of us: Cross fingers.