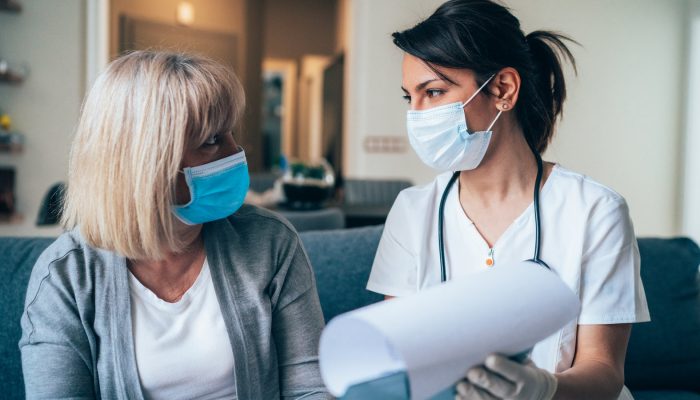 By Richard Malley and Marc Lipsitch


The president’s decision is puzzling. And yet it does highlight the urgent need to devote more attention and resources to drugs that can prevent Covid-19 or stop mild cases from getting worse.

To date, about a dozen studies on therapies for Covid-19 have been published; all were conducted on hospitalized patients, typically with severe symptoms.

Some results are sobering: Neither hydroxychloroquine nor a combination of lopinavir and ritonavir, two H.I.V./AIDS medications, seems effective. Other trials show some promise. Remdesivir, a drug developed to treat hepatitis C and Ebola, appears to have accelerated the recovery of some patients with advanced Covid-19, according to an unpublished study sponsored by the National Institute of Allergy and Infectious Diseases.

There are, of course, many good, practical reasons to focus on the sickest patients — always, but especially in the midst of a pandemic such as this one. Hospitals get overwhelmed with emergency cases; the death toll escalates; public health measures, such as lockdowns and mandatory physical distancing, that are designed to protect the groups most vulnerable to infection, cause major social and economic disruptions. All these factors dictate the need to urgently help the people most severely affected.

But we think a parallel effort is equally urgent: conducting clinical trials to identify drugs that could prevent people from becoming infected with SARS-CoV-2 in the first place or prevent mild cases of Covid-19 from becoming severe.

This approach has received little attention so far — even though virtually all acute viral infections to date have been treated most successfully with drugs given as a prophylaxis (before symptoms or even before exposure) or early after the onset of symptoms (when those tend to be mild).

There is no proven prophylaxis or early-stage therapy for any of the other coronaviruses; not for SARS or MERS, not for the seasonal coronaviruses. But useful lessons can be drawn from how other acute viral infections are best tackled — chief among them: Act quickly, before infection or as soon as possible after it.

There are two main approaches. The first involves administering antibodies, either taken from convalescent patients or engineered in laboratories. Timing is key.

For example, in the case of the infection caused by the respiratory syncytial virus (RSV), a severe lung disease that affects young children, giving antibodies to subjects before they are exposed to the virus protects them from contracting the disease. But antibodies given to children who already suffer respiratory failure brought on by RSV do not reduce the duration of mechanical ventilation or recovery time.

Similarly with chickenpox, also known as varicella: Antibodies are recommended to prevent the development of symptoms in patients who were exposed to the virus within the previous four days. In the case of rabies, antibodies are effective when administered to people very soon after contact with a rabid animal but offer no tangible benefit once the disease has set in.

An analysis of combined data from studies during the 1918-19 influenza pandemic suggests that transfusing the plasma of patients who had recovered from the disease into other patients could save them from dying, but only very early in the course of the illness.

Another kind of treatment for acute viral infections involves drugs that kill the virus in the patient’s body or prevent its replication — and those, too, typically are effective only during the early, usually mild, phase of the diseases.

More striking: When a person comes down with chickenpox — usually it’s a child, as most adults are immune, having either had the disease as children themselves or been vaccinated — giving the antiviral drug acyclovir to other children in the household before they display any sign of the illness confers to them virtually total protection against it. Better still, they then develop protective antibodies against the virus and become immune.

It may seem puzzling that antiviral therapies are most effective in asymptomatic or mildly sick patients, rather than in the more seriously ill. One likely explanation is that at advanced stages of a disease, it is patients’ immune response to infection that causes much inflammation and damage to their bodies; by then, getting rid of the virus itself is a less effective therapy than it would have been earlier.

Despite these precedents, though, little work is underway to identify and test possible prophylactic or early-stage therapies. According to our review of current clinical trials for prophylactic treatments, the vast majority unfortunately are devoted to hydroxychloroquine or its relative chloroquine.

Only very few treatments are being tested for patients with early-stage symptoms, according to the Covid-19 Early Treatment Fund, which was created by the tech entrepreneur Steven Kirsch “to fund outpatient clinical trials on repurposed drugs.” CETF has identified four antiviral drugs as worthy of testing on Covid-19 patients; it is partly financing trials for two (in addition to hydroxychloroquine).

One trial, conducted at various sites worldwide, will test the effectiveness against Covid-19 of peginterferon lambda, a drug also being considered for hepatitis D. The other trial, in Denmark, is for camostat mesylate, which is normally used to treat inflammation of the esophagus or pancreas.

Now for the caveats. Therapeutic and preventive methods that have worked for other viruses might not apply to SARS-CoV-2: It is a new pathogen, and the many symptoms Covid-19 can cause, in both adults and children, are still being discovered. Evaluating novel treatments in clinical trials is an extremely challenging undertaking in the middle of a pandemic, and given the difficulty, the call for focusing efforts and limited resources on patients in dire need seems reasonable.

But we believe that trials of prophylactic and therapeutic drugs for asymptomatic and mild cases of Covid-19 have a greater chance of success than does administering drugs to critically ill patients — as well as greater long-term potential to benefit more people overall.

It has been well-documented by now that asymptomatic patients infected with SARS-CoV-2 can transmit the virus, often unknowingly. A preventive strategy that not only stopped the virus from causing disease but also stopped its transmission could limit the need for quarantines, lockdowns and onerous physical-distancing measures.

Treating early-stage patients immediately could also prevent their condition from going from mild to severe, curbing the number of people who subsequently are admitted to intensive care units. That, in turn, would reduce the overall stress on medical infrastructure and allow hospitals to care more effectively for patients who are critically ill, with Covid-19 or another disease.

Treating people with no or mild symptoms of Covid-19 would benefit all. That’s why identifying and testing drugs that can accomplish this should become an absolute priority.

Richard Malley (@rickmalley) is a physician specializing in infectious diseases and a professor of Pediatrics at Harvard Medical School. Marc Lipsitch (@mlipsitch) is a professor in the Departments of Epidemiology and Immunology and Infectious Diseases at Harvard T.H. Chan School of Public Health, where he also directs the Center for Communicable Disease Dynamics.

About the Author: By Richard Malley and Marc Lipsitch