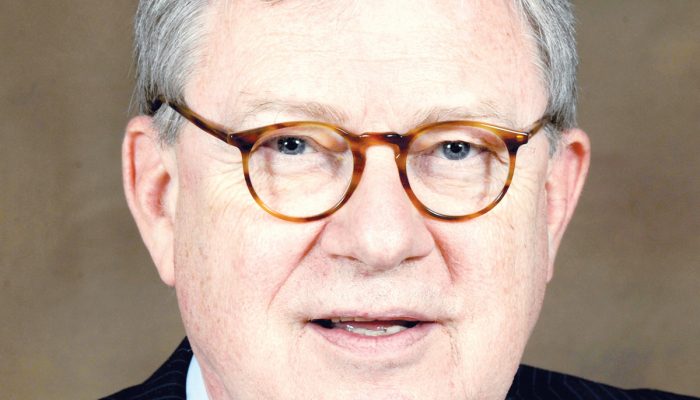 On a multicountry trip to South America, President Ronald Reagan couldn’t restrain himself from the inane observation that every tourist finds himself saying about such trips. “Every country is different.” So, it seems, is every virus capable of spreading into pandemic.

The influenza pandemic of 1918-19, for example, tended to kill otherwise healthy people in the prime of life, ages 20 to 40. COVID-19 tends to kill people age 70 and above, especially those with comorbidities.

Yet, despite that being apparent early on, America’s governors have done a poor job of protecting those most at risk – residents of nursing homes with physical frailties and, often, cognitive impairment.

The result: One-third of reported coronavirus deaths in the United States, according to New York Times reporting, are of nursing home residents or workers. Nursing homes accounted for a majority of deaths in heavily hit states like New Jersey (52%), Massachusetts (59%), Pennsylvania (66%) and Connecticut (55%) and for 80% of the deaths in otherwise lightly hit Minnesota.

That percentage is much lower (20%) in America’s COVID-19 epicenter, New York, but it still leads the nation with 5,403 nursing home deaths – about one of every 14 COVID-19 death in the country.

Why so many? On March 25, the state health commissioner ordered that nursing homes accept patients with the virus. It’s unclear why he made this fatal decision. Maybe he wanted to keep hospital beds available, or maybe he feared that sick people would be dumped onto the street.

When asked about this policy in late April, Gov. Andrew Cuomo professed ignorance. Two weeks later, on May 9, after 46 days in effect, he reversed it.

New York wasn’t the only state that insisted on placing infected patients in nursing homes. New Jersey’s policy was similar, explicitly barring homes from requiring testing before admitting patients. California had the same policy but dropped it after 10 days.

Other states, recognizing the dangers of infecting the vulnerable, required or encouraged nursing homes to set up separate units or staffs to handle patients testing positive. Florida Gov. Ron DeSantis, widely criticized in the national media for avoiding a total lockdown, zeroed in on nursing homes, encouraging repeated testing and temperature-taking of residents and staff and isolating anyone testing positive. Florida, a state with 2 million more people than New York, had just 714 nursing home deaths, 13% of the number in New York.

It’s hard to disagree with the verdict of National Review’s Jim Geraghty: “These decisions are so spectacularly wrongheaded, so epically foolish, that those responsible deserve to be remembered forever.”

Let’s hesitate a moment before piling on. Remember that, in March, epidemiologists and governors were worried that hospital facilities would be overwhelmed by COVID-19 patients in need of ventilators, which had been previously used to treat patients with severe respiratory function reduced by other viruses. So they were focused on getting recovering patients out of those supposedly needed hospital beds.

The nursing home mandates of the Cuomo administration and others were obviously mistakes, with fatal consequences. So was the Centers for Disease Control’s failure to produce virus tests, and so was Donald Trump’s failure to cut off air traffic from Europe, as he had in January from China. And given the negative public health effects of economic collapse, these continued lockdowns may also be seen as fatal mistakes.

Government officials’ decisions about a novel virus will often turn out to be mistakes that cost lives. But decisions to send viral patients into nursing homes comes the closest to justifying screams of, “There’s blood on your hands!”

We have learned our hospitals aren’t going to be overwhelmed with COVID-19 patients and that ventilators don’t always help. We have learned that it’s possible to protect elderly people, even nursing home residents with comorbidities, with high but not total effectiveness.

And we have become aware, if only out of the corner of our eyes, that the lockdown of large segments of the economy wreaks not just economic damage, but also has enormous negative consequences for public health, especially among disadvantaged people.

All of this points in the direction of phasing out lockdowns and allowing reopenings, at various rates depending on particular circumstances, and avoiding obvious blunders, like sending infections into nursing homes.

Michael Barone is a senior political analyst for the Washington Examiner, resident fellow at the American Enterprise Institute and longtime co-author of The Almanac of American Politics.

About the Author: The Sumter Item