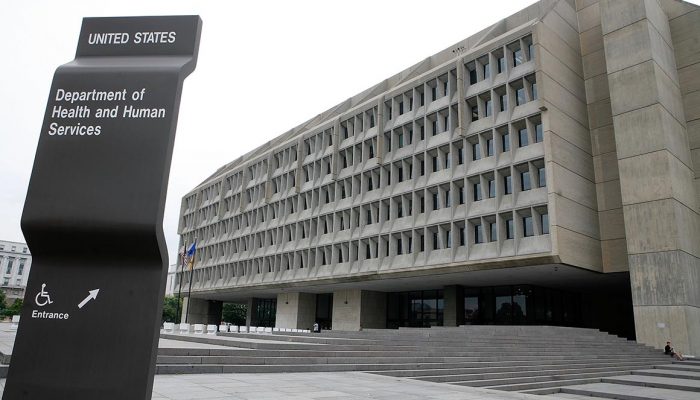 Bright told The New York Times on Wednesday that he believed his removal was because of his internal opposition to pursuing investments in malaria drugs as potential treatments for Covid-19, which President Donald Trump has touted without scientific evidence. Three people with knowledge of HHS’ recent acquisition of tens of millions of doses of those drugs said that Bright had supported those acquisitions in internal communications, with one official saying that Bright praised the move as a win for the health department as part of an email exchange that was first reported by Reuters last week, although Bright’s message was not publicly reported.

“If Bright opposed hydroxychloroquine, he certainly didn’t make that clear from his email — quite the opposite,” said the official, who has seen copies of the email exchanges.

Bright did not respond to multiple requests for comment on Tuesday and Wednesday. In a statement released by his lawyers, Bright said that he will ask the HHS’s inspector general to “investigate the manner in which this administration has politicized the work of BARDA and has pressured me and other conscientious scientists to fund companies with political connections and efforts that lack scientific merit.”

Asked about Bright’s claims at Wednesday’s press briefing, President Donald Trump denied knowledge of his role and his abrupt ouster.

“I never heard of him,” Trump said. “The guy says he was pushed out of a job, maybe he was, maybe he wasn’t. You’d have to hear the other side.”

Inside HHS, Bright’s ouster is being positioned as a way to improve a crucial disease-fighting arm at a time of national crisis, amid some officials’ complaints that BARDA moved too slowly, focused on the wrong investments and took too long to award its contracts.

“BARDA was not as responsive during the crisis” as it could have been, said one former official. “Rather than prioritizing therapeutics that could be available in weeks, Bright focused on products that would take weeks or months.” For instance, BARDA didn’t make what’s known as a broad agency announcement to solicit potential investments in diagnostics, vaccines or treatments until March, five weeks after HHS Secretary Alex Azar declared a public health emergency over the Covid-19 outbreak.

Health officials have warned that the coronavirus crisis will plague the United States for months, with some predicting a second, more damaging outbreak of the virus this fall. Meanwhile, Food and Drug Administration Commissioner Stephen Hahn on Wednesday warned CBS News that a vaccine is at least a year away, if not longer.

HHS on Wednesday did not respond to questions about Bright’s leadership of BARDA or whether he had accepted his new role, referring instead to an earlier statement.

“Dr. Rick Bright will transfer the skills he has applied as Director of the Biomedical Advanced Research and Development Authority to the National Institutes of Health, as part of a bold plan to accelerate the development and deployment of novel point-of-care testing platforms,” an HHS spokesperson said on Tuesday. “Dr. Bright brings extensive experience and expertise in facilitating powerful public-private partnerships that advance the health and well-being of the American people.”

Bright, a career official, first joined BARDA in 2010 and was named as director of the $1.5 billion organization in November 2016, where he played a central role in the nation’s vaccine development, such as last year’s drive to develop a new flu vaccine, and response to biomedical hazards. BARDA also received a funding infusion from Congress as part of the Covid-19 response and has steered hundreds of millions of dollars for potential vaccines, including more than $450 million for a collaboration with the drug firm Johnson & Johnson to speed vaccine development.

But the Trump administration’s leadership team long faulted Bright for an array of management problems, including complaints about BARDA’s pace and strategy, concerns echoed by outside observers. For instance, Bright steered multiple investments with companies like Roche and Sanofi to develop what are known as IL-6 inhibitors, which target potential drivers of inflammation in Covid-19 patients with severe disease; scientists have found evidence that the IL-6 agents could prevent some of the ravages of Covid-19. But leaders and observers thought the decisions were duplicative, noting that Eli Lilly is also pursuing a government-backed investigation into IL-6 inhibitors too.

“That’s three bets on basically the same mechanism of action,” said one outside analyst with knowledge of BARDA operations. “To do it to the exclusion of all else was insane.”