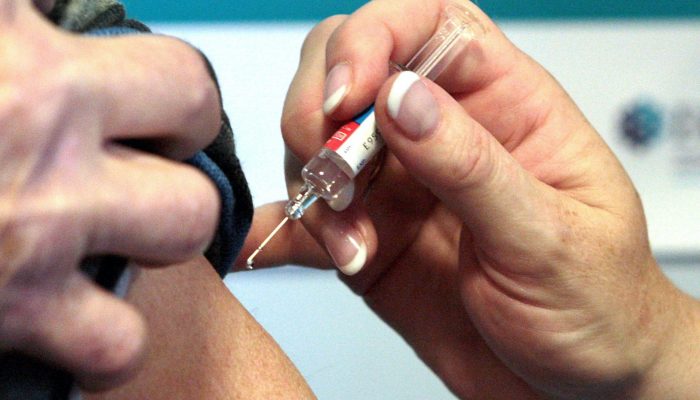 
The University of Oxford has partnered with pharmaceutical giant AstraZenenca for the development, manufacture and large-scale distribution of the Covid-19 vaccine candidate that is currently being trialled in the UK.

The agreement was announced on Thursday, with the details set to be finalised in the coming weeks.

The move will allow for rapid vaccination around the world if the candidate proves to be effective, the university said.

Human trials of the vaccine developed by the University’s Jenner Institute began last week, with hundreds of people volunteering to be part of the study which received £20 million in Government funding.

Professor Sir John Bell, Regius Professor of Medicine at Oxford University described the partnership with AstraZeneca as a “major force in the struggle against pandemics” for the foreseeable future.

Speaking on BBC Radio 4’s Today programme, Sir John said he hoped that some results from a human trial of the vaccine would be available by the middle of June.

He told Today that the challenge now is to be able to manufacture at scale once it is approved by the regulators.

Sir John added: “We also want to make sure that the rest of the world will be ready to make this vaccine at scale so that it gets to populations in developing countries, for example, where the need is very great.

“We really need a partner to do that and that partner has a big job in the UK because our manufacturing capacity in the UK for vaccines isn’t where it needs to be, and so we are going to work together with AstraZeneca to improve that considerably.”

It is the first such partnership to be formed since the Government launched the Vaccines Taskforce two weeks ago to help find a new coronavirus vaccine.

Both partners have agreed to operate on a not-for-profit basis for the duration of the pandemic, the university said, with only the costs of production and distribution being covered.

Health Secretary Matt Hancock said it was “hugely welcome news” that Oxford University had come to an agreement with AstraZeneca to scale up its coronavirus vaccine.

He tweeted: “The Oxford vaccine is one of the most advanced in the world. Bringing together the best British science and the best of British business will give us the best possible shot at a vaccine.

“The science is uncertain, and no vaccine may work, but this deal gives the UK the best chance we can of a breakthrough that could defeat this awful virus. I’m sending best wishes for good fortune to all involved – for the sake of the nation and indeed the whole world.

1/3 NEWS: Hugely welcome news that @AstraZeneca has signed an agreement with @OxfordUni to take its promising #coronavirus vaccine to scale.

AstraZeneca chief executive Pascal Soriot said investment in the new vaccine is a risk worth taking for his company.

He told Today: “It is definitely a risk to launch into development of this vaccine, but now is the time to take those risks – this is a terrible crisis we’re facing, and we need solutions.”

Mr Soriot said he hoped that the vaccine, developed in collaboration with the University of Oxford, would not be the only one produced.

He added: “The demand, as you can imagine, will be large if vaccines work, and my hope is that several vaccines will be available to supply the needs of the various countries around the world.”

Mr Soriot also said there is agreement between companies within the pharmaceutical industry to help one another with production, and that the intention is to supply the vaccine free of charge during the pandemic.

Meanwhile, University of Bristol Professor Adam Finn, chairman of the European Technical Advisory Group of Experts advising the WHO Europe, told a virtual briefing there were “many steps along the way” to finding a vaccine for Covid-19.

He said: “The first horse out of the box isn’t necessarily the horse that finishes the race.

“I think naming a particular vaccine as front-runner now is potentially misleading, it is simply telling you it is in the process.”

About the Author: Surrey Comet