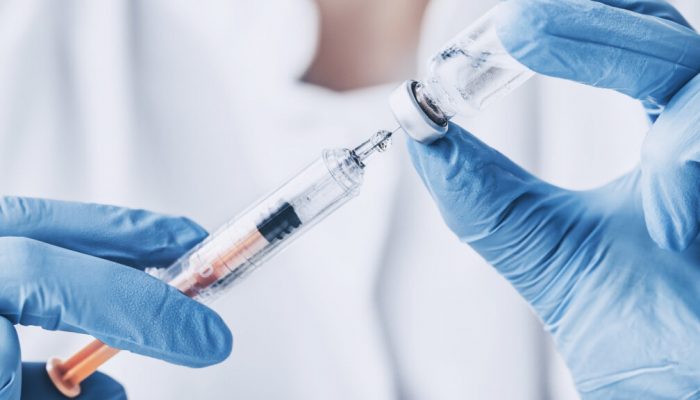 When medical historians look back at the Covid-19 pandemic, they will reckon with how the United States, with its vast technological and scientific resources, stumbled so badly in the face of an emerging virus. They’ll wonder why the country responded so slowly, and why, in particular, it lacked adequate diagnostic tests for months after cases started to rise.

But they will also be baffled at something else: that it took so long to study new medicines to determine if they worked — even as the novel coronavirus, SARS-CoV-2, was killing 2,000 Americans a day.

This does not mean that it would be better to provide people with unproven therapies — or that Covid-19 studies should be accelerated so fast that we draw the wrong conclusions or put people at risk. But our inability to start and run clinical trials faster — whether in normal times or in a pandemic — is a legacy of our decision not to develop the technologies and approaches that would make doing so easier.

The gold standard method of testing drugs is what is known as a randomized controlled trial, in which patients receive either an experimental drug researchers think will work or the standard care that is already available — a selection that is based, effectively, on a coin flip. Ideally, the trial is also double-blind, which means that patients who don’t get the drug get a placebo, and neither the patients nor their doctors know who got what.

Obviously, for the patients who receive a placebo, this can be a sacrifice. And it can be a hard one to make.

But researchers have learned the hard way that this is often the only way to figure out if a treatment works. Randomized controlled trials (RCTs) have put a stop to routine mastectomies in breast cancer, the belief that common arrhythmia drugs saved lives, and a common knee surgery that was no better than physical therapy. A decade ago, Pfizer spent more than a billion dollars developing a heart drug that an RCT showed resulted in more patients dying.

So many experts see randomized controlled trials as critical at this time.

“I just don’t understand why you would do a trial that’s not randomized,” said Ethan J. Weiss, an associate professor of cardiology at the University of California, San Francisco. “We have an incredible opportunity to do real trials in real endpoints in a record amount of time.”

But the process of designing and conducting studies takes time, and it’s even harder when the health care system is under siege from a surge of Covid-19 cases.

Heroically, lots of studies are getting done in the face of Covid-19, and researchers are using innovative methods to do them, allowing studies to be modified quickly to include new treatments. The U.K.’s RECOVERY trial is testing treatments including hydroxychloroquine and a pair of HIV drugs. The most rigorous study of Gilead’s experimental Covid-19 drug, remdesivir, is a trial being conducted by the National Institute of Allergy and Infectious diseases. The World Health Organization is running a study that includes both remdesivir and hydroxychloroquine, among other drugs. The U.S. government’s Patient Centered Outcomes Research Institute is running a study to see if hydroxychloroquine prevents doctors from getting Covid-19.

But both remdesivir and chloroquine were identified as potentially active against SARS-CoV-2 in laboratory tests in February, and we still don’t know for sure if they work against the virus in people. Gilead should release some data on remdesivir this month in patients with severe disease, though that study compares two courses of remdesivir, not a control group.

Part of the problem is technology. Electronic health record software in the U.S. is not set up to make clinical research faster and easier, Raj Mehta, a family medicine researcher at Florida Hospital Family Medicine Residency, wrote in an email. There is historical patient data, there are partnerships to use “big data” with machine learning and artificial intelligence. But all that offers little at the present time.

“We have billing claims as, absurdly, our only reliable and easily integratable national source of raw patient data,” Mehta wrote. “What we don’t have is anything useful to produce evidence-based medicine.

“The criticism may seem harsh, but if we could trade all the data silos, all the AI/ML efforts, & all the billing data, for a fully integrated, nationwide, RCT platform in EHRs, we would *all* do it in a heartbeat,” he said.

One reform packaged in a 2016 law that made changes to the Food and Drug Administration was “to push for randomized trials to answer questions quickly using electronic health records and claims data,” said Robert Califf, the former FDA commissioner who now heads clinical policy and strategy at Verily Life Sciences and Google Health. It’s still needed, he said.

“All you have to do is look at hydroxychloroquine, where you have all these observational studies that cannot possibly answer the question,” Califf said.

For years, there’s been talk about making the clinical trial process more standardized, and cheaper, so that the same rules would apply each time a study needed to be run. There’s even been discussion that what are known as pragmatic trials — large, simple, randomized studies in which less data are collected — might be conducted using electronic health records. But that hasn’t happened at the pace it should.

The reason involves another part of the problem. Clinical trials are principally run by drug and medical device companies in order to obtain regulatory approvals, with public health authorities only picking up the slack in rare examples. But the result is that we have not built a system that would make studies simpler; most patients have little opportunity to participate in research; and we are too slow to figure out what works.

What would the system look like if we fixed it? It would make it easier to study drugs for heart disease, where studies are so large and expensive that many companies don’t test their medicines. It would ease studies for rare cancers, which are currently problematic because the right patients are hard to find. And it could create a medical information superhighway that would power health care through the next century.

It would certainly help with the next pandemic.