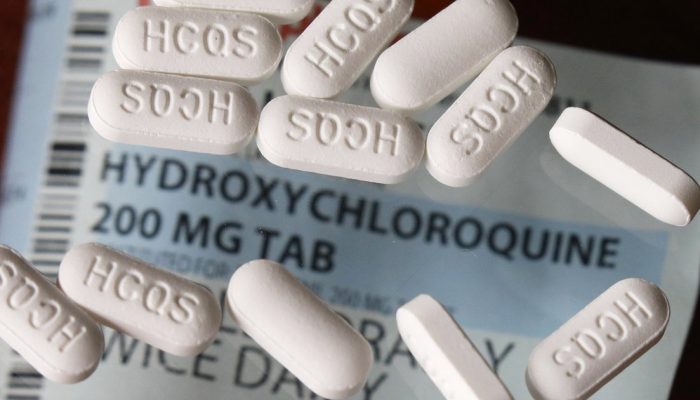 A Utah pharmacist says he has amassed ingredients for medication to use against the coronavirus and has talked with state leaders about a distribution plan, even as health experts across the nation stress the meager evidence of the malaria drug’s efficacy.

The stockpile of drug components could translate into 100,000 courses of treatment for coronavirus patients in Utah, says Meds in Motion owner Dan Richards, who hopes the unproven medication will quell fears that are keeping businesses shuttered and people indoors during the pandemic.

“If we shut down the economy for the next six months there could be as many people who die by suicide as die by the virus,” he said. “So we have to marry economics and medicine.”

Richards says he’s been in talks with the Utah Department of Health about putting his pills in local pharmacies, with the goal of making sure anyone in the state is within an hour of them.

Gen. Jeff Burton, the leader of the state’s coronavirus response team, confirmed that he’s spoken with Richards about potentially “procuring the medication as a top priority and then determining how to get the medication into pharmacies,” a health department spokesman wrote in a text message Tuesday. However, no agreement with the health department has been finalized, spokesman Tom Hudachko added.

Richards has also established a relationship with Senate President Stuart Adams, a strong believer in the drugs’ potential.

There have been no rigorous clinical trials on using the medicine, hydroxychloroquine and chloroquine, to treat coronavirus. And while hospitals in Utah are administering it to some gravely ill COVID-19 patients, many doctors are wary of prescribing the drugs to people who can manage their symptoms at home.

That’s in part because the medication can cause fatal heart arrhythmia and even cardiac arrest, said Scott Benson, an infectious disease specialist and faculty member at the University of Utah Health. Even one dose can trigger these dangerous changes in heartbeat, which is why taking the medication under supervision is so important for coronavirus patients, he said.

“At the moment, the appropriate use of these medications is in critically ill individuals … that are hospitalized and monitored by a team of health care providers, nurses and pharmacists,” he said.

Isaac Noyes, incoming president of the Utah Academy of Family Physicians, said the drugs’ side effects are rare but can be serious, adding that medical providers have varying comfort levels about prescribing hydroxychloroquine and chloroquine for coronavirus. Everyone hopes the medications will be beneficial, but he agrees with Benson that in the absence of evidence, the drugs are best reserved for very ill patients in the hospital.

“Widespread distribution and prescribing of these for the vast majority of people probably poses a risk that’s equal to or greater than the benefit they’d see,” he said.

“The likelihood is that hydroxychloroquine does not have an effect,” Samuel Brown, critical care researcher at Intermountain, said Wednesday during a virtual news conference. “We hope it might have a moderate effect, but that’s not at all clear.”

Brown also enumerated the potential pitfalls of widespread prescription outside the bounds of a clinical trial — explaining that if the drug doesn’t do anything to treat COVID-19, then there’s no reason to run the risk of possible side effects.

While there’s plenty research left to do on the medication, Richards argues the cost of doing nothing outweighs the potential risks of making the drugs accessible. Fear is immobilizing the economy, he argues, and prolonging the freeze will only compound the damage done by COVID-19.

“The economy is dying,” he said. “So, what good is it to survive the virus and have the economy die?”

“I don’t think [the drug] is the magic bullet that’s going to allow the country to open back up sooner,” he said.

In Utah, Richards has been in talks with an informal yet influential group of businesspeople and state lawmakers about treatment and testing strategies for COVID-19. Realizing the anti-malaria drugs were in short supply in some places, Richards bought massive quantities of powder to produce the medication, and he says he’s about to begin making capsules.

Because Meds in Motion only has five locations across Utah, Richards wants to craft a wider distribution plan in conjunction with state health officials.

No one is pressuring medical providers to use the unproven drugs for coronavirus, says Adams, who along with Richards and Sen. Kirk Cullimore, R-Draper, is part of the informal group that has talked about medication options. Adams says he and other officials are just trying to make sure the medication is in stock if physicians do want to prescribe it.

“Whether someone takes the medication or not, it should be up to their health care provider, and they should be given the information that’s appropriate for them to make that decision,” Adams, R-Layton, said. “This drug … may work, it may not work.”

Adams said the state might not have to work with Richards to replenish pharmacies and that — with 2,300 reported coronavirus cases in Utah — the existing supply chain might be adequate. If there are shortages, he said, officials might turn to Meds in Motion.

Maryann Martindale, executive director of Utah Academy of Family Physicians, said she would urge state leaders not to give undue consideration to businesses that stand to profit from their decisions. That concern is especially relevant during the pandemic, she said, whether or not it applies in Richards’ case.

“We really need to proceed with full transparency and make sure that everything is beyond question,” she said. “As a citizen and as a taxpayer, I would be very concerned that someone is looking to influence decisions while also profiting from that decision. I think that’s a dangerous road to go down.”

Adams said it would be a tragedy if the state forged ahead with a medication that did no good, but it would be equally tragic if Utah didn’t explore a potential remedy for coronavirus patients.

His opinion on the medications has been shaped by initial studies and anecdotes that have suggested it could help in COVID-19 cases, he said, not by Richards or others in the business. He cited news stories about doctors who have reported success with the medication and a conversation with a neighbor, whose friend contracted the infection and benefited from hydroxychloroquine.

And he noted that the nation’s commander-in-chief has been an aggressive promoter.