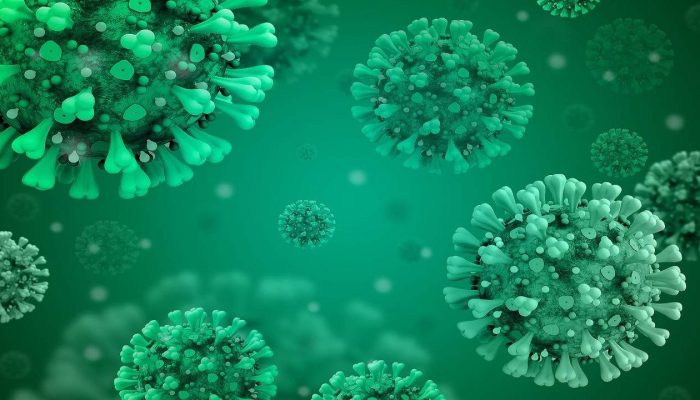 Scientists on Wednesday announced the first effective treatment against the coronavirus — an experimental drug that can speed the recovery of COVID-19 patients — in a major medical advance that came as the pandemic continues to cause upheaval across the globe, with India reporting over 33,000 cases and worldwide toll crossing 2,28,000.

California-based biotech company Gilead Sciences and the US government reported that in a major study, remdesivir shortened the time it takes for COVID-19 patients to recover by four days on average — from 15 days to 11. Also, a trend toward fewer deaths was seen among those treated with the drug early on.

The study was run by the US National Institutes of Health and involved 1,063 hospitalised coronavirus patients around the world.

The news of this recent success took the world by a storm even though further research is ongoing. Interest in Gilead’s drug has been high as there are currently no approved treatments or preventive vaccines for COVID-19, and doctors are desperate for anything that might alter the course of the disease that attacks the lungs and can shut down other organs in extremely severe cases.

But Gilead’s drug is not the only treatment under consideration. The WHO is looking at as many as four combination drugs as possible cures, while there are other independent studies to this effect.

Here’s a lowdown on what’s really happening on the coronavirus’ treatment research.

Is remdesivir the magic cure?

Even though in an exploratory analysis, patients who received remdesivir within 10 days of symptom onset had improved outcomes, the drug is not yet licensed or approved anywhere globally and has not yet been demonstrated to be safe or effective for the treatment of COVID-19. More study on this regard is still underway.

The drug is an antiviral that was trialled during the Ebola crisis, but which failed to show benefits in Africa.

According to The Guardian, the results were not so encouraging in an early trial conducted in China, before the current US study. The report dated 23 April (Gilead reported successful completion of phase 3 SIMPLE trial on 29 April) said that  158 COVID-19 patients with severe symptoms were randomly assigned to be given remdesivir, while 79 others had standard care with a placebo instead. There was no difference between the groups with respect to recovery time.

The drug also failed to lower the amount of virus in the body or the risk of death.

Furthermore, just under 14 percent of those on remdesivir died, compared with nearly 13 percent of those not taking the treatment. The report also claimed that a report on the aforementioned study was “prematurely leaked” on the WHO website, and was retracted soon after the “mistake was noticed.”

Lopinavir/Ritonavir is a licensed treatment for HIV. According to WHO, while there are indications from laboratory experiments that this combination may be effective against COVID-19, studies done so far in COVID-19 patients have been inconclusive.

A report published in European Pharmaceutical Review states that early the symptoms of patients treated with lopinavir-ritonavir improved faster than those given the standard of care alone. The researchers also cited acceptable safety levels throughout.

However, South African Department of Health conducted a rapid review of available published clinical evidence and found it doubtful whether the lopinavir-ritonavir combination could be a viable treatment option.

Another study published in the journal Med, also showed in a randomised, controlled study that the drug didn’t improve the outcome of mild to moderate COVID-19 patients.

“We found that neither lopinavir-ritonavir nor Arbidol could benefit clinical outcomes for patients and that they might bring some side effects,” says co-senior author Linghua Li, vice-director of the Centre for Infectious Diseases of Guangzhou Eighth People’s Hospital in Guangzhou, China, in a news release.

Another drug under consideration in WHO’s global Solidarity trial, Interferon beta-1a is a licensed autoimmune drug used to treat multiple sclerosis. A study published in In conclusion, NCBI found that IFNβ1 may account for a safe and easy to upscale treatment against COVID-19 in the early stages of infection. But more clinical trials were needed.

The theory behind using the drug is that interferon may be able to make the immune system stronger by turning on dormant parts and directing them toward the defense against SARS-nCoV-2’s assault.

The problem is, “when interferons ramp up the immune system, COVID-19’s flu-like symptoms are likely to become worse before they get better; interferon naturally occurring in the body is responsible for all flu-like symptoms to begin with, whether you have the coronavirus or a common cold,” Medicinenet reported.

The journal also says that there is some hesitance in testing the drug, despite it being included in the WHO trial, because it reported severe side-effects in patients when it was originally tried for treatment of Hepatitis C.

This malaria drug has generated lot of interest in India with Ministry of Health and Family Welfare allowing caregivers of COVID-19 patients to be prescribed the drug as a preventive measure, and also to treat mild symptoms. However, worldwide, the common opinion seems to be that more evidence is needed to rely on the drug’s efficacy.

But doctors worldwide say they don’t have time to wait for rigorous trials to conclude and are increasingly relying on the drug already in used for other maladies.

In a survey of 5,000 physicians in 30 countries conducted by health care data company Sermo, 44 percent physicians reported they prescribed hydroxychloroquine for their COVID-19 patients, and 38 percent believed it was helping.

However, some concerns are being raised about the possible side effects of the drug.

Vanderbilt University Medical Center (VUMC), which is leading a trial on the drug’s safe usage, said “When used for short periods, hydroxychloroquine is generally well-tolerated, with the most common side effects including nausea, vomiting and diarrhea. However, it can also cause more serious side effects including seizures and a heart conditions (cardiac arrhythmia), which can cause sudden death. It is unknown whether patients acutely ill with COVID-19 are more susceptible to these serious side effects.

EIDD is a potential new antiviral drug being developed to possibly help treat COVID-19. A study published in Science Translational Medicine journal found that EIDD-2801, a form of EIDD-1931 that can be taken orally, prevented severe lung injury in infected mice. When given 12 or 24 hours after infection had begun, the drug reduced the degree of lung damage and weight loss in mice.

Researchers say if clinical studies in humans, expected to begin soon, are successful, EIDD-2801 could not only help stop the spread of SARS-CoV-2, but it also could control future outbreaks of other emerging coronaviruses.

Amid the chaos of an epidemic, those who survive a disease like COVID-19 carry within their bodies the secrets of an effective immune response, writes Ann Sheehey a virologist, in The Conversation, and reproduced in The Associated Press.

Researchers are launching trials now that involve the transfusion of blood components from people who have recovered from COVID-19 to those who are sick or at high risk. Called “convalescent-plasma therapy,” this technique can work even without doctors knowing exactly what component of the blood may be beneficial.

Plasma therapy has been used earlier with some success in other infections like in two previous corona viral epidemics SARS-CoV1 and MERS, and also in H1N1 of 2009-10 and Ebola epidemic. Likewise, the animal serum is widely used in the treatment of diseases like tetanus, diphtheria, gas gangrene, botulism, snake and spider bite.

The Government of India is already granting approval for use of the therapy on a trial basis for severely ill patients.

India has not framed any guideline for mass use of plasma therapy in COVID-19 patients as of now, as the Indian Council of Medical Research (ICMR), the apex medical body in India, is still conducting a trial on the effectiveness of the therapy. A few centres in India have used it but the number of patients treated is few when all other treatment options were exhausted.

However, a possible restriction in the use of this method is that convalescent plasma, which is isolated from recently recovered survivors, is in too short of a supply to be broadly useful.

Furthermore, plasma transfusion is not without its own risk. As this Firstpost article reports, risks include transfusion-related acute lung injury (TRALI) which can cause breathing difficulty/respiratory failure, transfusion-associated circulatory overload (TACO) which can cause heart failure symptoms, allergic reactions or life-threatening anaphylactic shock, risk of infection from other pathogens in the donor’s plasma or acquired during processing, fever, graft vs host disease, hemolysis or breakdown of red blood cells in the recipient etc.

Also, we still don’t know exactly at what stage of the illness the patient should be treated, what should exclude a patient from getting this treatment, how much antibody should be present in the plasma to provide the benefit of treatment.

Incidence of severe adverse effects has been quite low. This evidence forms the basis of trying plasma therapy in the current pandemic. However, the pool of evidence on the use of plasma on the COVID-19 is quite small, given the time frame of the disease. We will still need to wait for results from trials to know the effectiveness of this therapy.

About the Author: Tech2