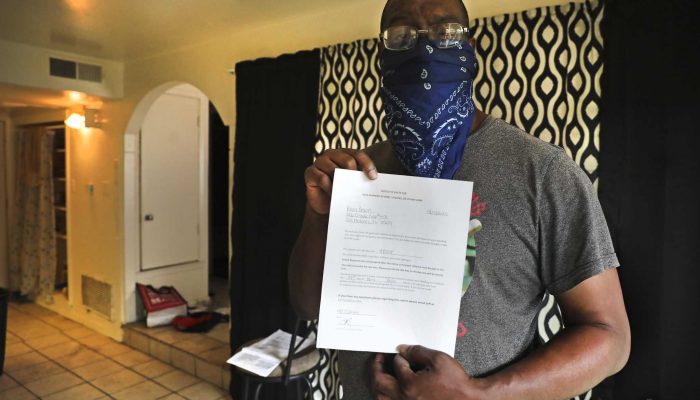 Last week’s contentious City Council vote on a proposed Right to Cure ordinance not only pleased local landlords. It also offered a signal of where the boundary lines are for this council when it comes to addressing social issues during the COVID-19 crisis.

The proposed ordinance, introduced by Councilman Roberto Treviño, would have required landlords to give tenants 60 days’ notice to any proposed evictions, to give those tenants a chance to cure any rent delinquencies. (An amendment introduced last Thursday reduced that grace period to 30 days.)

Even with the support of Mayor Ron Nirenberg, however, the proposal fell short by a 6-5 vote.

The Right to Cure vote was a primary topic of conversation on this week’s episode of the Express-News’ Puro Politics podcast.

City Hall reporter Joshua Fechter said the overriding concern among council opponents of the measure was that the city, which faced a lawsuit over its 2018 paid sick leave ordinance, would be inviting another round of litigation with Treviño’s proposal.

On ExpressNews.com: Proposal to give more protections to San Antonio renters shot down

Given that the city already is dealing with an estimated $200 million budget shortfall brought on by the coronavirus, a majority of the council was unwilling to take that risk.

Fechter said some council members also felt reluctant to place “more financial burden on landlords, who may have already had to forgo a couple of months rent” during the COVID-19 outbreak.

“Now you’re starting to see people hit that barrier, of how far council is willing to go in terms of installing these sort of COVID-related recovery protections,” he added.

“You’re starting to see where the boundaries are on this debate. In addition to being its own little bubble of controversy, this can offer you some kind of a preview.”

Hear this and other subjects discussed on this week’s episode of the Puro Politics podcast.

About the Author: By Gilbert Garcia, Metro Columnist