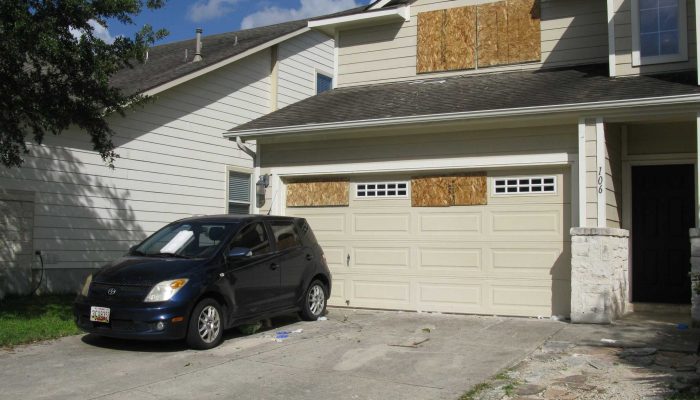 San Antonio police Monday identified all six victims in a case authorities have described as a murder-suicide but have shared little other information about.

Army Staff Sgt. Jared Esquibel Harless, 38, and his wife Sheryll Ann, 36, were found in the back of an SUV in their garage Thursday along with their four children, Esteban Lorenzo Harless, 4; Penelope Arcadia Harless, 3; Avielle Magdalena Harless, 1, and Apollo Harless, 11 months.

Neither the Bexar County Medical Examiner’s Office nor the San Antonio Police Department have said how they died. Police Lt. Jesse Salame reiterated Monday that investigators are confident that no one else was involved in the deaths.

“We’re just trying to figure out the order of events — who did what, when it happened — and we’ve not seen a case that had this number of deceased individuals in a long time,” he said Monday.

The Army Criminal Investigation Command was assisting police in the case. Officers had been called to the home Thursday on a welfare check after Jared Harless, a 10-year Army veteran working for the 470th Military Intelligence Brigade at Joint Base San Antonio-Fort Sam Houston, failed to contact his office.

Seven officers entered the home after seeing a cryptic note written in military jargon, but were driven out by a strong chemical odor after feeling lightheaded, dizzy and nauseous. EMS techs treated them at the scene.

“It was carbon monoxide,” Salame said, saying the feeling was overwhelming even though “the officers couldn’t smell it.”

Harless was a 35Q cryptologic cyberspace intelligence collector/analyst and joined the Army in January 2010, the Army said Saturday. He deployed once in his career, to Iraq in 2011 for Operation New Dawn. He came to Fort Sam in January and listed his home as Renton, Wash. Records show he married Sheryll Ann Frias Cargo on Sept. 1, 2008, in King County, Wash.

A search of Bexar County records showed they had no pending legal issues.

U.S. Army South did not comment on the case or said if Harless would be granted a burial with military honors. The denial of such burial benefits has happened on occasion, once after an Air Force technical sergeant, Steven Bellino, killed his squadron commander in 2016 on Joint Base San Antonio-Lackland.

On ExpressNews.com: Special Forces vet took two guns, a knife and a grudge into fatal meeting

“The 470th Military Intelligence Brigade grieves with the families for the loss of Staff Sgt. Jared Harless and his family,” Army South said in a statement Monday. “Currently, the 470th MI Brigade is working with appropriate family and arrangements are still being considered.”

San Antonio Police Chief William McManus said last week the deaths had the appearance of a murder-suicide, but it was too soon to be certain.

The note that police saw when they arrived at the rented 2,928-square-foot home in the Heights of Stone Oak said, “Bodies or people inside, do not enter,” and “The animals are in the freezer.”

Salame said it is believed that Harless wrote the note. After police left the house, a long day turned into a surreal night.

Police called in the San Antonio Fire Department’s hazardous materials unit and their own bomb squad, shot out the windows with rubber bullets to allow the fumes to escape, and sent a robot inside, but found no explosives.

Authorities sent a text warning to cell phones meant to be received by people in a 1,900-foot radius of the Harlesses’ home, but mistakenly sent it to a 19-square-mile area, Salame said. The warning, which was corrected, initially prompted some to flee an H-E-B store about a mile from the subdivision.

Police entered the home around 9 p.m. and found the family. Besides the bodies, two dead cats were found in a basket in the front seat of the SUV. The seats had been removed from the vehicle.

Salame couldn’t say when they died, but authorities believe they were alive the day before.

“There’s just many layers to this, so many unanswered questions,” Salame said. “And we have the same questions that you and everybody else that lives in the neighborhood and is reading this story, and the question is why?”

Sig Christenson covers the military and its impact in the San Antonio and Bexar County area. To read more from Sig, become a subscriber. sigc@express-news.net | Twitter: @saddamscribe

About the Author: By Sig Christenson, Staff writer