A new Ipsos/Radio-Canada poll has found a majority of Canadians intend to get vaccinated against COVID-19, but that many would prefer to wait at least a month or two after a vaccine is approved before doing so.

One-fifth of respondents were undecided.

“It’s reassuring to me that two-thirds of Canadians are willing to accept vaccination right now, right out of the box. That’s actually a very optimistic number,” Dr. Don Sheppard, director and founder of the McGill Interdisciplinary Initiative in Infection and Immunity, told CBC in an interview Tuesday.

While a majority of respondents said they’d get vaccinated, many said they didn’t want to do it right away.

Eleven per cent were undecided.

“It’s not surprising that not all of the people will want to to take it immediately,” Dr. Cécile Tremblay, microbiologist and infectious diseases specialist at the CHUM, told CBC.

“That would be expected, because some people need more time to see how people react. But in the end the survey says that they would still take it,” Tremblay said.

As Canada prepares to distribute millions of doses of COVID-19 vaccines in January, Chair of the National Advisory Committee on Immunization Dr. Caroline Quach-Thanh and David Levine, who managed the H1N1 vaccine rollout for Montreal, say this vaccination campaign won’t be without challenges. 3:56

Both Sheppard and Tremblay said the poll results line up well with the likely rollout schedule of COVID-19 vaccines.

“If you think about it, in some ways, that’s going to work out perfectly,” Sheppard said.

“We know we’re not going to get 35 million doses of the vaccine dropped off on the provinces’ doorstep on January first,” Sheppard said.

He said the vaccine would likely be made available over a period of months, with health-care workers and those most at risk a priority.

How many people is enough?

“In order for the vaccine to have this ‘herd immunity’ we don’t need everybody to get vaccinated,”  Tremblay said.

“The vaccines that we are envisioning right now are so efficacious that I think we feel that a 70-per-cent coverage would be enough,” she said.

Sheppard was more cautious. He said if the goal is to eradicate COVID-19 in the same way smallpox was wiped out, well over 70 per cent of people would need to be vaccinated.

Dr. Don Sheppard, director and founder of the McGill Interdisciplinary Initiative in Infection and Immunity, said that a vaccination strategy should not necessarily target eradicating COVID-19, but rather managing it. (CBC News)

But Sheppard believes eradication shouldn’t necessarily be the goal, at least in the short-term.

“What we don’t want to do is tell everybody that we’re going to roll this vaccine out and by September everyone will be immune and coronavirus will disappear. Because I don’t believe that is actually possible,” Sheppard said.

He said a more realistic goal would be to manage COVID-19 like influenza, targeting vulnerable populations with a vaccine and stamping out clusters of outbreaks.

“You go after clusters of the disease, and you do ‘ring vaccinations’ around those clusters, to try — and if you will —extinguish the embers of the fire,” Sheppard said.

He said that would be possible to do with a 60 to 70 per cent vaccination rate.

The survey also showed a majority of respondents are worried about possible side effects and risks associated with the vaccine.

Tremblay and Sheppard agree that experts need to listen to those concerns, and do their best to allay them.

“These vaccines — from the data that we’ve seen so far — these vaccines seem to be very safe. There weren’t any major issues in terms of safety,” Tremblay said.

“The FDA (U.S. Food and Drug Administration) forced these companies to have a followup of two months at least after the second injection to monitor adverse events, which is a good thing,” she added.

“So we know that at least two months after the vaccine there hasn’t been any major safety concern,” Tremblay said.

She said the tests, so far, have shown people who received the vaccine experience minor side effects very similar to those experienced with the flu vaccine — sore arms, fever, fatigue.

Sheppard said a common concern he hears from people is that the vaccine has been rushed, which, he said, simply isn’t true.

“Most people are flabbergasted when I explain to them that fast track doesn’t mean shortcut,”  Sheppard said.

“The same number of people have to be vaccinated. We still have the same safety cutoffs. All the same trials have to be done,” he said.

“Where we’re saving time is on the logistics,” he said, explaining much of the bureaucracy and funding hurdles associated with normal vaccine trials and which slow the process down have been eliminated.

One in four opposed to any kind of vaccination

The survey also showed a minority of respondents were skeptical of the COVID-19 vaccine, and of vaccines in general.

Twenty-eight per cent of respondents said they believed COVID-19 could be conquered without a vaccine, and 25 per cent said they were generally opposed to any kind of vaccination.

“That is to be expected, because vaccine hesitancy is something that we’ve been observing in our society for several years now,” Tremblay said.

Sheppard said there appears to be a small but hardcore group of people who are against vaccination.

He urged public health officials to focus more on listening to concerns and opening dialogue with people who are undecided about the vaccine, rather than scolding those who are dead set against it.

The accuracy of online surveys is measured using a credibility interval due to the non-probabilistic nature of the sample. In this case, the results are accurate to within plus or minus 2.0 percentage points (19 times out of 20) of what it would have been if all Canadians had took part in the survey. 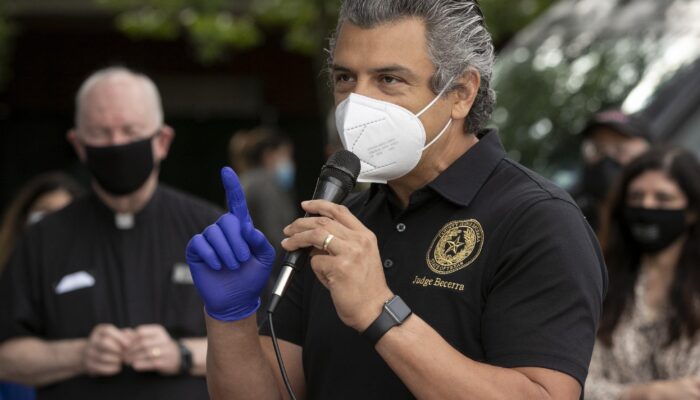 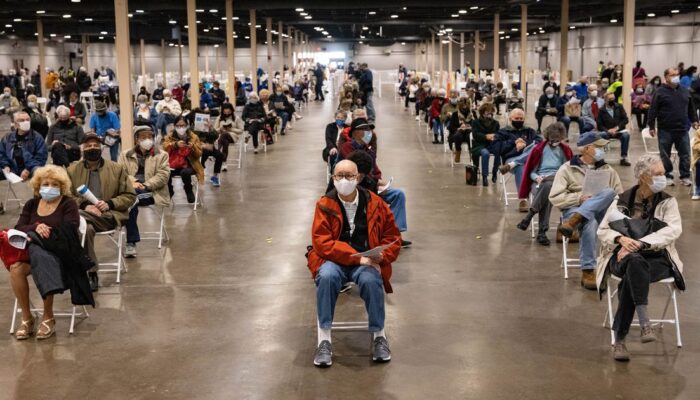 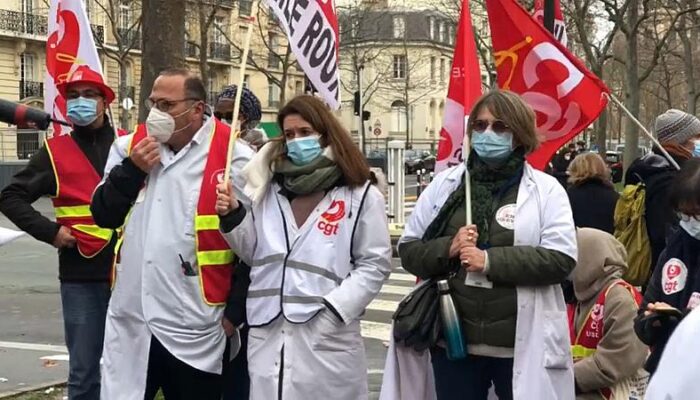 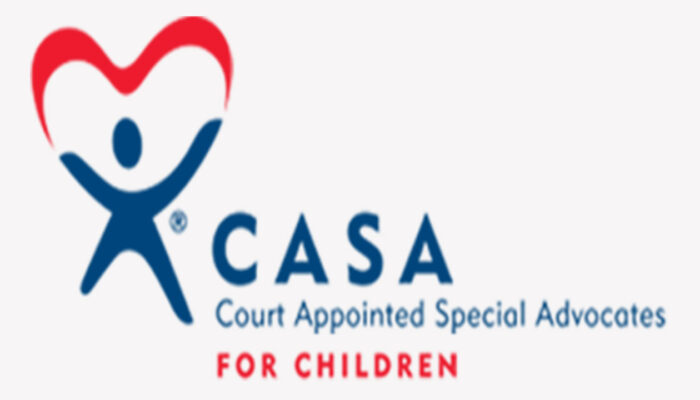 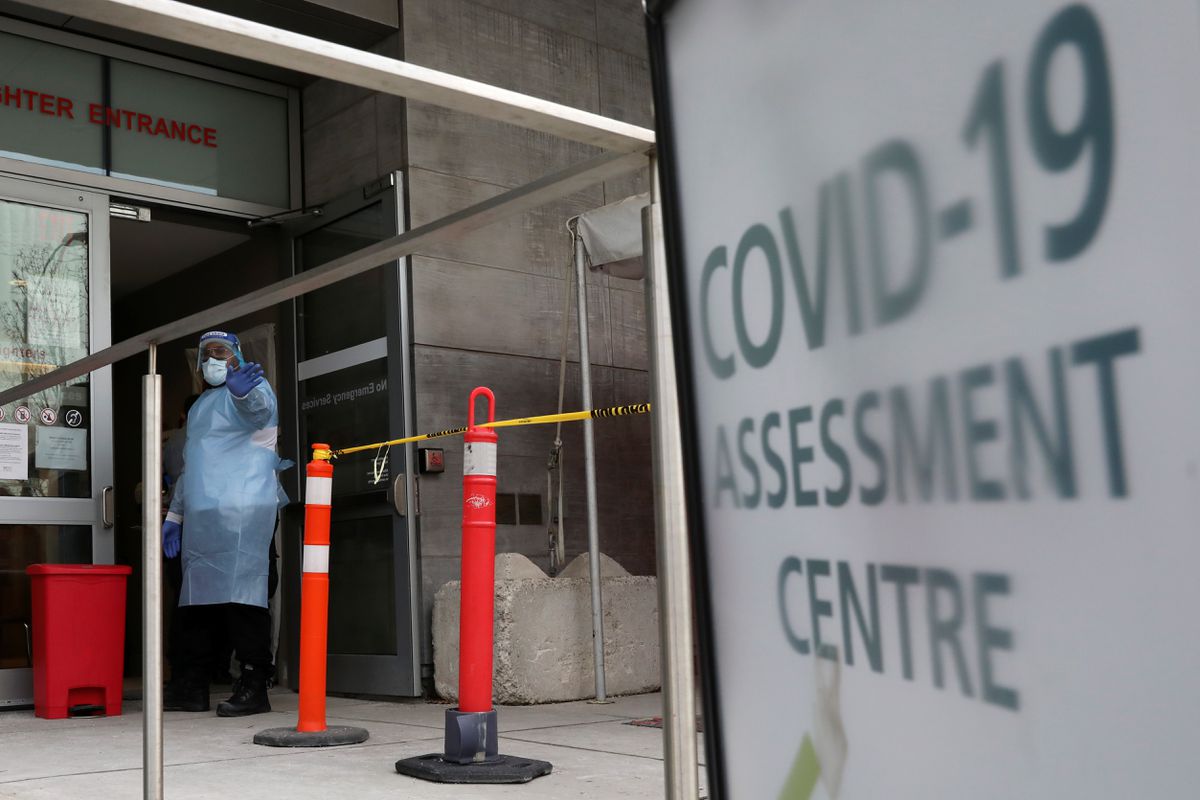 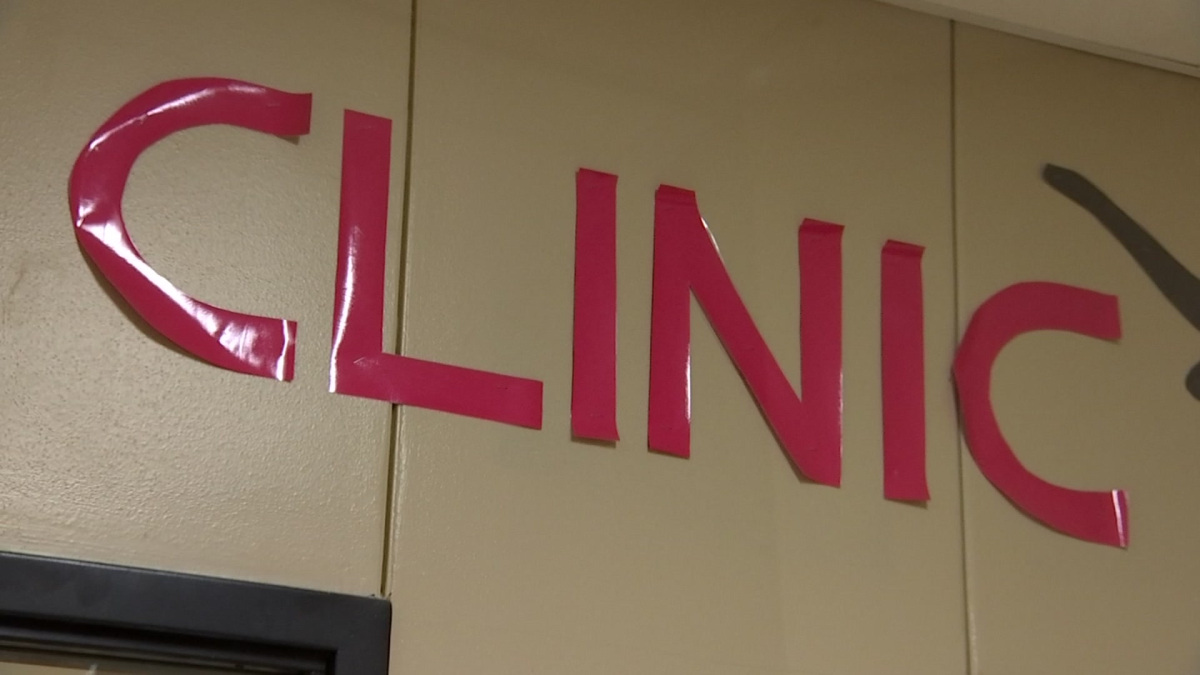 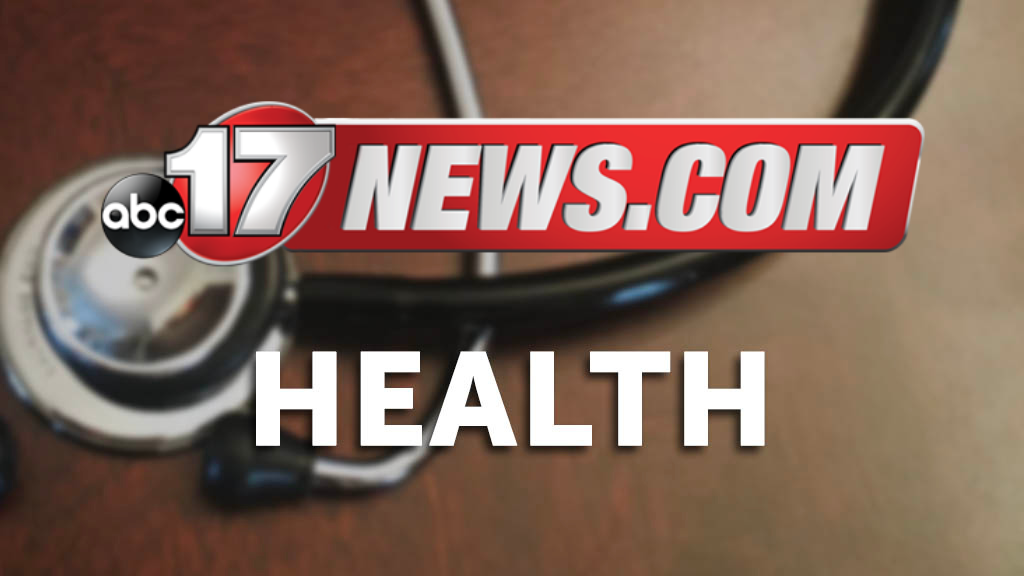 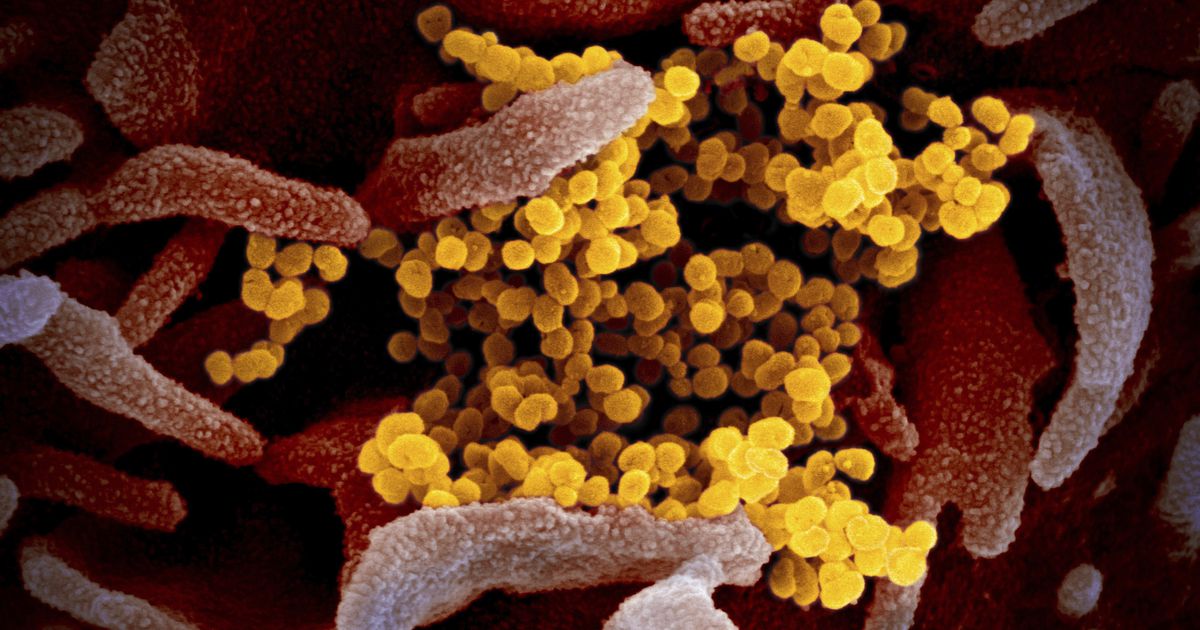 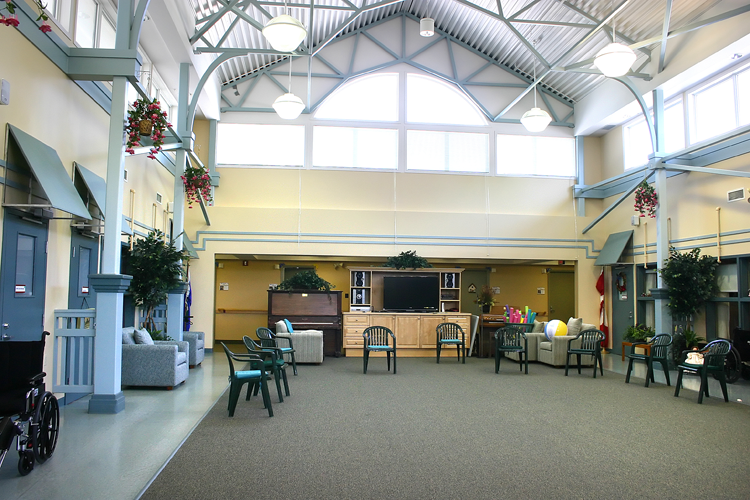 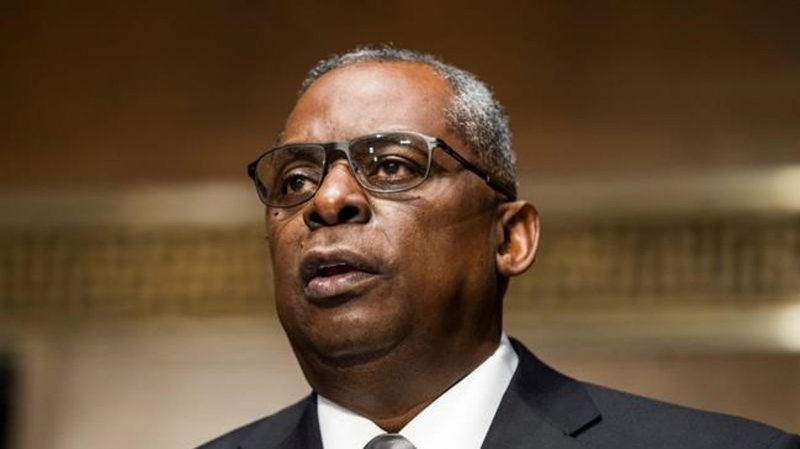