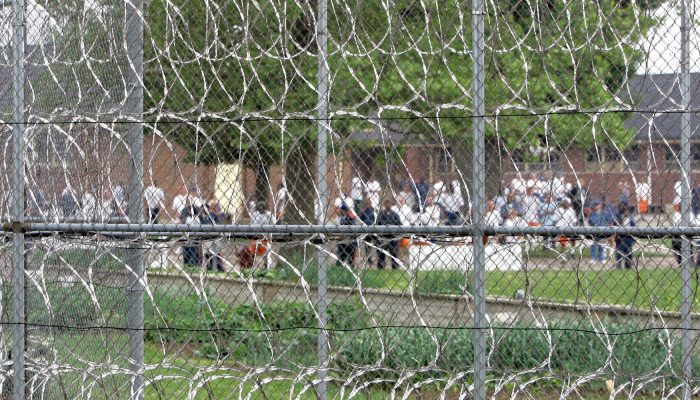 
Michigan’s aging prisoners serve the final years of life sentences at the state’s Lakeland Correctional Facility. Inmates have dubbed it the “gangster retirement home,” a place where many have chronic health issues and are vulnerable to COVID-19.

The coronavirus has swept through Lakeland unabated, three inmates told HuffPost. At least 13 men have died and more than 50 have been hospitalized. Of 266 inmates that the Michigan Department of Corrections (MDOC) tested for the virus in units that hold patients with other health issues, 208 came back positive. Overall, about 57% of Lakeland’s 1,400 prisoners have tested positive.

“We weren’t sentenced to death, but as of now everyone feels like they’re on their way,” said Lakeland inmate Patrick Wilson, 49. Wilson, who is serving a life sentence, has had multiple open-heart surgeries and suffers from a range of health issues. “A lot of guys around here are nervous and scared that this is going to hit home and they’re going to die.”

Inmates say this misery and death could have been avoided. A class-action lawsuit that was set to be filed in federal court Wednesday on behalf of 37,000 state inmates alleges that the MDOC failed to protect them. Some at Lakeland take it a step further, accusing the MDOC of knowingly allowing them to get sick.

We weren’t sentenced to death, but as of now everyone feels like they’re on their way.
Patrick Wilson, an inmate at Lakeland Correctional Facility

They say that Lakeland in April abandoned even the minimal efforts it had put in place in March to separate sick prisoners and to implement social distancing guidelines that reduced the number of inmates at dining hall tables. The suit also says the MDOC conducted only limited testing until just last week.

In mid-April, the MDOC administration ordered inmates not to report symptoms to corrections officers or medical staff unless the issues were “life-threatening,” several prisoners told HuffPost.

“They’re telling everyone ‘We know you all got it. We’re just letting it run through y’all’s system because there’s nothing we can do to stop it,’” said inmate Lamont Heard. “Now everyone in here is sick.”

Lakeland isn’t an isolated case, according to the lawsuit filed by the Michigan State University Civil Rights Clinic. In some corrections facilities, the positive rate among inmates who have been tested for the coronavirus is a startling 87%. More than 20 inmates spoke with HuffPost or filed affidavits that detailed similarly dire conditions across six Michigan prisons.

The class-action complaint argues that the plaintiffs face a “heightened risk of infection and death” because they’ve “been denied proper and equal access to vital preventative measures to avoid the transmission of COVID-19.” That’s a violation of Eighth Amendment protections against cruel and unusual punishment, wrote Dan Manville, an attorney for the inmates.

“Despite the ticking time bomb that COVID-19 represents, MDOC has failed to implement necessary or adequate policies and practices throughout its prisons,” he wrote. “Without swift intervention, it will undoubtedly run rampant through the halls of the prison.”

Among other issues, the complaint alleges that the department has failed to properly isolate sick inmates, provide adequate testing, put in place or enforce social distancing guidelines, and provide adequate cleaning and hygiene supplies.

The suit contends that the MDOC has the means to remedy the situation but has opted not to. The plaintiffs want the court to order the state to implement and enforce the U.S. Centers for Disease Control and Prevention guidelines on social distancing, hygiene and safety during the pandemic. Though the MDOC is already reopening one unused facility to house sick inmates, the suit also asks the court to order the opening of other empty cell blocks and prisons.

“While the MDOC has implemented policies in response to the COVID-19 pandemic, these procedures are woefully inadequate and do not comport with many of the CDC’s recommendations,” Manville wrote. “Time is running out for the proper protections to be put in place.”

According to MDOC estimates, at least 1,364 inmates have contracted COVID-19 statewide. The system’s overall positive rate is a whopping 57% of those tested, and 38 inmates had died as of Tuesday evening. The numbers likely represent just a small percentage of the true number of cases, as the state has tested only about 2,300 out of 37,000 inmates, Manville said.

“Literally nothing you said is true,” Gautz said in an email response to questions about the allegations. “Your questions are as offensive as they are ridiculous.”

“The department has been incredibly proactive in working to slow the spread and keeping our prisoners and staff safe,” Gautz added, pointing to the recent boost in testing at Lakeland. The prison also announced on Friday that it would begin serving meals in the inmates’ cells instead of the dining hall, and this week it began separating Lakeland’s sick and healthy inmates.

A spokesperson for Michigan Gov. Gretchen Whitmer (D) didn’t respond to a request for comment.

‘No One Is Losing Their Job Because Inmates Are Dying’

The Michigan lawsuit is one of several of its kind across the country as the nation’s penal system has failed to prevent the virus from spreading among the 2.3 million inmates housed in more than 1,700 state prisons, 100 federal penitentiaries, 1,770 juvenile correctional facilities and 3,150 local jails.

“It’s spreading like wildfire, partly because the people who run prisons and jails are police state bureaucrats, and the only thing they’re good at is caging people,” Wright said. “Frankly, they don’t care. No one is losing their job because inmates are dying.”

That leaves it up to nonprofits and the courts to force change.

Earlier in April, the Washington Supreme Court ordered the state Department of Corrections to develop a plan to protect inmates. The lawsuit, brought by Columbia Legal Services, sought the release of prisoners over 50 years old, those with serious health problems and those with a scheduled release date within the next 18 months.

Though the court didn’t order the release of the inmates, it gave the state four days to develop its plan and appointed a “special master” to oversee the corrections department’s handling of the pandemic. Anger over the state’s failure to protect inmates in one prison led to a riot in March.

In Texas, a federal judge ordered a state prison that houses geriatric inmates to provide hand sanitizer, masks and gloves to the inmates. The judge also required the Texas Department of Criminal Justice to develop a plan to test the prisoners.

A court went a step further in Michigan by ordering the Oakland County Jail — which is run by the county, not the state — to release medically vulnerable inmates.

Other jails and some prison systems around the country have slowly begun releasing inmates, but Wright isn’t confident there’s much that can stop the virus from spreading behind bars.

“The only thing to do is not let it get in there to begin with, because I’m not seeing anything that prisons are doing that’s been at all effective once it’s in,” he said. “The mass decarceration that we’re going to see is prisoners in body bags, because they’re not being released.”

Why COVID-19 Is Exploding Inside Michigan’s Prisons

Parnall Correctional Facility in southeast Michigan is another COVID-19 flashpoint. The layout and movements of inmates in 10 Block, a minimum-security unit that houses 450 people, illustrate the challenges that the MDOC faces and the missteps it has made.

The five-story block is composed of individual cells facing one another with a narrow hallway between them, according to the federal lawsuit.

“Based on its design, there is no method for preventing the spread of the COVID-19,” Manville wrote.

The mass decarceration that we’re going to see is prisoners in body bags, because they’re not being released.
Paul Wright, executive director of the Human Rights Defense Center

Still, Parnall housed COVID-19 patients in 10 Block, according to inmate Isaac Moberg’s affidavit. Prisoners were given no protections but were told to practice social distancing, which Moberg noted “is not possible.”

To get to the dining hall, for instance, Moberg said he had to pass up to 30 other prisoners who were within several feet of him. Inmates said the dining hall largely didn’t practice social distancing. When Moberg hesitated to enter a shower after another man coughed while exiting, an officer told him to “get into that shower or go back to your cell because you waived your shower,” Moberg said.

The prison has recorded at least 192 confirmed cases of the coronavirus among prisoners and 70 among staff. Inmate Robert Reeves wrote that he got sick while at Parnall after he was “forced to be around positive prisoners in the same block.”

On March 28, the MDOC sent Reeves to a quarantine unit at Cotton Correctional Facility, which has at least one unit dedicated to housing COVID-19 patients, but he said he hadn’t received adequate medical care there, either. Inmates at multiple facilities reported that medical staff don’t change gloves between patients as they screen and treat them.

“I have not seen a doctor, nor did I receive medical instructions on what to do if my symptoms got worse, despite complaining of chest pain, coughing up blood, and having problems breathing,” Reeves wrote. “I was just told it was normal and to go through it.”

Cotton houses inmates in pole barns that put 160 men in a space described as “the size of a basketball court.” About 80 inmates on each side of a barn share four toilets, two computers, five phones and one store kiosk.

I have not seen a doctor, nor did I receive medical instructions on what to do if my symptoms got worse, despite complaining of chest pain, coughing up blood, and having problems breathing.
Robert Reeves, an inmate formerly at Parnall Correctional Facility

Inmate Craig Seegmiller was housed with seven other men in an approximately 10-foot by 12-foot cell in one of Cotton’s pole barns, according to his affidavit. Five people in the cell tested positive for the virus on April 20. Seegmiller was temporarily transferred to a different housing unit but was not tested.

At Lakeland, Heard said only the sickest men are being removed from the general population, which has left his unit full of people with coughs, fevers, diarrhea and other COVID-19 symptoms. Prison staff ignore their concerns, he said.

The situation is taking a mental as well as a physical toll, Heard said.

“The older guys who are locked up are saying, ‘Dang, this is the way I’m going to go out?’” he said. “The other guys feel they ain’t got nothing they can do about it, so they’re angry.”

A HuffPost Guide To Coronavirus

About the Author: HuffPost 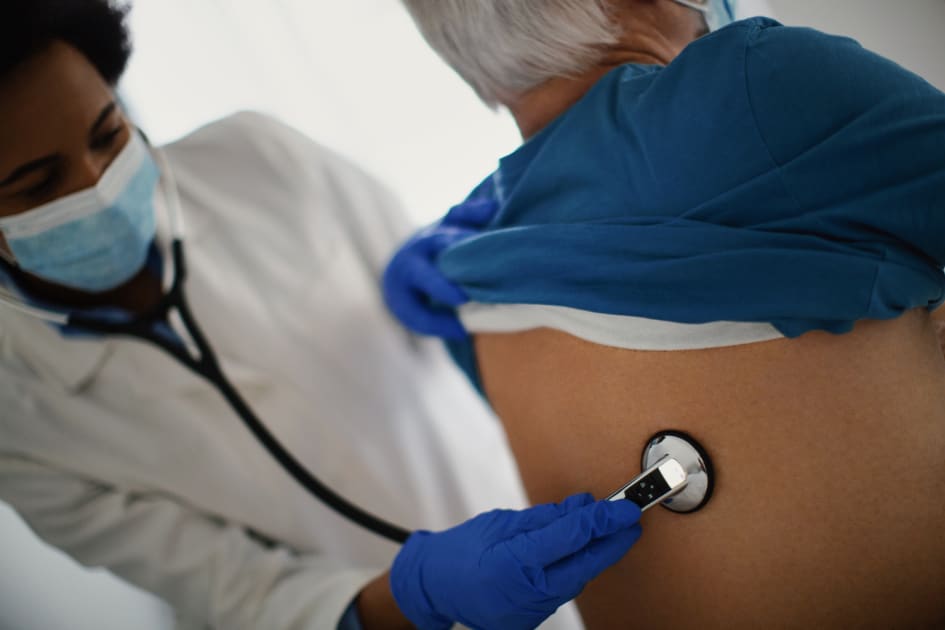 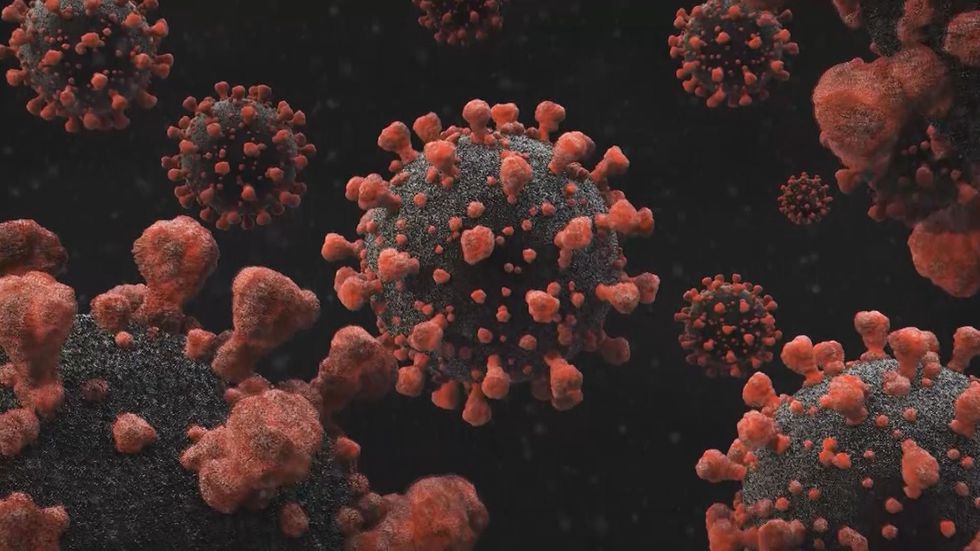