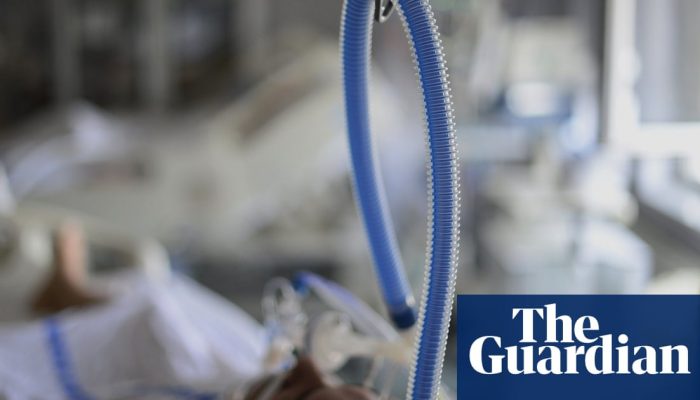 The first drug against Covid-19 to show promise in trials, reducing the time seriously ill people take to recover in hospital, is unlikely to be available widely in the UK soon, it has emerged.

Forty-six people in the UK have received remdesivir as part of the European arm of an international trial. Researchers would like to have given the drug to more patients but did not have the supplies.

Prof Mahesh Parmar, the director of the MRC clinical trials unit at University College London, which ran the UK arm of the trial, said taking part enabled the unit to get hold of a drug that was already believed to have potential for some patients.

“It is very difficult to obtain the drug. The trial did give us access to remdesivir,” he said at a briefing. “I think supply is going to be a real problem.”

The drug, made by the US pharmaceutical company Gilead Sciences, shortened the length of illness from 15 days to 11 in a trial involving more than 1,000 patients in 75 hospitals around the world. The first results suggested more patients survived, with 8% of those on the drug dying, compared with 11.6% of those on a placebo.

“It is very exciting but we must be careful that we don’t overplay what we know to date,” Parmar said. The full data from the trial is still to be released and the process of obtaining a licence needs to begin.

Why are coronavirus mortality rates so different? – video explainer

Although the researchers said they did not see concerning side-effects, the drug can cause problems related to the liver and kidneys, they said.

Brian Angus, a professor of infectious diseases at the Nuffield Department of Clinical Medicineat Oxford, who enrolled patients at the city’s Churchill hospital, said: “It is not a panacea. We have to learn how to give it, when to give it and who will benefit most.”

Remdesivir is one of a handful of drugs singled out by the World Health Organization (WHO) as having potential. Donald Trump has also said it is promising. There has been a rush for supplies of the drug, which was first tested for Ebola but rejected in the Democratic Republic of the Congo when monoclonal antibody drugs performed better.

It was intended to be trialled against Covid-19 in the Recovery trial, running in Oxford, which is comparing five different drugs in more than 8,000 patients, but scientists were unable to secure supplies.

Researchers involved in the new trial, called ACTT (Adaptive Covid-19 treatment trial) say it is likely that remdesivir will be used in combination with other drugs that also show promise.

Andrew Hill, a senior research fellow in the Institute of Translational Medicine at the University of Liverpool, cautioned that a trial of remdesivir in China had not shown any benefit, although it was stopped early when the numbers of patients in hospital dropped too low to be able to recruit enough.

There were other uncertainties. A smaller trial run by Gilead, of fewer than 400 patients, showed that five days of treatment seemed to produce better outcomes than 10 days. Nearly two-thirds (65%) of patients who took the drug for five days recovered, and 54% of those who took it for 10 days. There was a similarity in death rates, which were 8% and 11% respectively.

Gilead said the drug could already be accessed in the UK through clinical trials, its expanded access programme and compassionate use requests.

“Should remdesivir be proven to be a safe and effective medicine for treating Covid-19, we are committed to making remdesivir both accessible and affordable to governments and patients around the world,” it said.

“Gilead has proactively scaled up manufacturing of remdesivir to increase available supply as rapidly as possible in anticipation of potential future needs. We have increased supply nearly thirtyfold since January, and our goal is to produce 1 million or more treatment courses by year end and several million in 2021 if required.”

It said it was working with regulatory authorities around the world, including those in the UK, “to determine the best way forward to assist with this public health emergency”.