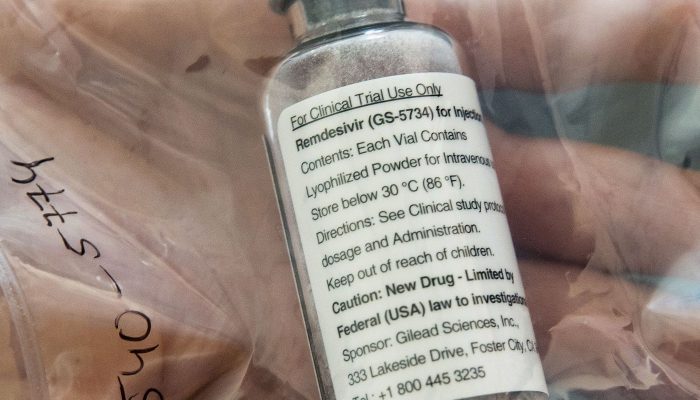 
The US Food and Drug Administration on Friday authorized remdesivir, an experimental antiviral drug, for emergency use to treat Covid-19.

The authorization allows the intravenous drug to be distributed to doctors to administer to patients with severe disease, namely patients with low blood oxygen or those needing breathing assistance with a mechanical ventilator.

Many health experts have had high hopes for the drug, which was initially developed by Gilead Sciences to treat Ebola, and it has since been used in experiments to treat the coronaviruses SARS and MERS. That early testing gave remdesivir a head start in the race for a treatment to Covid-19.

But despite the release of some early study results this week, it’s still not clear how effective the drug is at fighting the virus, and more research is needed before it can be used as the default treatment.

Remdesivir previously showed some success in animal models. Now, early results from a clinical trial at the National Institutes of Health (NIH) show that Covid-19 patients who took remdesivir recovered 31 percent faster than those prescribed a placebo. An internal study from Gilead also found that the drug was just as effective over five days of use as it is over 10.

Dr. Anthony Fauci, director of the National Institute of Allergy and Infectious Diseases, told reporters at the White House on April 29 that he thought the findings were significant.

“This is really quite important,” he said. “This will be the standard of care.”

But a randomized trial of the drug in China recently published in the Lancet found that there was no statistical benefit to taking the drug.

Taken together, the studies highlight the need for more studies. Remdesivir may or may not work, but it’s hard to say based on the evidence available at this point.

Remdesivir works by blocking the virus behind Covid-19, SARS-CoV-2, from copying its genetic instruction set, or RNA. These instructions are written in a code made of molecules represented by the letters A, U, G, and C. Remdesivir is designed to mimic the molecule represented by A, adenosine.

When the virus’s enzymes make copies of its RNA during an infection, it can take up remdesivir instead of adenosine. When it does, the copying process comes to a grinding halt, and with it, the infection. What makes this especially useful is that remdesivir can fool a virus, but a not a human cell, so it has a targeted effect.

But how well does it work against SARS-CoV-2 in an actual human? That’s where the studies come in.

The NIH trial, called the Adaptive COVID-19 Treatment Trial, included 1,063 patients. The results showed that the median time to recover for patients who randomly received the placebo was 15 days while patients who received remdesivir had a median recovery time of 11 days. Remdesivir also lowered the mortality rate compared to the placebo group, from 11.6 percent to 8 percent.

These results, however, are preliminary, and the data behind them haven’t been revealed, let alone published in a peer-reviewed journal.

“It’s difficult to know what to make of that,” said John Norrie, a professor of medical statistics at the University of Edinburgh. “It’s very unusual to say ‘We’ve found some good news but we can’t tell you what it is.’”

Meanwhile, Gilead’s internal study examined 397 patients, dividing them into groups treated with remdesivir for 10 days and groups treated for five days and found little difference between them. That could be interpreted to mean that remdesivir is just as effective at a lower dose, so the drug can be distributed to more patients. But the study didn’t even include a placebo treatment group, making it harder to gauge the impact of the drug.

The Lancet paper, on the other hand, was based on a true randomized controlled trial from Wuhan, China, with 237 patients. The study was also peer-reviewed by other scientists. Initially, the authors wanted to include up to 450 patients, but the lockdown imposed in the city meant that patients stopped arriving.

Norrie, who wrote a commentary article about the Wuhan study, noted that while the study’s design was robust, the findings were inconclusive: There was no statistically significant benefit to taking remdesivir. It may work; it may not.

Eric Topol, director and founder of the Scripps Research Translational Institute, told Reuters that this study was one of the stronger pieces of research on remdesivir, and it showed its impact was lacking.

“That’s the only thing I’ll hang my hat on, and that was negative,” he said. “It was expected to be a whopping effect. It clearly does not have that.”

It’s a frustrating result, but Norrie said the urgent need for a treatment to aid in a global pandemic shouldn’t be an excuse for weaker research. However, one way to speed up the process is to pool data from smaller trials around the world into one. “I strongly believe that our best chance of getting to the right decisions quickly is to share data,” Norrie said.

The FDA observed in its announcement, “There is limited information known about the safety and effectiveness of using remdesivir to treat people in the hospital with Covid-19.”

Still, doctors have been using it to treat some Covid-19 patients under compassionate-use guidelines. These allow some patients to use experimental drugs if no other options are left.

There are at least 19 studies on remdesivir around the world underway or in planning stages, some recruiting thousands of patients. It will be several months before they yield definitive answers, but they will, hopefully, bring the world closer to a working treatment.

Every day at Vox, we aim to answer your most important questions and provide you, and our audience around the world, with information that has the power to save lives. Our mission has never been more vital than it is in this moment: to empower you through understanding. Vox’s work is reaching more people than ever, but our distinctive brand of explanatory journalism takes resources — particularly during a pandemic and an economic downturn. Your financial contribution will not constitute a donation, but it will enable our staff to continue to offer free articles, videos, and podcasts at the quality and volume that this moment requires. Please consider making a contribution to Vox today.

About the Author: Umair Irfan