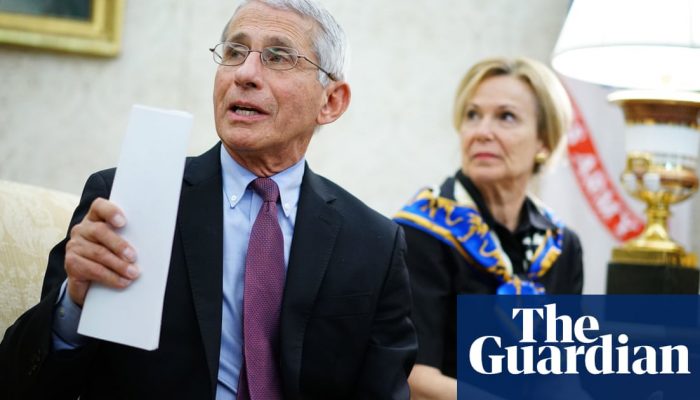 Hopes of an effective drug treatment for coronavirus patients have risen following positive early results from a trial of remdesivir, a drug first tried in Ebola patients.

Data from the trial on more than 1,000 severely ill patients in 75 hospitals around the world show that patients put on the drug recovered 31% faster than similar patients who were given a placebo drug instead. Remdesivir cut recovery time from a median of 15 days to 11.

Scientists also suggested the drug could have an effect on survival. In the group on the drug, 8% died, compared with 11% among those given a placebo.

Remdesivir, made by the US company Gilead, is not a cure for Covid-19 and these results must be confirmed by more data, but experts think it could potentially help those who are acutely ill, probably in combination with other drugs that are yet to be shown to work. Multiple trials are taking place in hospitals around the world.

An earlier trial of the drug, in patients with severe illness in China, showed no effect, but it was stopped early because insufficient numbers of people could be recruited as the epidemic tailed off.

The new trial was sponsored by the US’s National Institute of Allergy and Infectious Diseases (NIAID), part of the National Institutes of Health. Dr Anthony Fauci, a top US public health official, on Wednesday called the early results “quite good news”.

“What it has proven is that a drug can block this virus,” Fauci said. “This will be the standard of care.”

Patients in the Adaptive Covid-19 Treatment Trial (ACTT-EU/UK), launched at the start of April, received remdesivir or a placebo through a drip every day for 10 days. It aimed to recruit 440 patients but ended up with more than twice that number.

Recovery in this study was defined in three ways: being well enough to come off oxygen despite remaining in hospital; being well enough for hospital discharge although not quite back to normal health; or being out of hospital and returned to normal activity levels. In the trial, patients were given remdesivir every day for 10 days while they remained in hospital.

Professor Mahesh Parmar, director of the MRC Clinical Trials Unit at UCL, who has overseen the trial in the EU, said: “This is the first large-scale international trial to report on the use of the drug remdisivir to treat patients hospitalised with Covid-19.

“These results are very promising indeed. They show that this drug can clearly improve time to recovery. Before this drug can be made more widely available, a number of things need to happen: the data and results need to be reviewed by the regulators to assess whether the drug can be licensed and then they need assessment by the relevant health authorities in various countries. While this is happening we will obtain more and longer-term data from this trial, and other ones, on whether the drug also prevents deaths from Covid-19.”

Experts agreed the results were hopeful. Peter Horby, professor of emerging infectious diseases and global health at the University of Oxford, is running the Recovery trial of repurposed drugs that could be useful in Covid-19. He hopes to include remdesivir but has not yet managed to secure supplies because of global demand. He was involved in a trial of the drug in China, however.

“The four days shorter time to clinical improvement in Covid patients receiving remdesivir reported by Dr Fauci from the NIAID trial is similar to the five days difference we saw in our trial in Chinese patients treated within 10 days of illness onset,” he said.

“This suggests that this is a real effect and that remdesivir can help patients with Covid-19. We need to see the full results, but if confirmed this would be a fantastic result and great news for the fight against Covid-19. Our trial and the NIAID trial are quite similar in design and a joint – analysis of the combined data will provide even greater certainty over the effectiveness of remdesivir. The next steps are to get the full data out and work on equitable access to remdesivir.”

Derek Hill, professor of medical imaging at University College London, pointed out that this was a randomised controlled trial, in which half the patients were given placebo, so the results were more reliable than in observational studies where all patients receive the drug.

“These are promising preliminary results,” he said. “In normal times this drug would still be many months or years away from being approved for use on patients. But given these extraordinary circumstances, medicine regulators may decide to provide special fast approval in the near future, provided that there are ongoing controlled studies of its safety and efficacy.”

A statement from the US regulator the Food and Drug Administration said that the agency has been talking with California-based Gilead “regarding making remdesivir available to patients as quickly as possible, as appropriate”.

Some clinicians are already giving the drug to their patients on so-called compassionate grounds.

A separate set of results published by the Lancet medical journal on Wednesday of a trial conducted in moderately ill patients in China concluded remdesivir failed to improve patients’ condition. Gilead said previously that those findings, released inadvertently by the World Health Organization last week, were inconclusive because the study was terminated early.

About the Author: Guardian staff and agencies