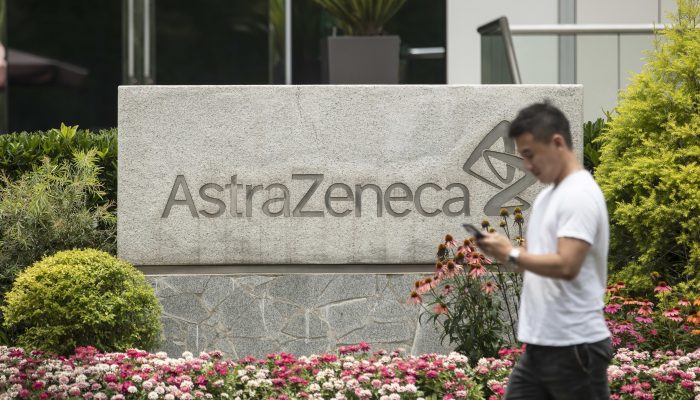 Even as some countries, particularly those first hit by the coronavirus, show some positive signs of improvement, the World Health Organization has warned that the pandemic is still worsening around the world. Most daily new cases are coming from 10 countries, according to the WHO, mostly in the Americas and South Asia.

In the U.S., the New York City region, which was the initial epicenter of the country’s outbreak, has seen the daily growth of its epidemic decline substantially, and officials have begun to ease restrictions. However, some states that were among the first to reopen have begun to see signs that their outbreaks are worsening.

This is CNBC’s live blog covering all the latest news on the coronavirus outbreak. This blog will be updated throughout the day as the news breaks.

The data above was compiled by Johns Hopkins University.

9:39 a.m. ET — Stocks fell sharply at the open as investors took some money off the table amid a recession from the coronavirus pandemic, reports CNBC’s Fred Imbert and Thomas Franck.

9:30 a.m. ET — Restaurants in Colorado began reopening their doors two weeks ago under strict public health measures that limit the number of diners and require employees to wear protective gear. The city of Denver is also working to help its local restaurants by allowing them to extend their outdoor spaces onto adjacent parking lots, streets and sidewalks.

Troy Guard, owner of TAG Restaurant Group, is hoping he’ll rehire some of the 623 employees he had to furlough when Gov. Jared Polis ordered all bars and restaurants to close on March 17. So far, he brought back 80 employees to staff four locations open for takeout and two that just reopened for dine-in service. His company lost $7.5 million in revenue over the 10-week shutdown. TAG’s 12 locations were making about $3 million in revenue a month before the pandemic.

While restaurant owners are looking forward to reopening their businesses, they remain concerned about a potential surge in Covid-19 cases.

“The biggest thing is that we want to make sure that when we reopen, we don’t have to close again because if we close again, it’s kind of a death sentence,” Guard said. —Jasmine Kim

A store stands closed near Wall Street as the coronavirus keeps financial markets and businesses mostly closed on May 08, 2020 in New York City.

9:15 a.m. ET — As the coronavirus pandemic takes a toll on many retailers’ businesses, there could be as many as 25,000 store closures announced by these companies this year, according to one firm.

Bankruptcy filings by retailers have started to mount, and Coresight expects more are on the way.

“We expect that a return to pre-crisis levels in offline discretionary retail sales overall will be gradual, as we expect consumer confidence, demand and spending to be short of normal for some time,” Coresight founder and CEO Deborah Weinswig said in the report. —Lauren Thomas

A view outside Macy’s Herald Square during the coronavirus pandemic on May 13, 2020 in New York City.

8:17 a.m. ET — Macy’s shares are rising after the company released its preliminary financial results, saying customers are returning to reopened stores much faster than it expected. The department store operator is also telling analysts and investors it should enter the holiday season later this year in the lean inventory position. Shares were recently up more than 9% in premarket trading.

With the retailer’s stores shut for most of its fiscal first quarter due to the coronavirus pandemic, sales are expected to fall 45% to $3.02 billion from $5.5 billion a year ago, Macy’s said. It is also forecasting a quarterly net loss of $652 million, or $2.10 per share, for the period ended May 2, compared with net earnings of $136 million, or 44 cents a share, in the same period a year prior.

As of June 1, Macy’s said it had roughly 450 locations back up and running. The company also on Monday evening announced it has raised $4.5 billion in new financing, giving it “sufficient liquidity” to weather the coronavirus crisis. —Lauren Thomas

8:10 a.m. ET — As people across the globe stayed home during the pandemic, Tiffany & Co saw a sharp drop off in sales — especially for engagement rings.

The luxury jewelry company said same-store sales were down by about 44% during its fiscal first quarter, as most of its 324 stores temporarily closed. Its biggest decline was in engagement jewelry, which plummeted by nearly 50%

Tiffany said sales are gaining steam again, especially in China. Sales in the country jumped by 30% during April and about 90% in May, compared with the same period a year prior. And, it said, its new collection of rose gold and gold with diamonds is catching customers’ eyes. —Melissa Repko

7:42 a.m. ET — Gilead Sciences antiviral drug remdesivir helped to prevent macaques infected with the coronavirus from developing respiratory disease and reduced lung damage associated with the virus, according to a new study published in the medical journal Nature.

The study involved 12 monkeys infected with the coronavirus, with only six of them given remdesivir intravenously early on in the study. Those that received the drug did not develop respiratory disease and suffered less lung damage, the study showed.

“Our data support early remdesivir treatment initiation in Covid-19 patients to prevent progression to pneumonia,” the authors said in the report. The drug did not appear to reduce the infectiousness of the infected animals, however.

“Despite the lack of obvious respiratory signs and reduced virus replication in the lungs of remdesivir-treated animals, there was no reduction in virus shedding,” the study said. Clinical trials involving humans are ongoing. —Holly Ellyatt

A pedestrian walks past signage outside an AstraZeneca Plc research and development facility in Shanghai, China, on Monday, June 8, 2020.

AstraZeneca said it licensed the antibodies from Vanderbilt University and hopes to develop them into a potential combination therapy for both the prevention and treatment of Covid-19.

About the Author: Holly Ellyatt,William Feuer