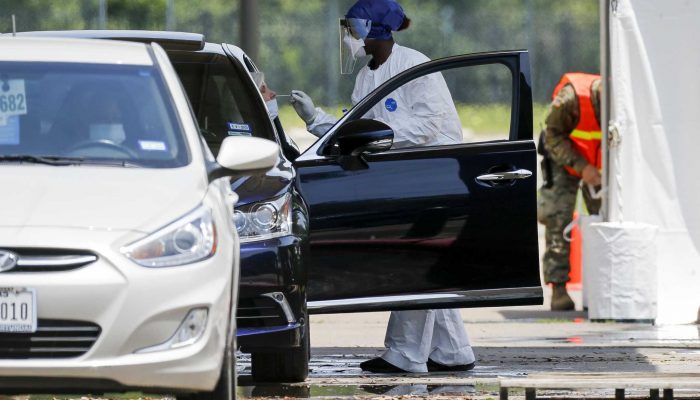 The vast majority of even those Houston-area residents experiencing symptoms consistent with COVID-19 are not getting tested, according to initial results of a Rice University survey, the latest evidence of the lack of screening for the deadly pandemic.

“This continues to make the case that health departments have been making about the need for greater testing resources and capacity,” said Marie Lynn Miranda, a Rice professor of statistics and the director of the COVID-19 registry. “Given that we know many asymptomatic people are spreading the disease, that so many people with symptoms are not getting tested is a concern.”

The survey also found that four of 10 households have lost income as a result of the crisis and that it is causing moderate to severe anxiety in one of four people.

The Rice COVID-19 Registry is modeled on its Texas Flood Registry, established in 2018 to measure the long-term health and housing impacts of Hurricane Harvey. Some 20,000 people have provided information to that registry, which was expanded to include the impact of a May 2019 storm that battered the region and Tropical Storm Imelda in September of the same year.

Some 4,300 Houston-area residents thus far have taken the COVID-19 survey, which Miranda calls an attempt to better understand how the COVID-19 pandemic and social distancing policies are impacting people’s lives, livelihoods and mental well-being.

More than one in four respondents reported possible COVID-19 symptoms and only a small percentage pursued testing. As of Monday, of the 1,095 respondents reporting a high temperature or feverish feeling, 115 got tested, 127 tried but could not get tested and and 853 did not seek testing.

Miranda said that future analysis of survey data will track the breakdowns over time to see if more people get tested as access increases over time.

She expressed the greatest concern about respondents’ mental health. The survey showed moderate to severe anxiety was highest, between 31 percent and 33 percent, in those experiencing possible COVID-19 symptoms; and lowest, 20 percent, in those not experiencing symptoms. Health care workers and first responders were at 22 percent.

Miranda said the survey shows the inherent problems with the term “social distancing.”

“Now more than ever we need to draw together,” said Miranda. “Calling, writing, reaching out to each other, making connection with friends and neighbors — even though at a distance, everything we can do to connect socially is critically important.”

The survey, which was launched in mid-April and has no end date, is not considered representative of the area because it includes undersampled and oversampled groups. For more information, visit the registry.