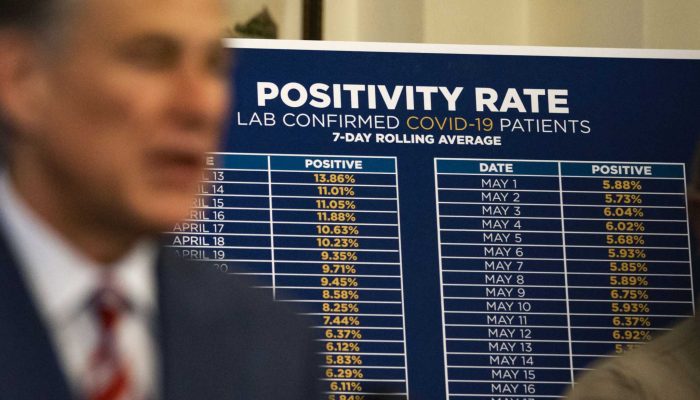 Texas has failed to meet key criteria designed to guide the reopening of the state, even as Gov. Greg Abbott pushes to lift more public health restrictions, a Houston Chronicle analysis shows.

Mark McClellan, one of the chief medical advisers on Abbott’s strike force and a former Food and Drug Administration commissioner, listed key criteria in late March for rolling back the reopening, including being unable to properly trace the source of new infections, a sustained rise in cases for five days or coronavirus patients overwhelming the hospital system.

A Chronicle analysis of public data shows the state is in good shape in terms of hospital beds, but the number of new cases is continuing to climb. Since April 24, when Abbott first started rolling back restrictions put in place to control the virus, Texas has seen a 55 percent increase in new cases per day.

And many major cities, including Houston, still lack the manpower to trace the source of all new infections.

Abbott also has placed a lot of weight on the declining positive test rate, which dropped to 5.2 percent as the state started offering testing to people without symptoms. And he cited the comparatively low number of deaths in Texas, roughly 4.7 per 100,000, which ranks 41st nationally.

As the state moves into phase two of reopening, Abbott said that every decision has been supported by his team of medical experts.

“That commitment to data, to doctors, underpins today’s announcement,” he said.

Still, some experts say a more robust system is needed to sustain the economy as it reopens.

“I think we need to dramatically scale up the amount of testing in the workplace,” said Dr. Peter Hotez, an expert on vaccines at the Baylor College of Medicine. “A second problem is that our ability to do contact tracing is incredibly limited.”

Here’s why the benchmarks are useful, the limitations of those goals and where Texas stands in meeting them as Abbott considers opening the state further:

Benchmark #1: Sustained reduction in new cases for at least 14 days

A sustained reduction in new cases would show the virus is on its way to being contained. Decreases in new cases mean it’s easier to track new hot spots and for hospitals to treat patients safely. Tougher restrictions on public movement could be loosened.

As testing increases, the number of new cases is likely to increase as well. New outbreaks can occur, causing new case counts to spike after sustained decreases. Since April 24, Texas has almost tripled its test rate per day from 10,430 to 28,188.

“Simply taking the raw number of new cases does not tell the full story, importantly you must look at the positivity rate,” said Abbott spokesperson John Wittman in response to emailed questions.

Texas has never seen a 14-day reduction in new cases. A three-day drop in new cases happened twice so far. From April 24 to May 3, Texas saw 10 days of consecutive increases in new cases per day. The report co-authored by Abbott’s adviser argued for returning to restrictions if new cases increased for five days or more.

Benchmark #2: The ability to safely treat all patients requiring hospitalization

Hospital space, staff and equipment are finite resources. If the virus spreads out of control and a large number of patients requires hospitalization, hospitals can be overrun and patients can suffer or die due to the lack of resources.

Hospital resources vary by region, so a statewide average may not accurately depict the situation in more rural counties.

And Texas’ official statistics on hospitalizations include only confirmed cases. They don’t include patients who either haven’t been tested for COVID-19 or whose test results are pending.

Suspected coronavirus cases were nearly 30 percent of hospitalizations in the Houston region, where 566 people were hospitalized Sunday with confirmed coronavirus test results, and another 223 patients were suspected of having the disease.

Available bed data from the state took a sharp increase from early March to early May, but that was due to hospitals starting to report their numbers to the state, according to Darrell Pile of the South East Texas Regional Advisory Committee, one of the agencies tasked with collecting data on hospital resources.

As a whole, the state has not come close to filling its hospital beds and ICU beds or running out of available ventilators.

Benchmark #3: The capacity to test all people with COVID 19 symptoms (30,000 tests a day on average)

Experts say widespread testing is necessary to determine how far the virus has spread and where hot spots may have occurred.

If there is a reduction in new cases even with increased testing, this shows the virus is not spreading out of control and gives policymakers a clearer picture on what to do next.

The more common swab tests have a 30 percent false negative rate. Reliable antibody tests are still in development. There are still challenges in getting enough testing and analysis supplies to allow testing for anyone who wants one.

Even if the state has the capacity to consistently test 30,000 or more people a day, mixed messaging from all levels of government could lead to confusion on whether someone should get tested, said Dr. Umair Shah, executive director of Harris County Public Health.

Additionally, lack of information and mental fatigue regarding the virus are other reasons people wouldn’t go and get tested, he said.

Abbott also announced May 11 that state agencies would test all nursing home residents and staff for the virus, which means the state will need to test about 230,000 people.

Benchmark #4: Capacity to monitor confirmed cases and their contacts (Goal is 4,000 tracers)

Identifying and tracing everyone who came in contact with COVID-19 patients allows the government to have a more focused response to the pandemic.

Instead of widespread shutdowns, specific areas of a community could be shuttered and resources could be more efficiently deployed.

This practice — tracking and monitoring an infected person’s contacts to limit the spread of the disease — is called contact tracing. It’s effective but difficult to do properly when case counts are high.

For example, one new case in South Korea came in contact with more than 5,000 people at local nightclubs in the country, according to multiple media reports. Contact tracers could reach only about half of that group in an effort to define the scope of the hot spot.

Abbott’s office says the state has deployed more than 2,000 tracers and expects to meet its goal of 4,000 by the end of May. The National Association of County and City Health Officials estimates 30 workers per 100,000 would meet the need for contact tracing during the COVID-19 pandemic. That would mean a count of 7,700 tracers in Texas, far from the 4,000 goal of Gov. Abbott.

Despite nearly doubling the number of contact tracers in Harris County at the beginning of the outbreak, public health officials were unable to keep up with the coronavirus’s spread. They gave up on contact tracing every single COVID-19 case at the beginning of April, focusing instead on at-risk populations, such as nursing homes and health care workers.

They hope to jump-start that practice again by the end of this month, when 300 contact tracers will be added to the county’s ranks.

City officials around the Houston region plan to add even more, bringing the total to 600.

Benchmark #5: Death rate/mortality due to the virus

The percentage of confirmed coronavirus cases ending in death shows the highest cost of the pandemic. A low mortality rate would indicate the virus is not taking as many lives per number of cases.

Public health experts believe it’s likely coronavirus deaths are undercounted. This can be due to people dying from the virus without being tested first.

Confirmed deaths due to the virus have remained low in Texas, in comparison to other states, at 4.65 deaths per 100,000. About 2.8 percent of confirmed cases in Texas have died.

“Texas has one of the lowest death rates in the country,” Wittman said.

Alex Stuckey and John Tedesco contributed to this report.

About the Author: By Matt Dempsey, Jordan Rubio and Stephanie Lamm, Staff Writers 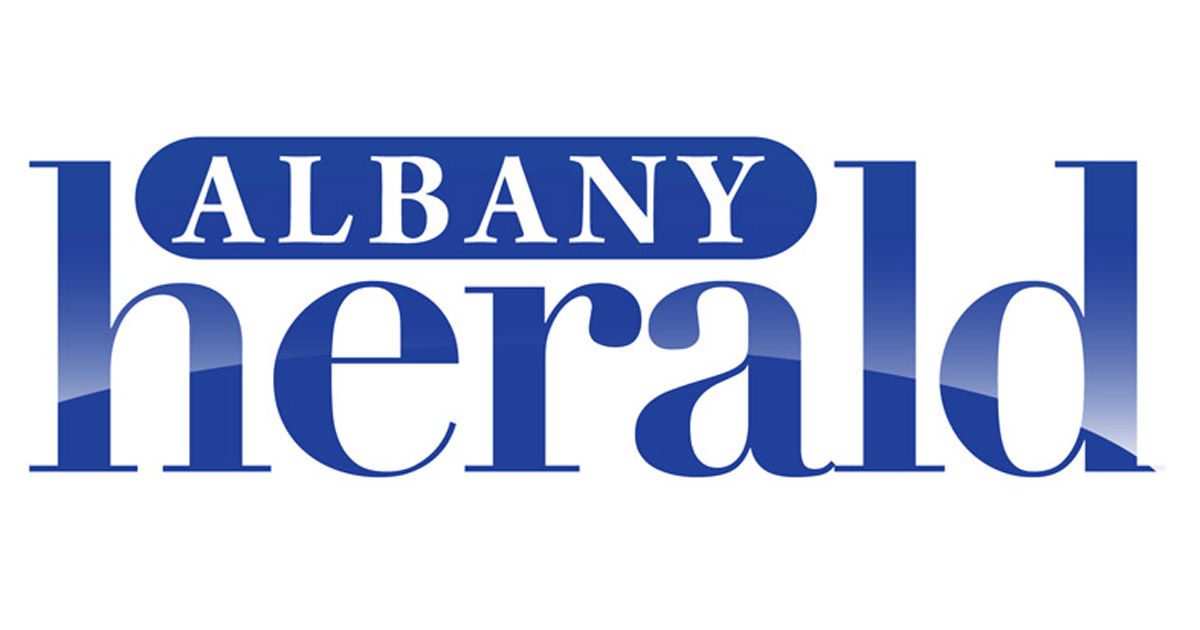 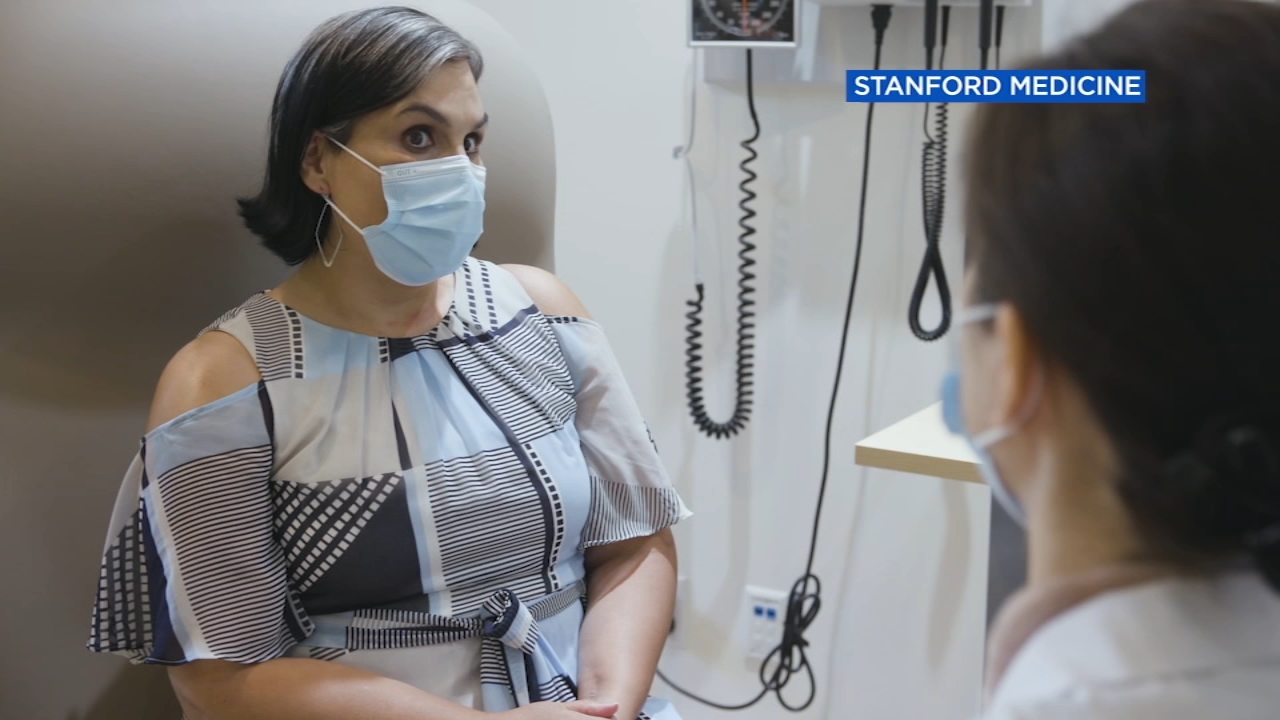