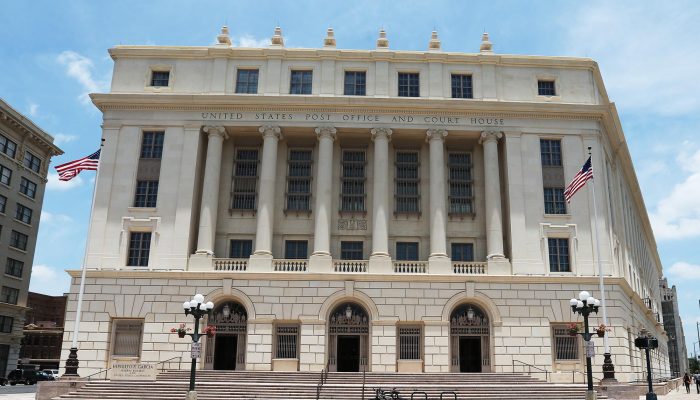 The upheaval triggered by the coronavirus pandemic shuttered businesses and thrust workers into the unemployment lines.

Yet the economic turmoil largely hasn’t spilled over into bankruptcy court, where financially distressed companies and individuals often seek refuge from creditors.

Overall, bankruptcies — businesses and individuals combined — slid to 142 in April, a more than 50 percent drop from the 296 recorded in the same period a year ago. May saw 179 filings, down 41 percent from 304 a year ago.

Those were the fewest number of cases filed in April and May in at least 20 years, according to the U.S. Bankruptcy Court for the Western District of Texas’s clerks office.

“I’ve been sitting here for three months with no phone (ringing) — nobody’s been calling me,” San Antonio bankruptcy lawyer Heidi McLeod said with a chuckle. “You have to pick it up every once and a while (to check), is it still on?”

On their face, the numbers aren’t surprising given the array of financial assistance that has been extended to the jobless, renters, homeowners and business owners over the last few months.

$600 a week in federal stimulus payments for the unemployed. That’s on top of as much as $521 a week in unemployment compensation from the state.

Mortgage and tax foreclosures were halted for the last few months. Many lenders also offered payment deferrals and loan modifications for borrowers who couldn’t make mortgage or car payments.

Thousands of area businesses received Paycheck Protection Program loans through the federal CARES Act to cover payroll, mortgage interest, rent and utility costs. The loans can be forgiven if certain requirements are met.

Bankruptcy often is driven by pressure from creditors, McLeod said, so the financial relief eased much of that pressure.

“If nobody’s having anybody repo their car, or sell their house, or kick them out of their lease, then that’s going to naturally affect keeping people from filing bankruptcy, because they’re not going to need to,” San Antonio bankruptcy lawyer Ron Smeberg said.

Texas Inc.: Get the best of business news sent directly to your inbox

The drop in bankruptcy filings may be fleeting, however.

Through the first eight days of this month, 25 Chapter 13 cases were filed in the San Antonio area — almost as many as in all of May.

Some of the government relief has ended, or is nearing an end — unless it’s extended. The Texas Supreme Court ended the moratorium on evictions. Foreclosure moratoriums on mortgage loans backed by Fannie Mae and Freddie Mac expire at the end of the month.

PPP loans are only meant to cover eight weeks of payroll and expenses. The $600 weekly payments for the unemployed run out next month.

The extra $2,400 a month the unemployed have received has allowed them to “weather the storm,” San Antonio bankruptcy lawyer J. Todd Malaise said. But, “when that money goes away and they haven’t got a job, I think we’ll see (an upward) spike for Chapter 7s.”

A Chapter 7 filing allows a debtor to wipe out unsecured debts such as credit card and medical bills.

Borrowers, though, can request a six-month forbearance if their loan is backed by the government. The forbearance may be extended by an additional six months.

Businesses bankruptcies, meanwhile, also have tumbled. Fifteen businesses filed in April and May each, versus 27 and 30 in the same months last year. The figures are reorganizations and liquidations combined.

Smeberg expects a “tidal wave” of business bankruptcy filings in the next three to six months.

“All these Band-Aids aren’t addressing the real issue as to what extent people are going to go back and use these businesses,” he said. “Even if 80 percent of the people go back to the restaurants, 20 percent of your business drops in an (industry) where the margin already isn’t very high. It’s going to be devastating.”

About the Author: Patrick Danner