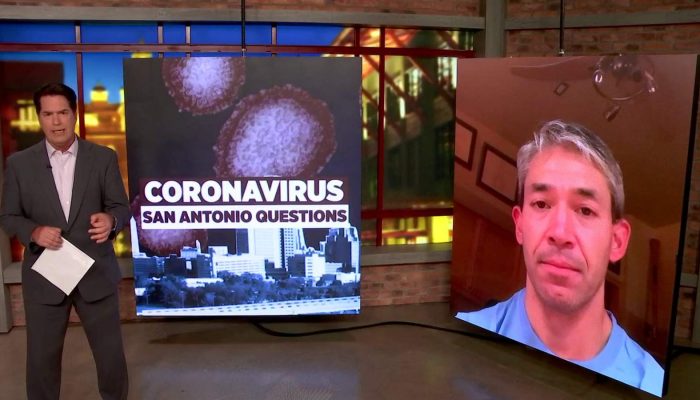 SAN ANTONIO – San Antonio Mayor Ron Nirenberg is just as anxious to hear about the new executive order that Governor Greg Abbott said he will release on Monday as anybody in the state.

This week, Abbott made an argument for reopening businesses in Texas amid the COVID-19 pandemic. Nirenberg said he’s not sure what the governor will announce but hopes Abbott will “take a thoughtful approach.”

KSAT Viewer Question: “Do you anticipate any major discrepancies with the state’s plan to open up the economy and the city/county’s plan?”

“If there is a rush to open things up before the health recommendations say is safe, then there will be a conflict,” Nirenberg said Wednesday evening during a live Q&A session on KSAT.

Nirenberg said he’s been in touch with the governor and has talked with members of the state’s transition team, and he’s hopeful the governor will allow some latitude for local jurisdictions based on local health data.

“We in the major metropolitan areas of the state have been working together and have been on a different timeline,” Nirenberg said. “We had to issue social distancing measures before the state acted because we saw the threat looming in regards to the spread of this disease.”

The mayor said opening things up too early would not only risk lives, but livelihoods.

“Based on the health guidance, we know that opening up carelessly would cause even more pain than we’ve already seen,” Nirenberg said. “We want to reopen as soon as possible, but as soon as safely possible. We don’t want to back here again. A healthy economy starts with healthy people.”

Nirenberg said regardless of what is in Governor Abbott’s new executive order, the city and county leaders will need to issue a new one as well because “there will still be some gaps.”

The San Antonio City Council will meet together with the Bexar County Commissioners Court on Tuesday to hear a report, and recommendations, from the county’s health transition team. A joint meeting between the governing bodies is unusual, if not unprecedented.

KSAT Viewer Question: “If you don’t have symptoms can you get tested?”

Right now the guidance is to test people who have at least one symptom, the mayor said.

“We all want to do asymptomatic tests. We want to do community-wide screenings so we can know exactly where this disease is and the infections are, but we just don’t have that capability in the country,” Nirenberg said.

The mayor said no city in the United States has the tests or testing equipment to begin mass testing. He called it one of the weaknesses of the United States’ preparedness for this pandemic.

Nirenberg said right now the only asymptomatic people who are being tested are people who are in the vulnerable population who may have been exposed, like patients in nursing homes.

Mayor Nirenberg answered several other questions during Wednesday night’s Q&A on KSAT. Click on the questions to read his responses.

You can watch the full segments of Wednesday’s Q&A with Mayor Nirenberg in the video player at the top of this article.

Mayor Ron Nirenberg is answering KSAT viewer questions each Wednesday evening, both during the 6 p.m. broadcast news on KSAT12 and during the streaming KSAT News at Nine. Both can be seen on KSAT.com and on KSAT-TV’s streaming app.

KSAT12 is working hard to get answers to the most important questions you have about the new coronavirus and COVID-19.

Other local leaders are on with Steve Spriester at approximately 6:40 p.m. and 9:15 p.m. (online) on Monday, Tuesday, Thursday and Friday.

Mayor Nirenberg has also been holding nightly briefings with Bexar County Judge Nelson Wolff to give the latest updates on COVID-19 in San Antonio and Bexar County. You can also watch those on KSAT12 and KSAT.com at about 6:10 p.m. each evening.

Find more answers and ask your own questions on our SAQ page.

Submit your questions for the mayor through the prompt below: