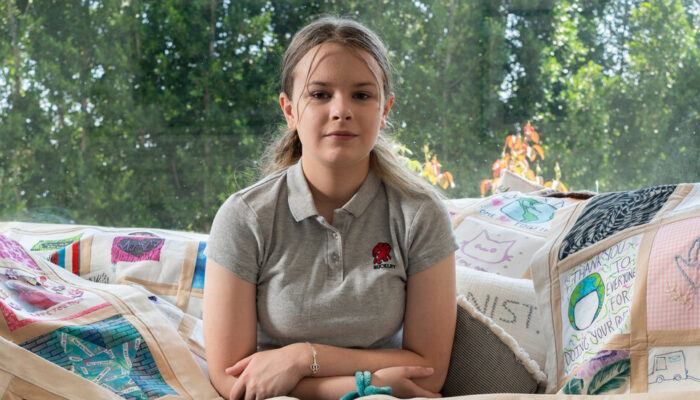 
WASHINGTON — In Facebook groups, text chains and after-work Zoom calls, survivors of Covid-19 and loved ones of those who died from it are organizing into a vast grass-roots lobbying force that is bumping up against the divisive politics that helped turn the pandemic into a national tragedy.

With names like Covid Survivors for Change, groups born of grief and a need for emotional support are turning to advocacy, writing newspaper essays and training members to lobby for things like mental health and disability benefits; paid sick leave; research on Covid “long haulers”; a commission to investigate the pandemic and a national holiday to honor its victims.

As President Biden tries to shepherd the country into a post-pandemic future, these groups are saying, “Not so fast.” Scores of survivors and family members are planning to descend on Washington next week for “Covid Victims’ Families and Survivors Lobby Days” — a three-day event with speakers, art installations and meetings on Capitol Hill — and, they hope, at the White House.

Patient advocacy is not new in Washington, where groups like the American Cancer Society have perfected the art of lobbying for research funding and improvements to care. But not since the early days of the H.I.V./AIDS epidemic has an illness been so colored by politics, and the new Covid activists are navigating challenging terrain.

A House resolution expressing support for designating March 1 as a day to memorialize the pandemic’s victims has 50 co-sponsors — all of whom are Democrats. The call for an investigative commission has been met with silence from Mr. Biden, who appears determined to look forward rather than rile Republicans by backing an inquiry that would focus in part on former President Donald J. Trump. The partisan rancor that killed a plan to investigate the Jan. 6 riot at the Capitol has made the Covid activists’ search for answers all the more challenging.

“This isn’t a political finger-pointing exercise,” complained Diana Berrent, of Long Island, who founded the group Survivor Corps. “We are not looking for a trial of who was right and who was wrong. We need an autopsy of what happened.”

Many of the new lobbyists are political novices, but some are not strangers to Washington. .

Covid Survivors for Change, is run by Chris Kocher, a media-savvy veteran of the gun safety movement who said he has already trained more than 500 survivors in the tools of advocacy.

Marked by Covid, the group coordinating next week’s event, is run by Kirstin Urquiza, a former environmental activist from San Francisco whose impassioned obituary for her father went viral — and landed her a speaking slot at the Democratic National Convention. She is bringing together more than a half-dozen coronavirus-related groups for the lobby days.

Others are learning as they go, including Karyn Bishof, 31, a former firefighter and single mother in Boca Raton, Fla., who founded the Covid-19 Longhauler Advocacy Project, and Pamela Addison, 36, a reading teacher from Waldwick, N.J. who founded the young widows group. “What sparked my political advocacy is my husband’s death,” Ms. Addison said. .

In many ways, the people joining these groups echo those who lost loved ones in the Sept. 11, 2001 attacks and coalesced into a political force, pushing for an investigation that led to changes in intelligence gathering. Their numbers, however, are much greater. About 3,000 people died on 9/11; the pandemic has claimed more than 600,000 American lives, and more are dying of Covid each day.

But there are significant differences. Sept. 11 brought the country together. The pandemic tore an already divided nation further apart. It is perhaps paradoxical, then, that these victims and relatives are coming to Washington to ask that politics and partisanship be set aside and that Covid-19 be treated like any other disease.

“Unfortunately you have to use the political system to get anything done, but this is not really about politics,” said Kelly Keeney, 52, who says she has been sick for more than 500 days with the effects of Covid-19. Last week, she attended a Zoom advocacy training session run by Ms. Urquiza, who encouraged attendees to bring photographs of their loved ones to Washington for a candlelight memorial next week.

“We want to make sure that our legislators know the issues that are important to us and we are an organized front that cannot be ignored,” Ms. Urquiza said on the call.

At the Democratic convention last summer, Ms. Urquiza very publicly denounced Mr. Trump. But her group is nonpartisan, and with Mr. Biden now six months into his term and squarely in charge of the response, she and other activists are training their sights on him. She wrote to the president asking him to meet with her group’s board; the White House offered other officials instead.

Many survivors and family members view the president as too eager to declare “independence from the virus,” as he did on July 4, and not attentive enough to the plight of “long haulers” who are desperate for financial and medical help.

Ms. Bishof, the former firefighter from Florida, said members of her long-haulers group cheered out loud when Senator Tim Kaine, Democrat of Virginia, described himself as a Covid long hauler during a Senate Health Committee hearing in March. “We were like, ‘Contact him now!” she exclaimed.

Ms. Bishof was also instrumental in forming the Long Covid Alliance, a coalition of health and coronavirus-related groups, which scored a preliminary victory in April when Representatives Donald S. Beyer Jr., Democrat of Virginia, and Jack Bergman, Republican of Michigan, introduced bipartisan legislation authorizing $100 million for research and education into long-haul Covid.

Others have had a harder time getting buy-in from either side.

After her father died of Covid-19, Tara Krebbs, a former Republican from Phoenix who left the party when Mr. Trump was elected, reached out to Ms. Urquiza on Twitter. She was frustrated and angry, she said, and feeling alone. “There was a lot of silent grieving at first,” she said, “because Covid is such a political issue.”

Together the two women helped persuade Ms. Krebbs’s congressman, Representative Greg Stanton, Democrat of Arizona, to introduce the resolution calling for March 1 to be designated as a day to honor victims of the pandemic.

Mr. Stanton said he was at a loss to explain why no Republicans had signed on.

“We’re going to get this thing done — it’s the right thing to do, whether it happens to be bipartisan or not,” he said in an interview. “The American people need to have a day where we can collectively say to our citizens and their loved ones who are still suffering: ‘We see you. We hear you. We stand with you and we care.’ ”

That is what survivors — and especially those who have lost loved ones — seem to want the most: to feel seen and heard.

They are also hoping to pack a visual punch by partnering with artists who are joining them in Washington to raise awareness and push for permanent memorials.

One of them, 14-year-old Madeleine Fugate, a rising ninth-grader in Los Angeles, has stitched together a Covid Memorial Quilt — inspired by the AIDS Memorial Quilt of the 1980s — of fabric squares donated by people who lost loved ones to the virus. She has written to Jill Biden, the first lady, asking for permission to display the quilt on the National Mall.

Like breast cancer survivors who adopted the pink ribbon, Covid-19 survivors groups have adopted their own symbol — a yellow heart. Rima Samman, whose brother died of Covid-19, created a memorial on the beach in Belmar, N.J., of rocks with the names of victims inside hearts fashioned from seashells painted yellow.

It attracted national attention but was vulnerable to the elements, and is now packed up awaiting a permanent home. It is too big — 12 hearts bearing 3,000 names — to bring to Washington. Instead, Ms. Samman is seeking a permit for a candlelight memorial next week in Lafayette Square, near the White House, with 608 luminaries — one, she said, for every 1,000 lives lost.

About the Author: Sheryl Gay Stolberg