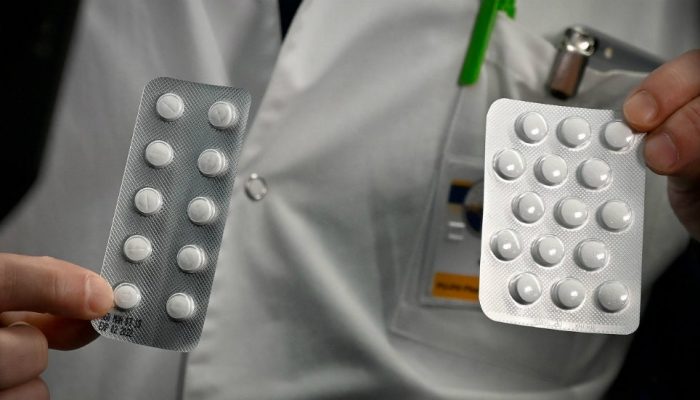 When President Donald TrumpDonald John TrumpSenate committee to investigate origin of, response to coronavirus pandemic Amash teases possibility of third-party presidential bid Overnight Health Care: Trump fires back at critics during briefing | Trump claims he has authority on when to reopen states | Governors form groups to discuss plans | Fauci offers support to Trump | House delays return MORE suggested that an off-labeled repurposing of a pair of old antimalarial drugs might prove to be a “game-changer” coronavirus therapeutic, pundits howled that he was irresponsibly peddling false hope to a weary American public like some late-night snake oil salesman.

While predictable, this gut reaction wasn’t remotely informed by science, but instead the sort of petty tribalism that makes even pandemics partisan affairs in this country.

Set aside whether you support the president or not, because the virus doesn’t care.

It’s true that the president may not understand the sciences of virology and pharmacology, but I do — and all the available data urgently demand that our government pursue chloroquine and hydroxychloroquine as treatments for the novel coronavirus.

But don’t take my word alone. Last week, Jackson & Coker, one of the country’s largest physician staffing agencies, polled more than 1,200 doctors and found that 65 percent would prescribe these drugs to treat COVID-19 in family members.

Understand: These drugs are not new, and their nominal side effect profiles are well-known. It wouldn’t even be the first time they were repurposed for off-label use.

These drugs were first prescribed to treat and prevent malaria. Doctors in World War II found that they had significant therapeutic value in treating the symptoms of lupus. Indeed, many of the reasons the pair proved effective in treating lupus, like its ability to tamp down an over-exuberant immune reaction, explain why scientists are so eager to test it against COVID-19. But there’s even more. In vitro, these drugs prevent a virus from entering a cell and facilitate its elimination once it has breached a cell.

A new controlled study released by researchers in China showed that patients with mild to moderate COVID-19 symptoms who were treated with hydroxychloroquine saw faster recovery and were less likely to turn severe compared to patients who did not receive the treatment.

But it’s not just the Chinese, whose new infections have reportedly fallen to single-digits, who believe the drugs could play an essential role in defeating this virus. Indeed, their data mirror earlier randomized controlled studies in South Korea, Italy and France, which found positive relationships between the two drugs and reductions in fever and improvements in lung function and disease progression.

Following the action of other countries’ governments to encourage the drugs’ use, the U.S. Food and Drug Administration on Sunday issued an emergency use authorization for chloroquine and hydroxychloroquine, which allowed private shares of the drugs to be donated to the Strategic National Stockpile and for doctors to begin prescribing them in specific cases. Concurrently, the Department of Health and Human Services said it would fund a $750,000 one-month study on the use of the drugs to treat COVID-19.

These new actions are steps in the right direction. But the science says they’re not enough — we need to do more to study and use them right now.

Rather than merely treating only the sickest patients with these drugs, there’s already significant empirical evidence that they have applications in preventing the contagion’s spread or mitigating its progression in those infected.

Clinical trials always pose some risk to participants, but as the human and economic toll of this virus balloon, there is obvious reward to society, too.

Not everyone is a candidate for chloroquine or hydroxychloroquine, but the threat of infection isn’t equal, either. For those willing, the government should allow all front-line health workers and those living in geographic hotspots, like New York, San Francisco and Seattle, to participate in a massive, elective clinical trial.

The more people who participate, the sooner we will know if these medications work to prevent or treat COVID-19. And the sooner we understand its efficacy, the sooner life and our economy can return to normal.

Dr. Jeffrey Segal is a board-certified neurosurgeon who trained at Baylor College of Medicine. Dr. Segal, who is also a practicing attorney, is the founder and chief executive of Medical Justice, a physician-based malpractice reform organization.