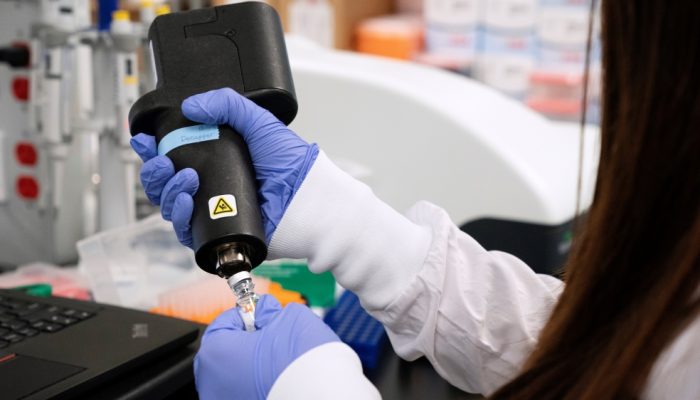 
What should take 10-15 years, the global scientific community hopes to cram into months. The World Health Organization (WHO) says there are 70 vaccines in the works for COVID-19, four of the most promising are already being tested.

The billions being spent now could help return the economy back to normality. There is no guarantee that any of the vaccines will work.

For now, on and off lockdowns and flare-ups of coronavirus could be the norm.

The Bill & Melinda Gates Foundation will fund the manufacturing of seven potential vaccines. Despite the fact that billions of dollars could be wasted, maybe just one or two of the vaccines will be successful. But Bill Gates argues that losing a billion is better than the global economy losing trillions of dollars.

The United States has set aside $27bn from its multitrillion-dollar stimulus package for the development of vaccines. It bet almost $500m on drugmaker Moderna to deliver its COVID-19 vaccine, which is already in trials.

Tech start-up BenevolentAI has unleashed its machine-learning power to find existing drugs that may be used in the fight against the pandemic. It has identified a rheumatoid arthritis drug from Eli Lilly that may do the job.

It is just one of many drugs that are in trials right now.

And it is not just the Western world that has the scientific know-how to beat the virus, in Senegal a laboratory has used its AIDS and Ebola experience to develop a $1 COVID-19 testing kit.

While there are no drugs to treat COVID-19, enterprising pharmaceutical companies are using existing drugs to help those seriously affected by the pathogen. CytoDyn is seeking approval for compassionate use of its drug.

Dr Nader Pourhassan, chief executive of US drugmaker CytoDyn, tells Al Jazeera about the effect of its drugs on patients facing severe and critical coronavirus symptoms.

Has OPEC lost its ability to control oil prices?

A pandemic, a global glut and a lack of storage was the perfect storm that sent US oil prices into negative territory for the first time ever.

Traders were forced to pay buyers to take oil off their hands. With oil at historic lows, the US oil industry is paying a heavy price with many companies filing for bankruptcy.

Despite OPEC’s record production cut, oil prices have fallen further. Has the oil cartel lost its ability to manage prices?

Rajat Kapoor, an oil analyst and managing director of Oil & Gas at AWR Lloyd, shares his thoughts on oil prices and the industry’s current challenges with Al Jazeera.

As the world throws out the rule book and spends trillions of dollars to avoid a total collapse of economies, is it time to consider stimulus that can carry us beyond the crisis?

The lockdown has proven, the natural world will go on without us. While many nations have targets to reduce pollution, the money tells us otherwise.

$250bn in “green bonds” were issued last year. Green bonds work in the same way as others but are specifically used for environmental and climate-related projects.

It may sound like a lot but added to what is already out there, that is less than 0.1 percent of the total government debt which stands at $9 trillion dollars worldwide.

About the Author: AJEnglish