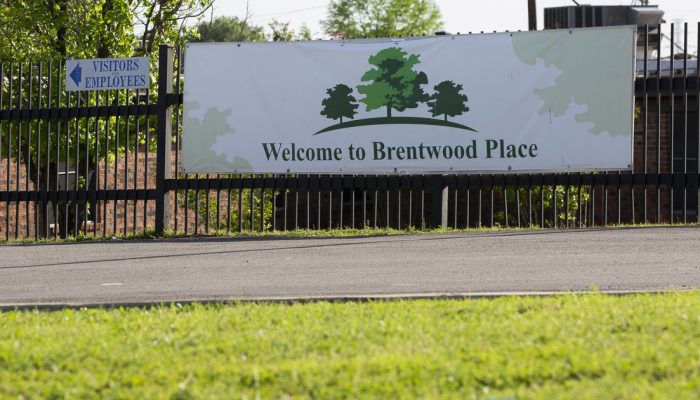 
Rita Reynolds moved into Brentwood Nursing Center in February to be closer to church friends. Her son could visit more easily too, because it’s near a bus line. Just two months later, she finds herself living in a hotspot of the coronavirus outbreak in Dallas.

At least 76 residents at the southeast Dallas nursing home complex have gotten sick with COVID-19 and seven have died, officials said, making it the highest infection and death rate of any nursing home in the county.

Now, the state Health and Human Services Commission is investigating the outbreak at Brentwood, along with all other facilities that have reported cases, The Dallas Morning News confirmed Friday. The coronavirus spread among this vulnerable population has worried families and put health experts on alert, highlighting the virus’ devastating effect on the elderly and systemic problems within Texas nursing homes.

Reynolds’ daughter has not seen her mother since two days before the state banned family visits to nursing homes on March 31. Her mind is sharp, but Reynolds needs constant care for her severe osteoporosis, Seritha Wyatt said, and her high blood pressure makes her more vulnerable to the ravages of COVID-19.

Wyatt has struggled to get information about the virus’ spread since the first cases were publicly reported at Brentwood earlier this month, she said, leaving her feeling powerless. Her biggest fear is that her mother will not live to see her 74th birthday in June.

Brentwood Nursing Center said Friday its infection numbers appear higher than those of other facilities because it says it has tested residents more extensively than other places. Employees follow the latest federal health guidance and are “strictly adhering to all directives from the oversight and regulatory entities involved,” the facility said in a statement to The News.

“We are profoundly saddened by the passing of our residents due to the COVID-19 pandemic,” the statement added. “Our thoughts and prayers are with the families, friends and staff.”

Under a Dallas County order, long-term care facilities must report how many residents have tested positive for COVID-19. They also must disclose the number on their website and update it as more cases are discovered, according to county officials.

As of Friday, Brentwood’s website said only that “at least one resident” had tested positive.

Reynolds has not been tested for COVID-19, she told The News. She regrets her move.

“She’s so afraid,” Wyatt said, through tears. “I just want to get her out.”

As businesses remain closed and Americans stay at home to help slow the spread of the coronavirus, many communities forced to live in close quarters have been unable to outrun the virus. The nation’s nursing homes have been among the hardest hit.

According to an Associated Press analysis, more than 11,000 nursing home residents across the nation have died after contracting the coronavirus, which enters the body through the nose or mouth and attacks the respiratory system. Patients often die of complications due to the disease, like pneumonia.

In both Dallas County and statewide, about 40 percent of known coronavirus-related deaths occurred in long-term care facilities, data shows.

COVID-19 has infected nursing home residents across Dallas County. Skyline Nursing Center in Oak Cliff has reported 41 confirmed cases of the virus, including three deaths, and Duncanville Health and Rehab has 21 cases as of Friday.

But Brentwood Nursing Center has reported the highest infection rate among nursing homes in the county, according to the most current data from Dallas County Judge Clay Jenkins’ office.

The News sent a list of questions to Brentwood about its response to the outbreak. Its response did not answer several of our queries and came from a general account.

Brentwood Nursing Center said it is “committed to providing the highest level of care.” Employees are aggressively monitoring residents, re-training and deep cleaning the facilities. Group activities have been canceled and staff and residents are practicing social distancing.

It is difficult to pinpoint who actually is responsible for the day-to-day care at Brentwood.

The public ownership of the facilities makes them eligible to receive money from a state fund for nursing homes that show improvement, called the Quality Incentive Payment Program. Hospital districts that put their names on a nursing home’s license get part of this money.

But Coryell and Dallas counties’ health systems do not run the daily operations at Brentwood. Instead, records show that the four buildings are run by at least two different entities managed by a Los Angeles-based healthcare company. Its LinkedIn page, however, says the company is based in Greenville, about an hour northeast of Dallas.

Brentwood did not answer questions about its management structure and who bears ultimate responsibility for the quality of care within the facilities. The California management company did not directly respond to our questions for this story.

The federal government rates nursing homes from one to five stars based on state health inspections, staffing levels and quality of care. The two buildings that reported COVID-19 cases have the lowest rating of one star, though their ratings used to be higher.

The Brentwood complex has received nearly $10 million of the quality improvement funds since September 2017. These funds are meant to incentivize improvements and slowly improve facility ratings. Providers said the incentives also help make up for the chronically low amounts they receive through Medicaid to pay for residents’ care.

Brentwood did not answer questions about why the federal ratings for some of its facilities were falling as it continues to benefit from the incentive program.

None of the four buildings in the Brentwood complex currently has a top federal rating. But until this week, Brentwood Nursing Center included a claim prominently on its website that it was “five-star quality rated” by the federal government. After The News asked about the claim, it disappeared from the website; the company did not respond to questions about why it was removed.

It is not surprising that many low-rated nursing homes are seeing outbreaks, according to Kay Van Wey, a Dallas personal injury lawyer who specializes in medical malpractice cases. Low ratings mean a home has already had problems, she said.

For instance, state inspectors cited Brentwood Place One in September for not following procedures to prevent infection. A nurse’s aide did not wash her hands or put on clean gloves after changing a resident’s undergarments, records show. And in 2018, the home was cited for not routinely checking six residents who had bed sores.

“The COVID-19 outbreak is laying bare the pervasive problem we have in Texas with very low-quality care in some nursing homes,” Van Wey said.

In fact, more than half of all nursing homes in Texas have one- or two-star ratings. Only Louisiana fares worse, based on the current federal data.

Texas also has the worst staffing levels, on average, of any state, meaning fewer employees are taking care of frail residents. The higher number of residents assigned to each staff member also increases the risk of spreading infection.

There’s no research yet on whether low-rated nursing homes are more likely to have COVID-19 infections or deaths, said Michael Barnett, a professor at Harvard University’s School of Public Health. The first nursing home in the U.S. to suffer a coronavirus outbreak, in Washington state, had a five-star rating.

Still, Barnett said, “It’s not that hard to imagine that nursing homes that have one or two stars are going to be worse off.”

That may be due to reasons beyond a nursing home’s control.

“On the one hand, it could be that these facilities are worse at infection control. On the other, it may be the case that these facilities are predominantly located in poorer areas with higher community rates of COVID-19,” said David Grabowski, a health policy professor at Harvard Medical School who paired with Barnett to write about how nursing homes are ground zero for the coronavirus pandemic.

Texas researchers recently identified the neighborhood surrounding the Brentwood nursing homes in southeast Dallas as a high-risk area because residents there have more chronic health problems, making them especially vulnerable to developing the most severe COVID-19 cases.

Other local retirement homes and assisted living facilities have also reported COVID-19 cases, but the federal government does not inspect or rate them.

On Friday, a spokeswoman for the Texas State Health and Human Services Commission, Kelli Weldon, said the agency is looking into infection control practices at Brentwood. The agency is investigating all reports of COVID-19 cases at nursing homes and assisted-living facilities per guidelines from the federal Centers for Medicare and Medicaid Services.

“When a nursing facility notifies us of a serious incident as required, such as a positive COVID 19 test for a resident or staff member, we actively investigate to assess the facility’s compliance with all relevant health and safety rules,” Weldon said.

Dallas City Councilman Jaime Resendez, whose district includes the Brentwood complex, expressed concern over the virus’ spread there and dismay that it may have misrepresented itself as a five-star quality facility.

“It’s extremely disappointing,” Resendez, who was born and raised in Pleasant Grove, said. “Any additional scrutiny on that facility is justified.”

The agency will release its findings when the investigation is complete.

Until then, much of what is going on inside the facility is a mystery.

Wyatt said staff did not deep-clean the facility until Brentwood Two reported 10 COVID-19 cases. And when she finally reached an administrator, three days after the media first reported the virus there, Wyatt said she was told Brentwood staff had called and left her a message informing her of the outbreak.

She said that’s not true.

The News was unable to confirm these allegations. Brentwood did not respond to questions about them.

The family is so frustrated with the lack of information, she said, that even Reynolds calls the front desk trying to get answers. But Wyatt said she worries the most about her mother becoming infected. She said her mother’s new roommate recently recovered from the virus but still uses a device to help her breathe.

Not being able to help her mother has made this the worst time in her life. Now, Wyatt pledges never to let her live in another nursing home. She and her brother are working to get a place together, one where they can care for her on their own while working.

“My prayer is to get her out and take care of her for the rest of her life,” she said. “I know it won’t make up for what she’s been through, but hopefully I can bring a little joy into her life, into all of our lives, while she’s still alive.”