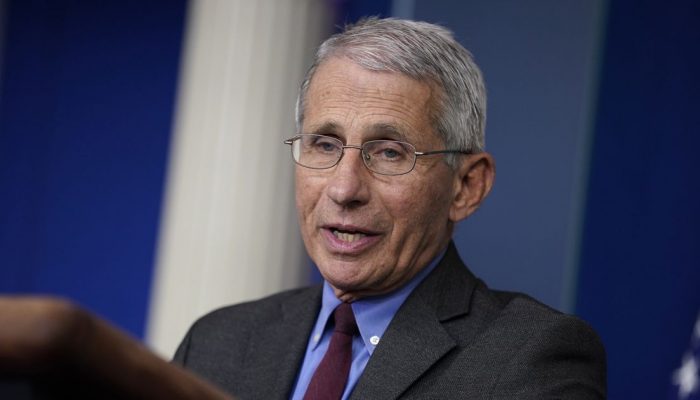 Reasonable people can disagree about how long stay-at-home orders should last and whether the off-label use of drugs like hydroxychloroquine to fight the COVID-19 pandemic will prove as efficacious as many, including President Donald Trump, hope.

But what we should all agree on is that we don’t scapegoat our government’s leading infectious-disease expert, Dr. Anthony Fauci, for delivering an informed opinion, based on decades of experience and the best empirical data, that many, understandably, don’t want to hear.

Yet that’s exactly what some pundits and politicians are doing. In recent weeks, there’s been a misguided and dangerously irresponsible effort to force a wedge between the president and Fauci, a trusted public-health adviser under six presidents who’s headed the National Institute of Allergy and Infectious Diseases since 1984. He’s been called a “grandstander” and far worse by those who criticize him for calling for stay-at-home orders that are sinking the economy and amount to “national suicide.”

Ironically, the man handpicked by the president to provide his valuable expertise and guidance in an unprecedented public-health crisis has received death threats and become, at least in some circles, the embodiment of all that is wrong with our government’s response to the pandemic. It’s enough to make you believe the cynics are right when they smugly say “No good deed goes unpunished.”

There’s a reason Trump turned to Fauci — who he has repeatedly called a “good man” — early in this crisis, appointing him to his White House Coronavirus Task Force on Jan. 29. That reason can be summed in three words: expertise, reliability, trust. There is no more trusted infectious-disease expert in the world than Fauci. And trust, based on sometimes unwelcome scientific facts, is our greatest ally in the fight against this pandemic.

That’s not to say that we as Americans would ever blindly follow some COVID-19 czar or unquestionably allow government to indefinitely curtail our basic civil liberties. There’s a balance that clearly must be struck. And politicians and public-health experts must work together to strike that balance. Indeed, the consequences of not doing so will be counted in lives lost, as well as livelihoods lost if our economy remains crippled indefinitely.

The good news is that, as Dr. Deborah Birx, coordinator for the White House Coronavirus Task Force, made clear this past week, new data that show the infection curve may be flattening in some parts of the country, which offers “great encouragement.”

Fauci, during a White House press conference Thursday alongside Trump and Vice President Mike Pence, reiterated that progress, and why it’s being made: “At the same time as we’re seeing the increase in deaths, we’re seeing a rather dramatic decrease in the need for hospitalizations. That means that what we are doing is working and therefore we need to continue to do it.”

What we are doing is social distancing, staying at home, and in millions of cases where working from home is impossible, forgoing — if not losing — our jobs. The government’s massive fiscal stimulus will help bridge this awful chasm for many.

But widespread testing, better mitigation strategies such as ramped up production and distribution of masks and other personal protective equipment, not just for health care workers but for the general public, are key to getting folks back to work and the economy up and running.

Again, we’re seeing progress on all of these fronts. As Birx told reporters this past week, we’re now testing between 118,000 and 120,000 people in the U.S. for the virus each day. And mask production, with the help of Texas companies like Prestige Ameritech in cooperation with the Texas National Guard, is skyrocketing across the country.

Instead of shooting the messenger, we should be listening to experts like Fauci and Birx and understanding that we will win this fight. Not by political sniping or pitting some members of the White House task force against others. But by analyzing real data as quickly, safely and scientifically as possible, and collectively adjusting our public-health strategies accordingly.