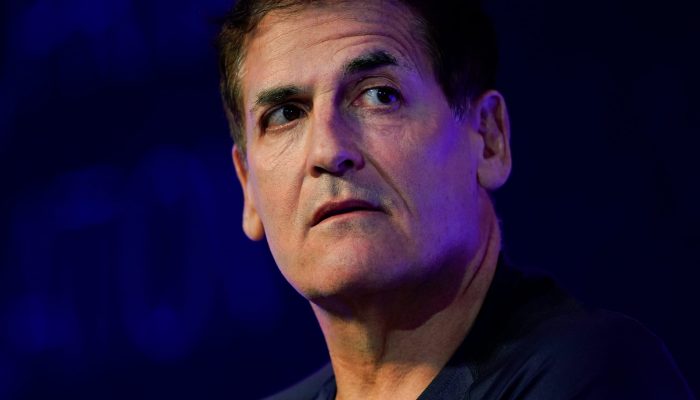 
Mark Cuban told CNBC on Friday that he believes small businesses in Texas face numerous challenges in trying to reopen safely and effectively during the coronavirus pandemic.

“There’s all these downstream issues that really haven’t been addressed yet, and small businesses haven’t been provided the support they need to actually get open,” said the owner of the NBA’s Dallas Mavericks and “Shark Tank” investor. “I think it’s more show than go, but we’ll see what happens.”

However, he stressed there are real difficulties for small businesses who may want to actually reopen. For example, he said businesses will be operating with less capacity and increased costs to comply with safety and sanitation standards. “Do you have to deal with your HVAC system? What about sterilization? What about disposal of masks or other things?” he asked.

Cuban said he worries about workers who rely on tips, such as waiters at restaurants. The state’s restaurants can now operate at no more than 25% capacity while having in place increased sanitation practices. “Unless the employer is going to guarantee them a much higher rate because you’re going to have diminished number of customers, then they’re not going to want to come back to work,” he said, suggesting they may need to stay on unemployment for financial reasons.

Texas has issued new guidance on unemployment benefits in response to the loosening of restrictions, allowing people who are high risk for severe illness from Covid-19, or live with people who are high risk, to remain eligible even if their employer is operating again. Additionally, people who don’t have access to child care can continue to be eligible, as are people who are sick with Covid-19 or have been in close contact with someone who is sick.

Cuban also raised the issue about returning workers having increased exposure if they have to again start using public transportation, such as buses or, in the Dallas area, the light rail system. “Now you’re adding a big load onto the rail system and you’re increasing the risk of catching Covid which is obviously not going to benefit your business if that happens.”

Texas had 28,728 confirmed cases of Covid-19, according to Johns Hopkins University data Friday. The state on Thursday reported more 1,000 new infections, its largest one-day increase since April 10, according to the Houston Chronicle.

Angela Farley, CFO and COO of the Dallas Regional Chamber, said the organization’s members were each adopting their own approach to the relaxed restrictions. She said that many companies in the professional services sector, for example, that have had employees working from home effectively have signaled they will continue to do so. Some have indicated they may start bringing some portions of employees back into the office in mid-May or June 1, she said.

“For the restaurants, what we’ve been hearing anecdotally is, if they were already open and doing to-go [orders], they’re definitely opening. They’re ready to go today and excited,” she told CNBC in an interview. “For restaurants that are completely closed, they are very unlikely to reopen at 25% because they can’t break even at that amount. It’s not worth restarting until they can open at higher capacity.”

The Dallas Regional Chamber has around 800 companies as members, representing about 600,000 employees.

Farley said the business community in the Dallas-Forth Worth area has questions about legal liability during this phase one opening, but the top focus is so far around the ability and willingness of employees to work.

“I think we can’t understate the psychology of all of this,” said Farley. She added that older employees will face barriers to returning, “but a mom with young kids at home is just as vulnerable. She’s also going to have a barrier in returning to work. Employers are going to have to be really mindful and be flexible.”

Texas joins Georgia and Tennessee as some of the first states to ease up on coronavirus-related business restrictions. Each state has different plans for how to begin reopening their economies.

Last week, the owner of a barbershop in Georgia told CNBC that she was facing logistical challenges to reopening, such as not being able to find disposable capes for customers to wear when getting their hair cut. “This can’t happen overnight,” said Diane Fall, owner of Maxim Barbers in Decatur.

Across the U.S., nearly 1.1 million people have been infected, almost a third of all the cases in the world, according to data from Johns Hopkins.

— Disclosure: CNBC owns the exclusive off-network cable rights to “Shark Tank,” on which Mark Cuban is a co-host.

About the Author: Kevin Stankiewicz