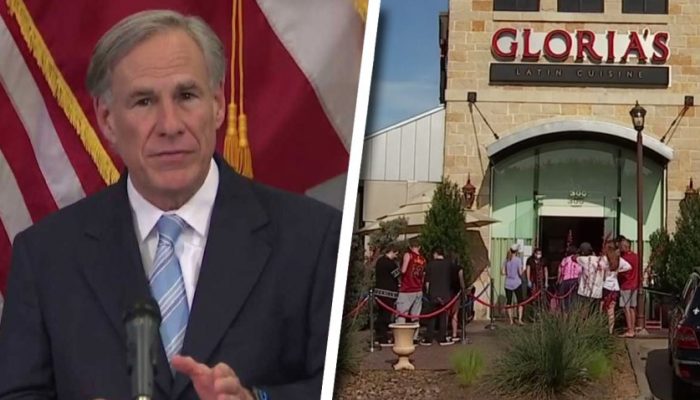 
The plan Texas Governor Greg Abbott’s announced Monday to reopen restaurants, movie theaters, and retail stores on Friday drew worries from some Dallas business leaders who think it is too fast.

Oak Cliff Chamber of Commerce President Kiyundra Jones said she knows people who’ve been ill and some who have died. She said she was surprised and concerned about the Governor’s announcement.

“It’s just a complex,
unfortunate situation and very few of us know how to handle it,” Jones said.

At the grocery store and
other essential businesses that were open already, Jones said she has seen many
people who have not complied with Dallas County Judge Clay Jenkins’ order to
wear face coverings.

On the other hand, Jones
is a realtor and she has seen the damage done to her Chamber of Commerce
members by the stay at home orders.

The Chamber has extensive information about the disease and relief programs posted online.

Many businesses have closed for good,
unable to survive without income.

Four disappeared overnight without notice during the shutdown from a small Jefferson Boulevard shopping center owned by Amanda Moreno Lake.

She owns other Oak Cliff properties where businesses are closed, many of them for good. She said landlords have expenses too and can not afford to lose tenants.

But Lake also said she had mixed feelings and is worried about the Governor’s phased opening plan.

“Having no vaccine is a
scary part and having no cure for this. And there’s so many unknowns. I’ve
never experienced anything like this in my life,” Lake said.

Another reopening plan
presented last week to a Dallas City Council Committee came with input from
North Texas businesses from the North Central Texas Council of Governments and
the North Texas Commission.

It had detailed recommendations from cleaning and social distancing as the Governor’s plan does but put businesses in different phases.

Phase one of that plan was
offices where workers could be widely separated with little or no public
contact.

Phase two was warehouses and
factories where workers would also have separation and little public contact.

Phase three of that plan was free-standing retail establishments where public access could be regulated and to go delivery used as an option.

Phase four in that plan was
hair salons and barbers.

Phase five is where
restaurants would reopen.

The governor will reopen restaurants and movie theaters in Phase one of his plan with an initial limit of 25% occupancy. Hair salons and barbershops could come by mid-May in the Governor’s plan if illness does not spike in the next two weeks.

“I think safety is important. I think social distancing is
important,” Lake said. “We do have to come up with a plan and be responsible.”

“The governor has made a decision and, under Texas law, he has the final say in these matters, so now it is incumbent upon all Texans to ensure that this plan is successful. Dallas residents and local leaders have worked hard to flatten the curve of COVID-19’s spread, and we must continue our commitment to social distancing practices, good hygiene, protecting our vulnerable populations, and doing all we can to increase testing and contact tracing.”