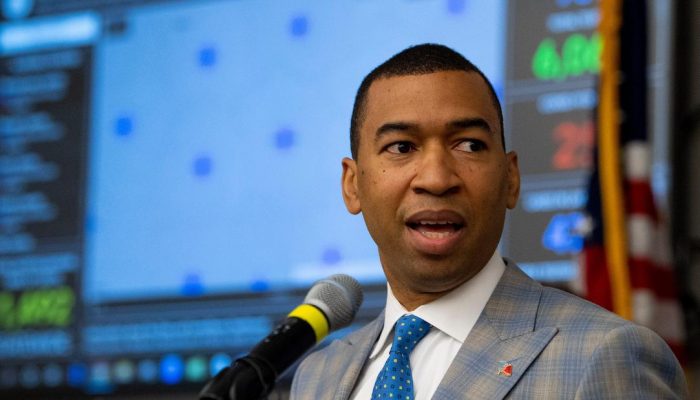 
Montgomery, Alabama, on its last intensive care unit bed, was sending sick patients to Birmingham, more than an hour away, officials said.

Alabama had 13,288 confirmed Covid-19 cases as of Thursday afternoon, according to Johns Hopkins University data. At least 528 people have died. That’s 2,358 more cases than reported the same time last week. At that time, 450 deaths had been reported.

Montgomery County has more than 1,000 cases and 28 people have died, according to the state health department’s data.

Al.com reported Wednesday that coronavirus cases have more than doubled since May 4 in the four counties that make up metropolitan Montgomery.

Reed told CNN his hope in using such stark terms was to get the attention of the public.

“This is a serious matter and we have to maintain our practices even as many people are relaxing restrictions and the economy is opening back up,” Reed said in a phone interview.

“We need to take more individual responsibility in how we go about our daily lives. In this community we are not in a safe place given the numbers we are seeing.”

She said the holiday weekend and loosened restrictions could cause the virus to “go like a prairie fire … It is now really having the potential to get out of control.”

“All of us want to make sure we play football this fall, and to make that happen, we must be sure we stay at home if we have symptoms, wash your hands often, follow social distancing guidelines and please wear a mask any time you’re around other people,” Saban says.

Most states across the country can ease some restrictions safely, but spikes in areas that have broadly reopened early are expected, according to the model put together by a team at the Children’s Hospital of Philadelphia and the University of Pennsylvania.

States that have lifted restrictions slowly and selectively might escape immediate resurgences, the model predicts.

“While our models show that rising temperatures and humidity levels are having an impact on reducing the spread of Covid-19, those hot, humid days of summer are not going to eliminate the threat of virus resurgence,” said PolicyLab’s Dr. Gregory Tasian, senior scholar in the Center for Clinical Epidemiology and Biostatistics at the University of Pennsylvania’s Perelman School of Medicine.

“The areas of the south that our models project have a high risk of resurgence in the next few weeks may already be approaching their average summertime temperatures and humidity levels,” Tasian added.

“Therefore, their risk for seeing increasing case counts rests solely on how cautiously they reopen communities and manage crowding.”

In Birmingham, the most populous city in Alabama, coronavirus cases are also increasing sharply.

Jefferson County, where Birmingham is located, had 1,453 confirmed cases as of Thursday, according to the state’s health department data — which is a jump of 35% from the 1,075 cases reported two weeks ago. The county has had 85 deaths attributed to Covid-19.

Jefferson, Montgomery and Mobile counties are gaining attention as possible Covid-19 hotspots in the state, CNN affiliate WBRC reported. Those three had the highest numbers in the state as of Wednesday night, WBRC said.

Part of the increase can be attributed to increased testing, State Health Officer Dr. Karen Landers said, according to WBRC.

Reed said he was certain the shortage of ICU beds was directly related to the state loosening restrictions.

“That’s definitely a part of opening up too soon and not adhering to CDC guidelines,” Reed said.

Many patients in Montgomery area hospitals are not from the city, but rather from rural areas where the health care systems cannot meet the needs of the community, Reed said.

“We don’t want to lose anyone, any life, because we don’t have the resources to treat them in this community,” Reed said. “I want us to really think about the seriousness of that because none of us know who will need that ICU bed today, and who may need that this evening, tomorrow, or this extended Memorial Day weekend.”

Alabama Gov. Kay Ivey’s stay-at-home order didn’t go into effect until April 4, and expired at the end of that month. Ivey replaced it with an order that eased restrictions.

As of May 11, restaurants and bars were allowed to serve customers on site, gyms and athletic facilities, hair and nail salons and barber shops were allowed to open. Groups of any size are allowed, as long as the 6 feet distance guidance is followed.

Employees but not students will be asked to wear masks, with “reasonable steps” for social distancing and deep cleaning of frequently used equipment.

Beaches and the holiday weekend

The mayor of Daytona Beach, Florida, talked to CNN’s Alisyn Camerota about what to expect at the beach this holiday weekend.

Mayor Derrick Henry said beachgoers have to stay at least 10 feet apart and although masks are advised, it’s “not realistic or practical to ask people to go to the beach and wear a mask.”

Overall, Henry said, people have been complying with directives.

“We really haven’t had a lot of problems. I would say, you know, close to zero in terms of when you ask people to do something they have done it,” Henry said. “So we are not trying to arrest people if they do not remain separate, we just give them the information and by and large, they’re compliant.”

Henry also said the county is adjusting guidelines for lifeguards conducting rescues but did not have details.

Virginia Beach, Virginia, Deputy City Manager Ron Williams tells CNN the beaches are ready for visitors. The city is asking for visitors within driving distance only and are keeping their parking garages at 50% capacity. Teams will clean high-touch areas every two hours, and beach “ambassadors” will ask people to comply with social distancing rules.

“We have the widest beaches on the East Coast and so the goal is people can come and recreate on the beach by sitting. Past few weeks, we’ve been in an exercise and fishing only environment, per the executive orders that Gov. Northam issued,” Williams said. “So, now you can sit on the beach and what we want everyone to do is to help stop the spread by making sure they’re maintaining the executive orders for 6 feet apart and no more than 10 in a crowd.”