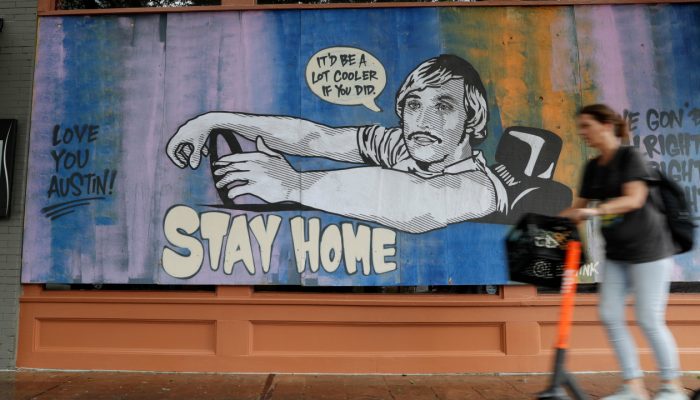 AUSTIN (Nexstar) – Protests in recent days at the Governor’s Mansion and at the State Capitol brought out groups of people calling for the end of stay-at-home orders in Texas. The rallies highlight growing pressure on state leaders to find ways to get Texans back to work.

The orders create a new strike force to plan for reopening. The strike force will partner with a team of medical advisers and will work alongside an advisory committee of business leaders to help strategize ways to safely reopen businesses.

“We’re now beginning to see glimmers that the worst of COVID-19 may soon be behind us,” Abbott said.

Abbott’s plan calls for reopening businesses around the state in phases. One of his orders would allow retail stores to reopen, but only for to-go sales. Under the order, stores could bring employees back to work, but customers could not go inside the business.

“We’ve seen that this model works well also containing COVID-19. We believe that all stores in Texas to be able to operate retail to go,” Abbott said at the news conference announcing the plan.

But Texas is still seeing hundreds of new COVID-19 cases each day. While the number of new cases from the week ending April 18 is lower than the previous week, experts tracking the pandemic say Texas is a long way from getting back to normal.

“We have to have some straight talk with the population about the virus and its risk,” said Gerald Parker, director of Texas A&M’s Biosecurity and Pandemic Policy Program. “This virus is not going to go away anytime soon.”

Parker predicts that a vaccine is still 18 to 24 months away. He said until the vaccine arrives, social distancing and other steps to manage the curve will need to stay in place. Parker said the country needs to increase and improve testing and tracking of the virus.

“Hire an army of public health, frontline providers that can do the contact tracing and help isolate to those who may be infected,” Parker said. “And we’re going to have to ramp up our diagnostics,” he added, saying limited testing right now makes it difficult to determine how widespread the virus may be in communities across Texas.

Governor Abbott said that more testing is becoming available daily in Texas. He said the results will determine how the state moves forward. Abbott said he’ll announce revised plans for reopenings on April 27.

“We need to do a measured reopening of our economy and get our industry back to work,” Parker said. He believes the current shutdown also brings a significant impact on public health and mental health. But he emphasized that leaders need to move forward with caution.

“We cannot stay in lockdown forever,” Parker said. However, he added that the COVID-19 risk, and protective measures like social distancing, will be with us for a lot longer.

“We’re still gonna have to manage the curve before we have a vaccine,” Parker said.

A judge ruled in favor of allowing more Texans to be eligible to vote by mail during the coronavirus pandemic. The Texas Democratic Party sued the state and Travis County Clerk Dana DeBeauvoir to expand eligibility requirements.

The lawsuit challenges current restrictions to mail-in ballot eligibility. People who are away from their home county during the early voting period and election day can vote by mail. Eligible voters who are in jail can also get a mail-in ballot, as can voters how are age 65 and older. People who have a disability are also eligible to vote by mail.

The lawsuit argues that the disability provision in the Texas Election Code should also apply to voters who believe they need to practice social distancing to protect themselves or someone else from the virus.

Judge Sulak agreed with the argument. On Friday, he ordered a temporary injunction, which allows voters to apply to receive a mail-in ballot if they believe doing so would protect themselves from COVID-19.

Texas Attorney General Ken Paxton vowed to appeal the decision. He said in a telephone town hall that allowing more Texans to vote by mail would lead to more cases of voter fraud.

Even before the hearing, Paxton weighed in with his own opinion about the voting law. He wrote that “fear of contracting COVID-19… does not constitute a disability under the Election Code for purposes of receiving a ballot by mail.”

Governor Abbott previously indicated he would not support expanding eligibility for mail-in ballots. He ordered elections scheduled for May to be moved back to July due to current health concerns.

One state lawmaker is calling on Gov. Greg Abbott to appoint an emergency task force to look into COVID-19 racial disparities. The request from Rep. Shawn Thierry (D-Houston) is getting bipartisan support.

African Americans have been hit particularly hard by COVID-19, with higher rates of hospitalizations and of deaths from the disease. That disparity is happening around the country and here in Texas.

“The African American population in Houston is approximately 23%, yet 66% of the COVID-19 deaths are Black residents,” Thierry wrote in a letter to the Governor. She wrote that creating a task force could help save lives in the community.

“The task force’s goal would be to issue recommendations to medical facilities or municipalities on effective testing plans to meet the needs of this high-risk population,” Thierry explained during a call with reporters on Tuesday. She announced on that call that she had drafted the letter that day.

Since then Thierry reached out to other lawmakers both through individual calls and e-mails, as well as conference calls and online meetings. By the time she sent the letter to Gov. Abbott, 49 House lawmakers signed on in support.

Most who signed on are Democrats, but the list includes influential Republicans like Dan Huberty (R-Humble) and Jeff Leach (R-Plano). The list also includes Freedom Caucus members like Matt Krause (R-Fort Worth), Matt Shaheen (R-Plano), and Valoree Swanson (R-Spring).

“I talked to my colleagues and what I said is this is about people, not politics,” Thierry said. “I can tell you, every member, Democrat, Republican, that I spoke with identified with that.”

Thierry said COVID-19 has affected her on a personal level. She said she knows people who have died from the disease. Thierry said many of the people at risk are considered essential workers.

“These are the workers that are out there driving our buses and doing a lot of the jobs while other people are having the benefit of quarantining,” Thierry said. “If a significant portion of the African American population is being a patriot and doing their jobs, the least we can do is everything we can to save their lives.”

“The implementation of the Task Force is a well-reasoned, timely action,” Thierry wrote in the letter. “It should be deemed as a proactive, versus reactive, bipartisan approach to reducing the COVID-19 mortality and morbidity rate for African Americans, which essentially, and simultaneously, protects the health and well-being of all Texans.”

State health officials confirmed 14 group homes in Texas have had cases of COVID-19.

Though the virus has hit just a fraction of the state’s 2,936 group homes, it is having a widespread impact on facilities’ ability to stay open.

Group homes provide care for individuals with intellectual and developmental disabilities. The homes are often located in residential neighborhoods, house fewer than half a dozen people and are funded through Medicaid. The Texas Health and Human Services regulates the homes, and the agency confirmed Thursday 14 homes reported at least one case of the virus in residents or staff.

HHSC would not release exact locations or the number of infections or deaths related to group homes.

In addition to group homes, COVID-19 cases have surged at nursing homes throughout the state. Several state-supported living centers have had cases. These centers are larger state-operated facilities for medically fragile people with developmental disabilities and behavioral problems.

FULL COVERAGE: The latest coronavirus news in Austin, Texas, the United States and the world

Doug Svien is the CEO of The Company of Rock House, a group home operator with about 100 locations in Texas, including over a dozen in Williamson County. He said the virus has caused staffing shortages and pushed many families to remove relatives from homes.

Texas group homes, like this one in Cleburne, blend into residential neighborhoods throughout the state. (photo courtesy Doug Svien)

“I would be surprised if, across the state of Texas, it isn’t somewhere around five to 10% of the people went home to mom and dad out of fear or concern,” said Svien, who added that his company has closed six locations due to COVID-19.

The homes Svien operates are small, typically housing four to six people with disabilities like autism or cerebral palsy. Small shifts in one home’s population can quickly strain operations.

“Do I have enough staff today? If you have three people go home from a house, you have one person living there. Can I temporarily move them to another house? Well, the rules don’t let you do that. Can’t get waivers on some things.”

Svien, who is also the president of the Provider Alliance for Community Services and mayor of Stephenville about 60 miles southwest of Fort Worth, said it can be difficult to teach group home residents about social distancing and hygiene measures that are critical to stopping the virus’ spread.

There have been nearly 650,000 confirmed cases of the virus in the U.S. including over 16,000 in Texas and 977 in Travis County, according to the City of Austin’s tracking website.

“Some of our folks don’t even understand what COVID is,” Svien said. “We have to do [education] through role-playing. We have to do it through games. We have to do it constantly re-iterating … It is difficult, but they deserve to be protected just like you and I do.”

In an April 2 letter to HHSC, Disability Rights requested the state take emergency action to ensure the program governing group homes would be able to address staffing shortages, access to care issues and additional services that may be necessary during the ongoing crisis.

Disability Rights asked the state for a list of temporary changes to address shortfalls due to the virus, including increased payment rates, modifying the scope of health services, allowing telephonic staff training, among many others.

“Unless addressed, this problem could potentially impact tens of thousands of Texans with intellectual and developmental disabilities (IDD),” according to Disability Rights’ letter. “Once a person with IDD becomes COVID-19 positive, the protocols for staying safe such as isolation and social distancing are more problematic and challenging to enforce.”

Susan Murphree with Disability Rights said the state has “modified some of the training requirements and certification requirements for people to come in and provide direct supports in the facility and some of that happened in the group homes, but it could go further.”

Murphree said it is simply tough for individuals in group homes, who are used to certain daily activities, to deal with changes or to go without services they may need.

“It is quite a change for the individuals in the group homes, who are used to engaging in their communities and, you know, really benefit a lot of times from structured activities,” she said.