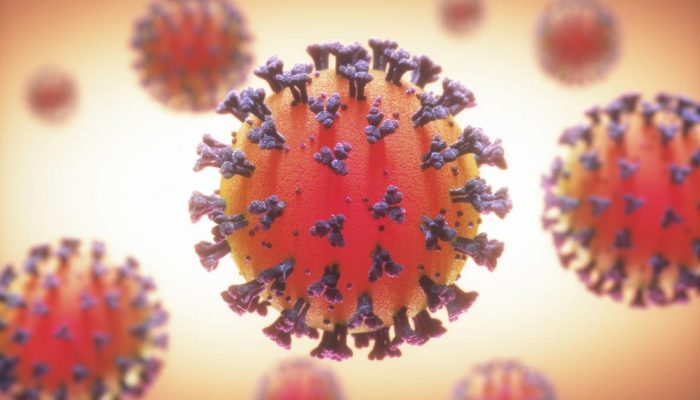 
GREENSBORO — Camden Health and Rehabilitation on the city’s western edge apparently has been flagged as the first, local nursing home with what state officials call an “ongoing outbreak” of COVID-19.

The facility off Koger Boulevard, about a mile from the Wendover Avenue/Interstate 40 interchange, alerted residents and their relatives to the situation on Tuesday.

A relative of one resident, who asked not to be identified, said the facility let them know in an automated phone message from one of its administrators.

“He said that last night they confirmed an outbreak there at the facility,” according to the person who received the automated message Tuesday.

The relative said that the latest call followed a similar automated message on April 6 “to inform all family members” that the facility on Marithe Court had logged its first confirmed case of the respiratory disease.

State health officials define an “ongoing outbreak” at a nursing home or similar facility as at least two cases of COVID-19 that have been confirmed through lab testing.

Meanwhile, this week for the first time, the state Department of Health and Human Services added Guilford County to its list of counties with at least one nursing home experiencing what state health officials define as an “ongoing outbreak.”

The county’s previous listing on DHHS’s list of ongoing outbreaks had been at a residential-care facility, a category for centers that provide a less intensive level of medical care than skilled nursing homes.

Camden Health officials did not directly answer questions from the News & Record, which sought to confirm the information provided by the anonymous relative.

Instead, they provided a general statement about a nursing home’s residents being “especially susceptible to this virus” and how it requires intense efforts to combat such a threat.

“For more than a month, we have restricted visitors from entering our facility, canceled all group activities and social dining,” Camden Health administrator James Detter said in an email message. “We have screened staff, residents, health care providers and local emergency management upon entry to the building.

“Each day, we have at a minimum taken resident daily temperatures, performed respiratory assessments and monitored other medical information beyond what is normally required.”

Additionally, the News & Record had wanted details of how COVID-19 patients were doing and a description of Camden Health’s response to the situation.

“This is our statement from Camden Health and Rehab,” Detter said. “If the family that contacted you wants more information, they can reach out to the facility.”

State government does not identify by name nursing homes or other “congregate care” facilities experiencing an outbreak, but only lists how many every county has within each category.

State officials say they officially acknowledge an outbreak has ended after there are no more cases at a facility and 28 days have passed since symptoms began for the last afflicted resident.

The residential-care listing apparently stems from an outbreak that began in March and seems to have been successfully quelled at Heritage Greens on Meadowood Street, also in western Greensboro.

Residential-care centers cater to the needs of residents — often retirees — who do not require skilled nursing.

Heritage Greens had three residents battling the coronavirus in March and early April. But they all have recovered.

The center “currently has no active COVID-19 cases,” Jeramy Reid, its executive director, said in a written statement Tuesday.

And the last of the Heritage Greens cases is close to being fully resolved, Reid said.

“The assisted-living resident — who has been in isolation at the community since returning from the hospital on April 1 — has been fever-free for 19 days and tested negative on April 15,” Reid said of the last case.

Regulations require two such negative tests before a patient is officially deemed “cleared and recovered,” he added.

“And we are awaiting results of a second test that occurred yesterday,” Reid said Tuesday in an email message.

Heritage Greens has been forthright about its tussle with the coronavirus, a readily transmitted disease that poses special challenges in any group-living environment.

The “senior living” community on Meadowood Street has prominently displayed a “COVID-19 Update” on its internet home page and readily responded in detail to media inquiries.

Reid said that residents throughout Heritage Greens are “self-isolating” to prevent spread of the respiratory disease, meaning they are separated from other residents and do not have communal dining or other group events that could expose them to infection.

Reid said Heritage Greens continues to closely monitor the health of all residents and staff members.

“Care teams are wearing full personal protective equipment and all associates are wearing masks and gloves,” he said, adding that all staff members are screened for signs of illness before starting work each day and that residents get their temperatures checked twice daily for any signs of illness.

Such precautions are recommended but not required for residential-care facilities. Many of them are mandatory at nursing homes.

Cooper and state DHHS Secretary Mandy Cohen said they reasoned that residents of nursing homes warranted more safeguards because, in general, they were more frail and likely to have underlying medical conditions that could aggravate COVID-19’s impact.

About the Author: Taft Wireback