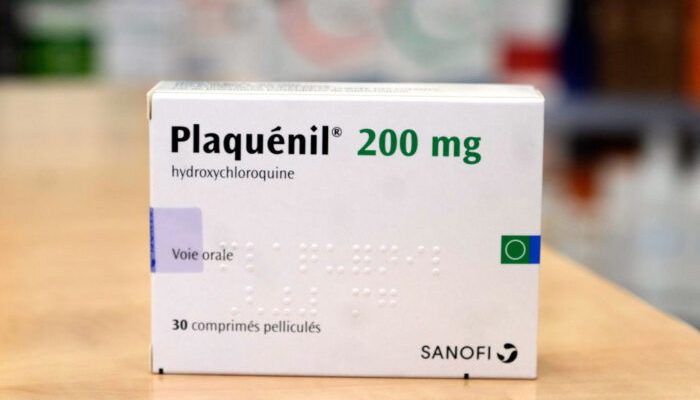 The branded version of hydroxychloroquine, which French drugmaker Sanofi markets outside the U.S., where the decades-old drug is available only in generic form.

The largest study to date on whether hydroxychloroquine works as a treatment for Covid-19 has been retracted, the journal that published it said.

The Lancet published a statement Friday from three researchers – Dr. Mandeep Mehra, of Brigham and Women’s Hospital in Boston; Dr. Frank Ruschitzka, Switzerland’s University Hospital Zurich; and Dr. Amit Patel, University of Utah – that they had requested the retraction of an analysis published last month of more than 96,000 hospitalized Covid-19 patients, of whom about 15,000 received the malaria drug, along with about 81,000 controls. The analysis indicated that not only was the drug ineffective, but it potentially raised the risk of heart arrhythmias and death.

The researchers wrote that they had requested a retraction after concerns arose about the veracity of the data and analysis on which the study was based and when the firm that provided it – Chicago-based Surgisphere – refused to transfer over the full dataset, client contracts and a full audit report, citing confidentiality and contractual reasons.

“We always aspire to perform our research in accordance with the highest ethical and professional guidelines,” the researchers wrote. “We can never forget the responsibility we have as researchers to scrupulously ensure that we rely on data sources that adhere to our high standards.”

Another study, published in The New England Journal of Medicine about the use of cardiovascular drugs in Covid-19 that also used data from Surgisphere, was likewise retracted over similar concerns about the data used.

The Lancet study had been seen as a blow to the hypothesis that hydroxychloroquine – which is approved for malaria and some autoimmune disorders – could be used as a treatment for Covid-19. Following its publication, the World Health Organization halted enrollment in the hydroxychloroquine treatment arm of a clinical trial it is running, while the French government revoked its authorization for the drug. The WHO has resumed enrolling patients into the hydroxychloroquine arm.

The drug gained attention when President Donald Trump and his supporters in the media made several statements promoting its use and calling it a “game changer” despite only limited data and anecdotal accounts to support it. Hydroxychloroquine also played a major role in the ouster of Rick Bright as director of the Biomedical Advanced Research and Development Authority, after he pushed back against promotion of the drug. Interest in the drug was recently renewed when Trump revealed that he had been taking it to prevent Covid-19.

However, data from a randomized, placebo-controlled trial announced last week testing hydroxychloroquine as a post-exposure prophylaxis against Covid-19 among healthcare workers and those living in close quarters with patients found that it was ineffective. Other, single-center studies, conducted by researchers at two centers in New York, have also found it to be ineffective.

About the Author: MedCity News