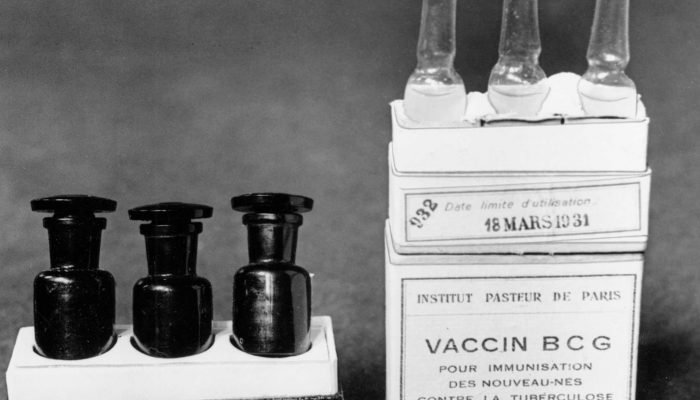 
Texas A&M University researchers have begun recruiting health care workers to test whether a century-old tuberculosis vaccine can help in the fight against the coronavirus, scientists’ latest attempt to repurpose a drug to fend off the deadly pandemic.

The researchers, who are teaming with Harvard University, MD Anderson Cancer Center and Baylor College of Medicine, say the expectation isn’t so much that the vaccine will prevent people from becoming infected as that it could result in fewer hospitalizations and deaths from COVID-19, the illness the virus causes.

The vaccine, given to millions of people every year, has a proven track record of providing benefits not primarily intended by the intervention.

“This could make a huge difference in the time before a specific vaccine is developed for COVID-19,” said Jeffrey Cirillo, a Texas A&M Health Science Center professor of microbial pathogenesis and immunology. “I really think it can tip the balance against the pandemic.”

The vaccine — BCG, short for bacille Calmette-Guérin — is used on about 100 million people a year, mostly in the developing world, where studies have shown it has helped patients fight off bacterial, viral and fungal infections. It is used in the United States as an immunotherapy against bladder cancer.

Cirillo said repurposing BCG represents a speedy way to treat COVID-19 because it already is approved by the Food and Drug Administration. Because researchers can skip the earlier clinical trial phases necessary to prove a drug is safe, the vaccine could be available for use against COVID-19 in six months, said Cirillo, maybe even sooner if early results show a benefit.

The trial follows previous therapeutic investigations enlisting the blood plasma of recovered COVID-19 patients, stem cells, drugs with anti-malarial and anti-arthritis properties and broad spectrum antivirals as doctors look for anything that will work against the new disease. Currently, there is only experimental treatment and supportive care.

The trial is the first in the U.S. to test the vaccine against COVID-19. There are similar trials, using slightly different vaccines, ongoing in the Netherlands, Australia and Germany.

Cirillo said he is being contacted by researchers around the nation interested in joining the trial, but he lacks the funding to expand it beyond Texas, Boston and Los Angeles, where Cedars Sinai Medical Center also will participate.

The idea to try BCG was born of researchers’ observation that COVID-19 rates of death and serious illness were lower in some developing countries where the vaccine is widely used, a premise that some researchers warn against reading too much into, given the difficulties teasing out all of the factors that could cause COVID-19 to hit one Third World country harder than another.

“BCG has been talked up to be a ‘silver bullet and a game changer,” Madhukar Pai, a lead TB researcher, wrote in an opinion piece in Forbes. “We need to tone down the hype, focus on getting stronger trial evidence, because the hypothesis is definitely worth chasing.”

To that end, participants in the Texas A&M trial will be randomly assigned to receive either the vaccine or a placebo. Researchers, who won’t know which participants received, will follow the patients for six months to see if they develop symptoms.

Cirillo said he is hopeful about the vaccine’s possible benefit against COVID-19 because the body fights the coronavirus in a manner similar to how it attacks bladder cancer, setting off a storm of immune activity that can cause more harm than good. BCG modulates that effect, boosting the beneficial activity and suppressing the out-of-control aspects.

Supply of the vaccine could be an issue. The dose used in each bladder cancer patient is enough to vaccinate 100 individuals, but since 2014, there has been a shortage of BCG globally.

That shortage is mostly because it is made by only one manufacturer, Merck, and the profit motive isn’t great, because the drug is inexpensive. It treats most of the 80,000 Americans diagnosed annually with the disease.

But in the face of a global crisis, researchers are hopeful, given that the vaccine is easy to grow in 21 days, a short period of time.

“If we see a benefit from the early data around mid-August, I think we should start looking at whether this sort of immune intervention needs to be implemented before a second COVID-19 wave hits in the fall,” said Dr. Andrew DiNardo, a Baylor infectious disease specialist who will be leading the trial’s arm there. “I’m hopeful about the possible benefits.”

DiNardo said his hypothesis is that the vaccine can provide 30 percent to 60 percent protection against symptomatic infection.

Cirillo is even more optimistic, predicting BCG can lower hospitalization and death rates by 70 percent to 80 percent.

Baylor, MD Anderson and Harvard are still awaiting the final green lights from their internal review boards, but Cedars Sinai got the go-ahead to begin recruiting patients Tuesday, and Texas A&M hopes to vaccinate its first patients, in Bryan-College Station, either Friday or next week.