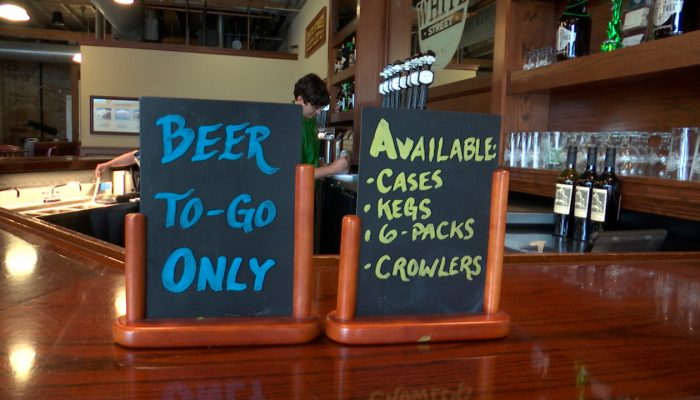 AUSTIN (KXAN) — Bar and nightclub owners say they could begin opening their doors to the public within the next few weeks.

The proposed roll-out would begin in two phases with restaurants opening first on May 5 and bars and nightclubs coming two weeks later on May 19, according to the Texas Bar and Nightclub Association.

How do you feel about this timeline? Would you go visit a bar or restaurant at this time? pic.twitter.com/aQQO8WMFAC

Those dates still haven’t been formalized.

A spokesperson with the office of Governor Greg Abbott told KXAN to prepare for an announcement on Monday, April 27.

The Texas Bar and Nightclub Association (TBNA) is pushing the governor to allow bars to open in phase one and has sent a letter to his office with their safety proposals.

There are three recommendations suggested to maintain public safety.

Michael Klein, the president of TBNA, said bar owners will strategically place tables and chairs throughout the bar to enact social distancing, owners will follow CDC guidelines to maintain acceptable indoor capacity standards and they will hire additional workers to enforce the guidelines.

“We can do this in a safe manner and we can prevent some of the permanent closures of businesses that have taken years to build,” Klein said.

According to the TBNA, 15% of bars and nightclubs within its membership would be permanently closed if they can’t open by May 1. If that date is pushed back to July 1, it predicts half of the alliance will close. That number jumps to 75% if the date is pushed to September or later.

Woody, who employs around 400 people in the bar, nightclub and restaurant scene downtown, said he will adhere to the governor’s decision, but he hopes Abbott will consider opening his businesses in phase one.

“We don’t really see a big issue with both of them opening at the same time but we will certainly adhere and go with whatever the governor says to do,” Woody said.

Woody thinks the decision may be accelerated since bars are no longer paying the mixed beverage tax because they are closed. He said the longer bars stay closed, the more money the state is losing out on. He suggested that number hovers in the billions of dollars.

Whatever date the governor decides, Klein says its important for people to do what’s right for them.

“We encourage everyone to make the best decision for themselves and their families,” Klein said.

The Texas Restaurant Association has already provided a reopening checklist.

It includes things like finding high-touch point areas and cleaning regularly, keeping track of guests and moving furniture to adhere to social distancing. In places where hand washing with warm water is not available, the TRA says it will provide hand sanitizer for customers and staff.