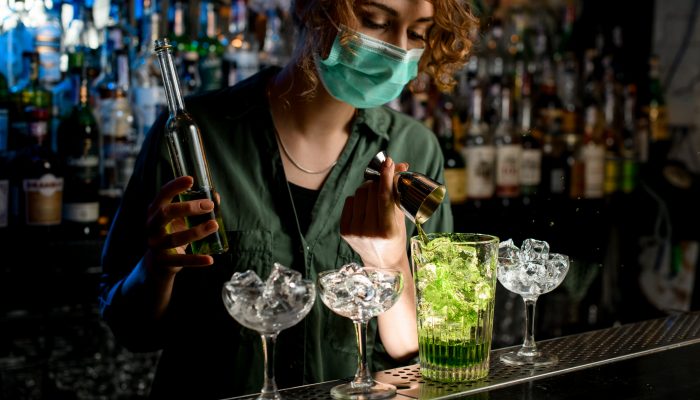 
Texas bars that are preparing to reopen amid the COVID-19 pandemic on Friday are unlikely to see business return to usual right away due to several strict protocols that will be in place.

Texas Governor Greg Abbott announced that bars and a number of other businesses could reopen or expand operations during a Monday news conference, with the governor stressing that he was focused on finding “ways to co-exist with COVID-19 as safely as possible.”

“Bars, wine tasting rooms, craft breweries and similar businesses can open at a 25 percent capacity,” Abbott said. “Like with restaurants, those capacity limits do not apply to outdoor areas that maintain safe distancing.”

In addition to the 25 percent cap on indoor occupancy, Texas bars that choose to reopen will be subject to a host of other restrictions, according to protocols released by the state. Establishments must physically barricade bars and remove bar stools so patrons can neither sit nor order at them under the new rules.

Service will only be provided to individuals seated at tables or booths, limited to groups of no more than six. People in different groups are required to maintain six feet of distance, while dancing and other activities that “enable close human contact” are discouraged. Bars must also designate an employee to help enforce the six-foot distance requirement.

For those who are dining at the establishments, disposable menus, utensils and condiments must be provided and thrown away after each customer leaves. New supplies must be given when new customers arrive, since items cannot be left on unoccupied tables. Buffets are effectively banned, with employees required to dish out food from any buffet offerings.

In addition to bars, other businesses allowed to resume operations on Friday include bowling alleys, bingo halls, skating rinks and aquariums. A handful of Texas counties deemed coronavirus “hotspots” will see the openings delayed until May 29.

Restaurants in Texas had been operating at 25 percent capacity since being allowed to resume dine-in services on May 1, but will be able to double capacity to 50 percent on Friday. Abbott insists that his reopening strategy is based on data and advice from medical experts.

“Every decision I have made… is unanimously supported by our team of medical experts,” Abbot said. “From day one our mission has been to use data and doctors to open Texas in a safe and responsible way that contains the spread of COVID-19.”

While some metrics have been encouraging, such as a decline in number of hospitalizations, the state has seen COVID-19 cases rise as restrictions continue to be eased. The largest number of new infections in a single day was recorded on Saturday, when over 1,800 Texans were said to have tested positive.

Newsweek reached out to Abbott’s office for comment. This article will be updated with any response.