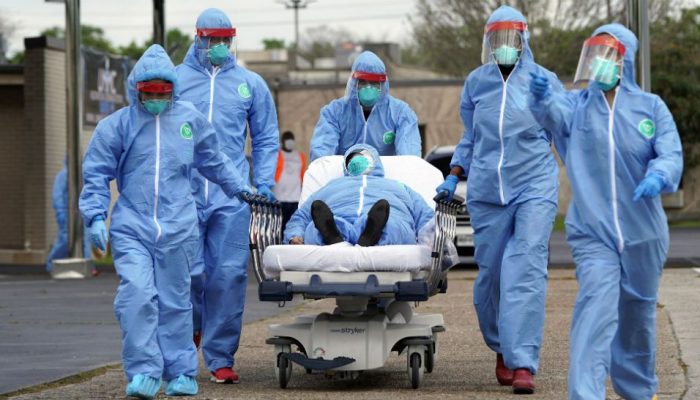 AUSTIN, Texas — Thursday marked the highest single day increase for deaths related to the new coronavirus in Texas. It comes one day before the state is set to start reopening retail, restaurants, malls and movie theaters to limited amounts of customers.

There were 50 additional deaths reported Thursday, bringing the statewide total to 782. New numbers from the state also show more than one thousand new cases. That’s the first time the daily case count has been more than 1,000 since mid-April.

“The reason why I’m confident about opening now is the decision was based upon both the data as well as the advice of doctors,” he said.

Gov. Abbott said over the past month the percentage of people testing positive has decreased, as well as hospitalization rates have either stayed flat or decreased. He also said testing will be ramping up across the state.

“We should be up to a capacity of 25-30,000 tests per day in May based upon these two factors: one is the White House just announced it will be sending out about 20 million [collection] swabs in the month of May…and most of the testing is actually done by the private sector. And there are announcements every single day across the entire state of Texas about additional testing capacity coming online through the private sector,” he said.

Gov. Abbott said Texas should get about 1 million of those testing swabs.

The state also issued new guidelines Thursday so that Texans who choose not to return to work due to the virus can continue receiving unemployment benefits.

Texans who are at high risk or live with high-risk people, such as people older than 65 and those who are immunocompromised, can still receive benefits. Those who have been diagnosed with COVID-19, are in a 14-day quarantine or live in a household with someone who has tested positive for the coronavirus can also continue receiving benefits. The expanded guidelines also apply to people who don’t have access to child care.

“For more general based issues, it will have to be determined on a case by case basis,” Abbott said.

The governor also said he’s continuing to reach out to hair salon, bar, gym and barbershop owners about reopening and hopes to make an announcement about that soon.

Click the video link above to watch our full interview with Gov. Abbott.