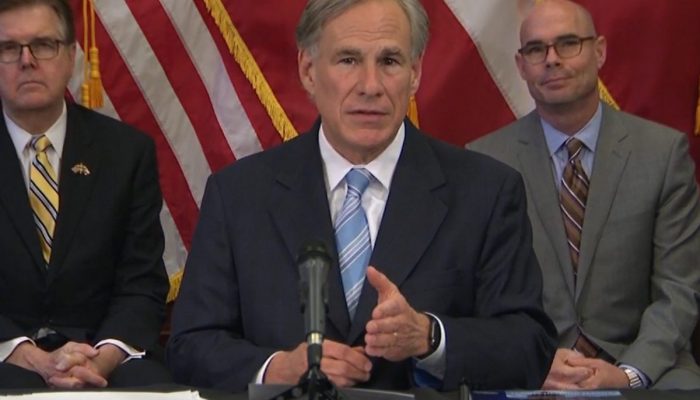 The state of Texas will begin lifting restrictions placed on businesses to help stop the spread of the coronvirus this week, Gov. Greg Abbott said Monday.

In what Abbott called “phase one” of the “reopening” of Texas’ economy, all retail, restaurants, movie theaters and malls can reopen at 25% capacity starting Friday. Museums and libraries can also reopen, but hands-on exhibits must remain closed, Abbott said.

“Every life lost is a tragedy, but the fact is the tragedies in Texas have been far fewer than most states in the United States,” Abbott said. “The lives saved are priceless, but the price has been steep. Many have lost jobs, others have lost businesses.”

As part of the order, religious institutions can also expand capacity on Friday, and outdoor sports will be allowed to continue, so long as they involve no more than four participants at any given time, and involve social distancing, like golf and tennis. All licensed health care professionals are allowed to return to work with fewer restrictions, but hospitals must still reserve 15% of capacity for COVID-19 patients.

There are different standards for smaller counties. Those with five or fewer confirmed cases of COVID-19 will have all restrictions lifted on May 1, Abbott said.

A second phase, which opens more businesses and allows for more sporting activities, could come as early as May 18, pending more than two weeks of medical data to confirm no “flare-ups”, the governor said.

When asked to clarify, Abbott said an increase in the number of confirmed cases alone would not be enough to constitute a “flare-up,” and instead the state would monitor hospitalization and death rates.

Abbott issued his executive stay-at-home order on March 31, a week after Harris County and Austin officials issued their own executive orders. The governor’s directive was only in place for a little more than two weeks before he relaxed some of those restrictions, allowing for “retail-to-go” operations similar to guidelines that were set for restaurants, and opening state parks, while also loosening some surgery requirements.

Abbott said he would let the statewide stay-at-home order expire on April 3o, and that on Friday, state guidelines would supersede any local orders. Specifically, Abbott said “no jurisdiction can impose any penalty or fine” for disobeying orders like Harris County Judge Lina Hidalgo’s directive requiring most people to wear a face covering when leaving the house. That order went into effect Monday.

In making his decision, Abbott cited a COVID-19 infection rate on the decline, and a steady hospitalization rate as factors. The governor said Texas has fared much better than the rest of the country, and has the third-most recoveries from COVID-19 in America. Abbott estimated that the number of people recovered would soon exceed active cases in Texas.

But for some health experts, questions still remain about how prepared Texas is to go back to normal. Doctors aren’t sure about whether the state can increase testing and contact tracing to levels needed in order to safely lift such restrictions, the Texas Tribune reported.

Some public health officials, meanwhile, are worried that lifting those restrictions will roll back much of the work already done by local communities.

“The lag in this virus is two weeks,” Harris County Public Health Executive Director Umair Shah told Houston Matters on Monday. “My concern is that as we open up and people start to mix back together, are we looking at an increase in surge a couple of weeks from now, that we’ve not seen thus far? And that is the unknown that continues to keep me concerned.”

No matter what restrictions are lifted, Shah said, Harris County residents should continue to take those protective measures — facial coverings, social distancing — to avoid a potential surge in cases.