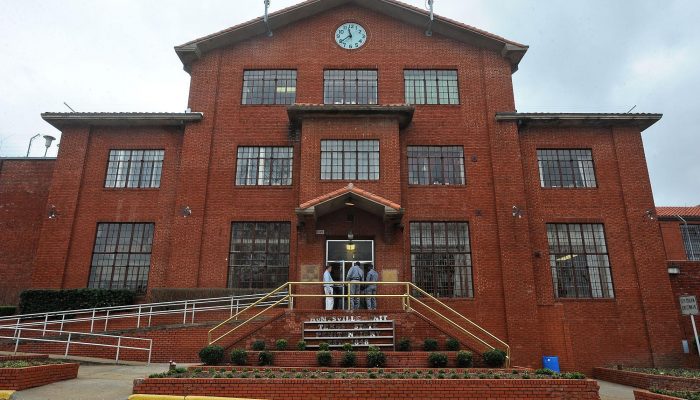 A federal judge on Tuesday granted a stay of execution for a Texas death row prisoner who was scheduled to die next week.

Ruben Gutierrez, who turns 43 on Wednesday, has maintained his innocence in the 1998 slaying of a trailer park owner in Brownsville.

His attorneys have long sought to test the available evidence for DNA to show whether he was responsible for the crime. His attorneys also argue that the state’s policy that blocks chaplains and spiritual advisers from entering the execution chamber violates his constitutional rights. Gutierrez wants a Christian chaplain to accompany him to his execution.

“The Court concludes that Gutierrez has made a showing of likelihood of success on the merits of at least one of his DNA or execution-chamber claims,” according to the ruling made by Brownsville Federal District Court Judge Hilda Tagle.

The Texas Attorney General’s Office has appealed the ruling to the Fifth U.S. Circuit Court of Appeals, according to Gutierrez’s lawyer, Shawn Nolan.

“In a case with no physical or forensic evidence against him, to execute Mr. Gutierrez without conducting DNA testing would be the ultimate violation of his civil rights,” Nolan said in a statement. “Additionally, the state is refusing to allow Mr. Gutierrez to have a Christian chaplain accompany him into the execution chamber, in violation of the First Amendment of the U.S. Constitution. (The Texas Department of Criminal Justice) cannot just pick and choose which of its own rules and which constitutional rights apply to a prisoner and it should not attempt to conduct an execution under these circumstances.”

Gutierrez was sent to death row following the 1998 slaying of Brownsville trailer park owner Escolastica Harrison. Court records say she stashed about $600,000 of cash inside her home because she didn’t trust banks. She was fatally stabbed during Gutierrez’s attempt to steal the cash with two other accomplices.

Gutierrez was originally scheduled for execution in 2018, but a judge granted a stay when his then-attorney asked to be taken off the case.

His execution was rescheduled to June 16. Nolan continued to argue in federal court for DNA testing and a Christian chaplain’s presence in the execution chamber. A judge agreed to review those claims in a June 2 memorandum.

Ahead of Tuesday’s decision, Gutierrez’s attorneys also separately requested a stay of execution from the Texas Court of Criminal Appeals, this time for complications related to COVID-19. That motion is still pending.

About the Author: Julian Gill