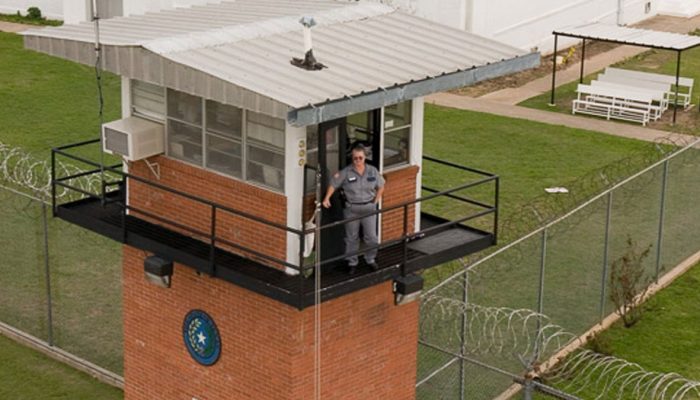 
The number of positive cases of the 2019 novel coronavirus is expected to continue to “expand dramatically” in Texas jail populations now that nearly 42,000 inmates and staffers have been tested for COVID-19, with thousands more yet to come, according to the Texas Department of Criminal Justice.

The TDCJ confirmed Tuesday that over that last seven days a strike team using oral swabs has tested 34,033 offenders and 7,863 employees for the virus. Results from roughly 32,000 of those tests given to offenders are still pending, but the TDCJ did have results for 1,635 offenders and said 1,446 cases were negative while 189 were positive.

Results of the strike team testing that have been received so far show a positivity rating of 12% for inmates. Should that positivity rating stay consistent as the remaining tests are confirmed, several thousand other offenders could also end up testing positive for COVID-19.

The TDCJ said Wednesday they are conducting a careful analysis of the numbers as they come in and that they are doing their best to prepare for all possibilities.

Last week, when they reported 1,095 positive tests, the TDCJ announced they were expanding testing to include asymptomatic inmates. The increase of 582 positive tests over the last seven days includes both the 189 positive results received so far from the strike team’s tests as well as 393 other cases that had been reported previously but not yet included in that daily total. The rise in new cases uncovered by the strike team is an increase of 11.9%, not the 42% initially reported in this article that also included the 393 cases the TDCJ said Wednesday had been previously recognized.

On their website the TDCJ reported to date there have been 38,203 offenders and 11,836 employees tested for the virus, including pending cases, with 2,214 offender cases being positive and 742 staffer cases being positive. Those numbers are expected to climb as case results are confirmed. TDCJ also said 457 of those offenders and 145 staffers have recovered from the virus.

There are also 32 inmates who are confirmed to have died after contracting the virus along with another 27 whose deaths are being investigated and are awaiting autopsy results. In addition, the TDCJ confirmed there have been seven line-of-duty deaths among staffers who died after being infected with COVID-19. However, since staffers are able to leave the jail there’s no way to know for sure where they may have been exposed to the virus.

The strike team has completed testing inmates and staffers at the following 15 facilities with testing ongoing at 16 others.

The Texas Commission on Jail Standards reported Tuesday that at the Tarrant County Jail there were 42 inmates with active cases of COVID-19 along with 26 jailers. At the Dallas County Jail, there are 1,275 active cases of COVID-19 among inmates with another 352 awaiting test results; 229 jailers in Dallas County have tested positive for the infection.