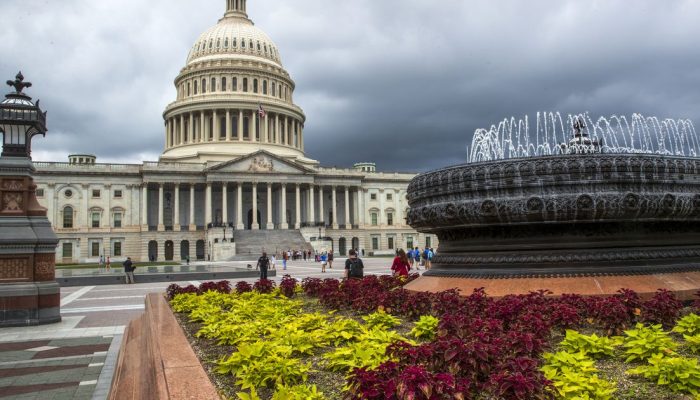 
WASHINGTON – Scores of Texas companies, groups and municipalities are lobbying the federal government over its response to the coronavirus outbreak, reflecting how the pandemic’s reach has extended far beyond just public health.

Everyone from Fort Worth-based American Airlines to Dallas-based Susan G. Komen for the Cure to the city of Dallas has joined in the pursuit.

With Congress passing coronavirus relief packages totaling trillions of dollars – and federal agencies working in overdrive to set rules for those programs – many entities in the Lone Star State have deemed it worth the investment to amplify their voice in the nation’s capital.

“Legislators actually need to hear from their constituents,” said Buddy Guindon, a commercial fisherman and restaurateur who serves as president of the Galveston-based Gulf of Mexico Reef Fish Shareholders’ Alliance, which is among the groups lobbying specifically on COVID-19.

The emphasis in Texas is part of a national trend, one that saw overall spending on federal lobbying in the first quarter of this year reach a near-record of more than $900 million, according to an analysis by the Washington-based Center for Responsive Politics.

That largesse isn’t a total surprise, considering the scope of both the coronavirus-related problems and the solutions put forth by policy makers.

But it is still remarkable, given that Congress narrowed its focus to just a handful of bills – far-reaching as they may be – in the last couple of months as most lawmakers stayed away from the Capitol to comply with shelter-in-place orders and other social distancing guidelines.

Some firms, such as Dallas-based Southwest Airlines, spent more on lobbying in the year’s first three months than in any prior first quarter. Others, such as Grand Prairie-based Six Flags, hired lobbyists for the first time in years. Still others simply added the pandemic to their agendas.

It’s all part of a new normal, one in which the very task of lobbying has moved almost exclusively to phone calls, Zoom meetings and written correspondence.

Dya Campos is director of governmental and public affairs for H-E-B. The San Antonio-based grocery chain devotes most of its advocacy efforts at state and local governments, but it also spends some money on the task at the federal level.

“I recall back in week one after the emergency declaration, thinking how our ‘lobbying’ in the traditional sense is over,” she said, explaining that amid the fear of the unknown, “you hunker down together and collaborate to problem-solve daily.”

The novel coronavirus’ sweeping impact on public health and the economy has prompted a near-unprecedented government response.

Nearly every corner of President Donald Trump’s administration is, in some way, involved in dealing with the pandemic. Congress, meanwhile, has passed four massive relief packages in recent weeks, with its biggest measure totaling more than $2 trillion.

The Democrat-run House on Friday OKed another sweeping package – this time totaling $3 trillion – though leaders in the GOP-run Senate have made clear that bill is a no-go.

All of that activity has produced a rush of lobbying, with at least 3,200 clients across the U.S. lobbying on issues related to the coronavirus through the end of March, according to the Center for Responsive Politics’ review of quarterly lobbying disclosures.

“Everyone in this country, in every industry, was bombarding the Congress and Treasury trying to make sure their voices were heard,” said Chip Hancock, who leads government affairs efforts for the Dallas-based Southwest Airlines Pilots Association

Nearly 140 Texas entities were among that bunch, according to a Dallas Morning News review of the center’s data.

The count doesn’t include industry groups like the National Retail Federation, which represents the likes of Plano-based J.C. Penney and Irving-based Michaels Co. The tally also leaves out entities that may have started lobbying after March as the public health crisis expanded.

It’s impossible to know just how much time or money is being spent on lobbying specific to the coronavirus due to how such information is reported. But it’s, no doubt, sizable.

That kind of focus on public affairs advocacy in Washington tends to produce snickers about the high-dollar “swamp” surrounding the Capitol. Some efforts from companies in Texas and beyond have indeed drawn scrutiny as the price tag on COVID-19 relief has grown bigger.

Bennett, himself a major Trump donor, was able to have his companies access a small business aid program due to an exemption lawmakers included for restaurant and hotel chains.

His companies, including Ashford Inc. and Braemar Hotels & Resorts Inc, eventually announced they would return the money amid public backlash, following the lead of the burger chain Shake Shack and other publicly traded companies that tapped the “paycheck protection program.”

But lobbying activity runs the gamut, with not all participants being well-known or well-connected.

Among the Texas entities lobbying on the coronavirus are the Lubbock-based Western Peanut Growers Association, the Rio Grande City-based Starr-Camargo Bridge Company, and the fish shareholders’ alliance led by Guindon, the Galveston waterman.

The top task for Guindon has been securing assistance for commercial fishermen, who are typically independent contractors and who’ve been hit hard by stay-at-home orders.

“You can’t win all the time, and you’re not the most important person at the table, most of the time,” he said. “But just to be able to be there to help in the conversation is beneficial.”

Some entities have also petitioned Washington on more than their own livelihood.

Komen, the Dallas-based breast-cancer charity, has focused a good chunk of its coronavirus lobbying on patient priorities, including medical care access and testing costs, said Molly Guthrie, the group’s director of public policy and advocacy.

Those are many of the same points the charity would stress normally, she explained. But the pandemic has added urgency, particularly since cancer patients are often more vulnerable.

That kind of lobbying attention comes as Washington has emptied out.

Lawmakers have stayed in their home districts for weeks at a time to comply with social distancing guidelines, disrupting the usual legislative process of hearings, mark-ups and lengthy debates on all different kinds of bills and resolutions.

Lobbying has also changed, as a result. But some entities said they found lawmakers and their staffs perhaps more available than ever – albeit by phone or Zoom — in part because members of Congress are not spending as much time shuttling to and from D.C.

“They are very eager to participate,” said John Hawkins, who leads federal advocacy efforts for the Texas Hospital Association. “We’re able to provide them information about the on-the-ground issues that our hospitals are dealing with” related to COVID-19.

Another part of the new lobbying equation in Washington is the simple fact that the pandemic is “consuming all the bandwidth,” said Hancock of the Southwest pilots union.

Just consider the airline industry, which is dealing with crushing declines in air travel. The airlines have flooded the zone in Washington, with the likes of American Airlines CEO Doug Parker personally talking to a long list of key officials. But so too have the sector’s unions.

The two sides, which don’t always agree, have even made a point to present a mostly united front in petitioning the government for financial relief.