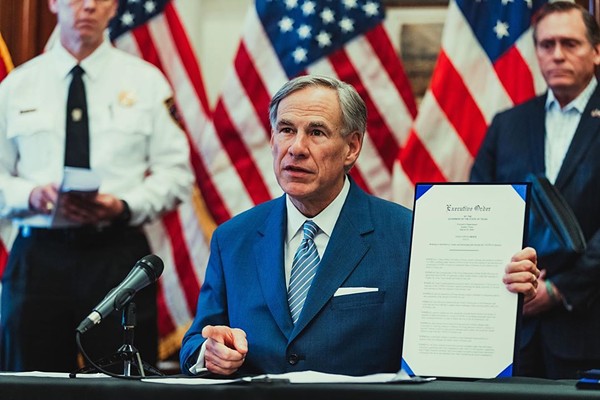 Days after enacting a plan to re-open Texas’ nonessential businesses on May 1, a leaked recording appears to reveal Gov. Greg Abbott acknowledging the order would lead to more COVID-19 infections.

The recording, provided by the group Progress Texas, is purported to be audio of a May 1 call between Abbott and Texas lawmakers about the reopening plan. The recording was supplied by one legislator’s chief of staff to the Texas Democratic Party, a Progress Texas spokeswoman said.

Abbott’s office was unavailable for immediate comment on the recording.

“How do we know reopening businesses won’t result in faster spread of COVID-19?” Abbott asks on the audio. “Listen, the fact of the matter is, pretty much every scientific and medical report shows that whenever you have a reopening … it actually will lead to an increase in spread. It’s almost ipso facto … The goal never has been to get COVID-19 transmission down to zero.”

As the recording progresses, Abbott says his goal is to open the state using strategies that can minimize the spread of the potentially deadly disease. Grocery stores remained open during the statewide shutdown while allowing customers in at limited capacity, he adds.

Abbott cleared Texas restaurants and retailers to open at 25% capacity on May 1, although some opted not to participate. On Tuesday afternoon, he announced he’ll allow hair salons to reopen Friday and that gyms will be cleared to open May 18 at 25% capacity. He has yet to announce a reopening timetable for bars.

The day prior to the first phase of the Abbott’s opening plan going into effect, a total of 50 Texans died from COVID-19-related causes — the state’s highest single-day toll of fatalities from the disease. The same day, another 1,033 people tested positive.

“Gov. Abbott is trying to normalize an increase in cases to make people think the illnesses and deaths are not surprising,” Progress Texas Senior Strategist Glenn W. Smith said in an emailed statement.

“He wants to say this isn’t news. Really? There is no bigger news than a government leader confessing to us that there will be an increase in illnesses and deaths from his actions. Texans are concerned for their families, neighbors, and communities, yet Gov. Abbott plows ahead while following orders from Donald Trump.”

Even though Abbott is pressing ahead with reopening, recent polling suggests many Texans are in no hurry to dine out, pump iron at a gym or swig beers in taverns.

“Governor Abbott finally admitted that prematurely opening Texas is going to lead to more cases and more deaths,” Texas Democratic Party Executive Director Manny Garcia said in an emailed statement. “Republicans are putting our families’ lives at risk so their billionaire donors can get richer. What Texas Republicans say in public yet again doesn’t match what they say in private.”

About the Author: Sanford Nowlin