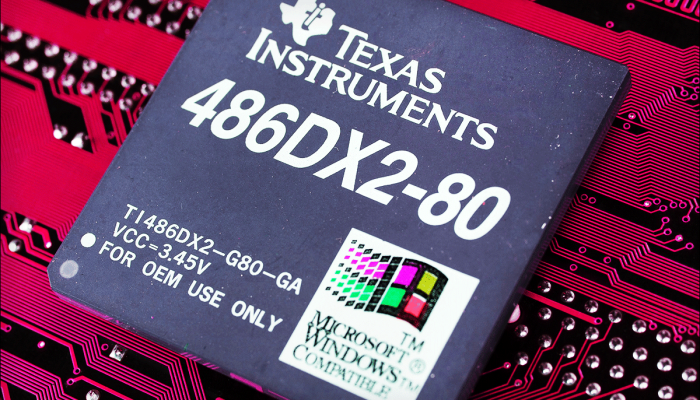 While chip demand is slumping right now, it’s not falling off a cliff either, as weaker demand for chips going into products such as cars, smartphones, industrial equipment and telecom equipment is partly offset by strong demand from end-markets such as notebooks, game consoles and data center hardware.

But as many chip developers and hardware makers are quick to note, there isn’t much visibility about what demand — either for chips or the products that they go into — will look like outside of the very short-term. And that in turn is a good reason to take the full-year and second-half outlooks being shared by some industry firms with a grain of salt.

Though below analyst estimates, many investors were clearly pleased to see STMicro share full-year guidance at a time when so many companies (chip developers or otherwise) are unwilling to do so, as well as to forecast revenue will be down just moderately this year. Also going over well: STMicro’s 2020 guidance implies its second-half revenue will be up relative to its first-half revenue, with sales rising by $690 million if the midpoints of its Q2 and full-year ranges were hit.

But with the COVID-19 pandemic currently expected to cause double-digit Q2 GDP declines in the U.S. and many European countries, and with a lot of uncertainty still remaining about how quickly lockdowns will ease and how consumers and businesses will act in their aftermath, STMicro’s guidance appears to rest on demand recovery assumptions that may or may not play out.

In contrast to STMicro’s commentary, many supply chain reports suggest a lot of chip buyers are still uncertain about how second-half demand will trend even for end-markets that are holding up well right now, such as PCs. And some of STMicro’s peers, such as Texas Instruments (TXN)  , also seem to be pretty unsure of how second-half demand will trend.

On its Tuesday earnings call, TI — historically one of the more candid chip developers out there when it comes to talking about demand trends — made references to reduced visibility (both its own and that of its customers) a half-dozen times. TI also issued a Q2 sales guidance range of $2.61 billion to $3.19 billion, which compared with a $3.19 billion consensus and was more than twice as wide as the Q1 guidance range it issued in January.

TI, which rose 4.8% on Wednesday, noted that it has seen orders decline in recent weeks after benefiting from customer inventory builds in March and April (this fits with comments from peers such as NXP Semiconductors  (NXPI) and Microchip Technology (MCHP) ), and that the midpoint of its Q2 guidance range assumes these order declines will continue. The company added that it’s relying on its experiences during the 2008 financial crisis, when demand fell sharply for two quarters before rebounding over the next six, to “inform decisions on operating plans, revenue forecasts, and investment and spending plans.” But it also cautioned that no two recessions are the same.

Though operating in very different industries, one can draw some parallels between TI’s comments about low demand visibility and the remarks that Netflix (NFLX)  made on Tuesday about its Q2 subscriber add guidance being “guesswork.” Both companies seem to have a good appreciation of how many variables are in play as an unprecedented public health and economic crisis unfolds, and want to make sure their investors have a good appreciation of it as well.

However, with markets currently eager to bid up shares of many companies in response to the arrival of any kind of favorable news or commentary, a full-year outlook such as the one STMicro delivered ends up driving additional gains both for the issuer and its peers. One just has to hope that the outlooks hold up well in the coming months.

Get an email alert each time I write an article for Real Money. Click the “+Follow” next to my byline to this article.