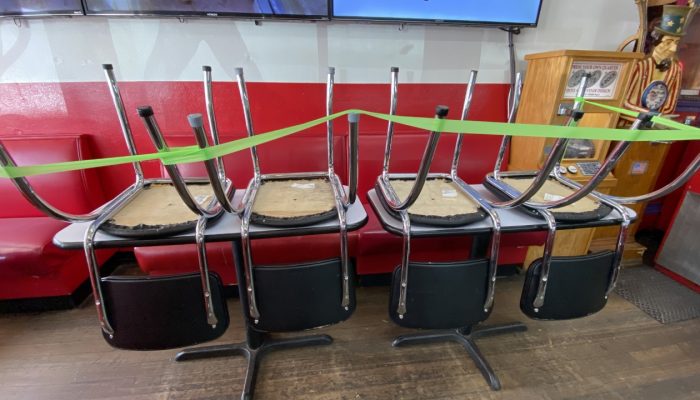 AUSTIN (Nexstar) — State leaders in Texas are imploring Congress to consider legal immunity for businesses that reopen amid the coronavirus pandemic.

In a tele-town hall this week, Texas Lt. Gov. Dan Patrick said a top concern he has heard from Texans is “getting customers back and not getting sued.” He has inquired with federal leaders about it.

Gov. Greg Abbott announced a phased reopening of the state’s businesses starting May 1, beginning with restaurants and retailers.

“You don’t want any bad, you know, press from, you know, opening up and then somebody getting sick from your business,” Dodson said. “You just want to be safe and you want the community to be safe.”

Texas House Speaker Dennis Bonnen said he and other state leaders have had discussions with members of Congress.

“If these businesses are following guidelines, if they’re doing the responsible things, they shouldn’t be held accountable,” Bonnen said.

“We don’t need to stop the opening of our Texas economy because personal injury trial lawyers want to go after every decently minded and business person trying to get back to work,” the Angleton Republican stated emphatically.

“They’re being asked open their businesses at a 25% capacity,” Bonnen explained. “That’s difficult, but they’re doing it, and they’re going to do it, and when they do that they shouldn’t have to have the fear and the danger in the womb of these lawsuits because they don’t do something perfectly.”

U.S. Senator John Cornyn, R-Texas, said he was on board with finding ways to prop up— rather than pinch— business owners worried about legal trouble during this pandemic.

“We’re looking at a number of different angles to that,” Cornyn said.

“We haven’t decided exactly what that might look like. But I agree that it is a problem. And we need to address it at the federal level,” Cornyn said.

State Rep. Chris Turner, D-Grand Prairie, who serves as chair of the Texas House Democratic Caucus, said the legal system ought to determine what happens in these situations, not Congress.

“I think there’s not a one size fits all and I think that, you know, I think government’s focus right now needs to be increasing testing, and ensuring businesses that are up and are doing so in a safe manner, to where we’re minimizing exposure to the virus,” Turner said.

Congress represents what is likely the fastest way ti implement a liability waiver. State lawmakers do not reconvene until January unless Gov. Abbott calls a special session.

Kelsee Pitman contributed to this report.